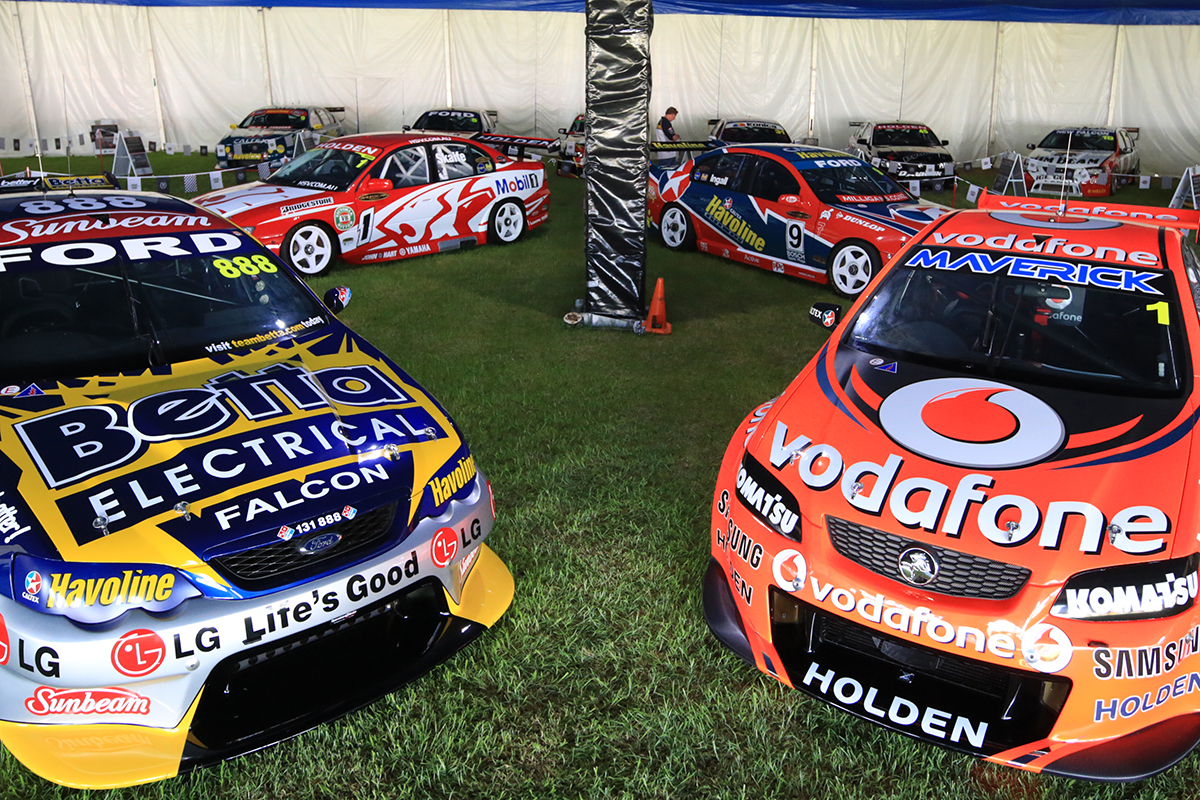 A collection of classic Supercars is on display at the Adelaide 500 as part of the event’s 20th year celebrations.

Housed in a marquee on the outside of the circuit before the final corner, the celebration of Supercars history features some significant cars.

Retained by Triple Eight, the Betta Electrical Falcon took a popular victory in the 2006 event, after an emotional Lowndes fended off Rick Kelly to claim the Peter Brock Trophy. 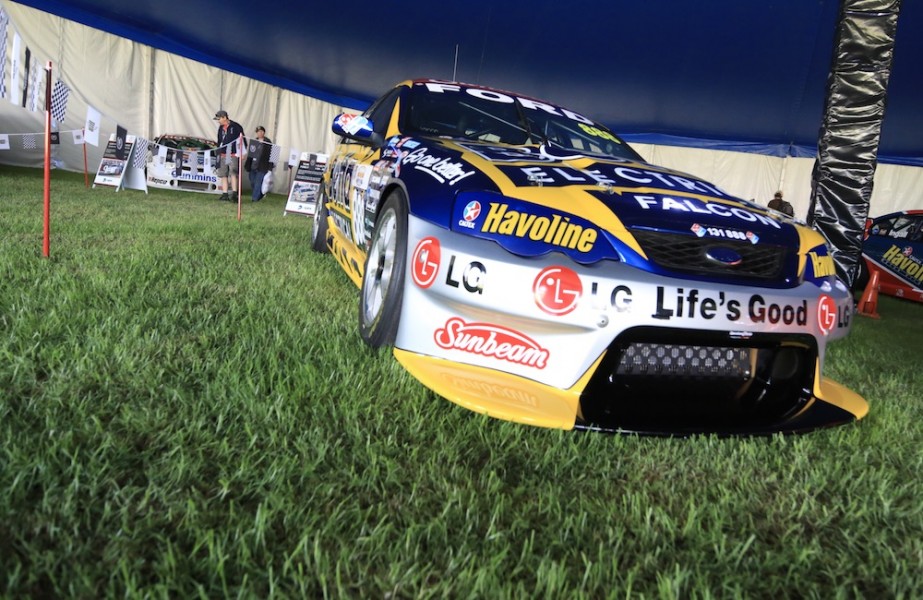 It also won a race in Adelaide, taking out the Saturday leg in 2005 with Lowndes at the wheel.

Whincup meanwhile owns the Vodafone Commodore, which is the winningest Supercar of all time with 28 championship race victories.

They included two triumphs in Adelaide; the 2011 Sunday race and the Saturday encounter the following year, held just a week after the passing of Whincup’s father.

Adelaide winners from Garry Rogers Motorsport and the Holden Racing Team are also on display. 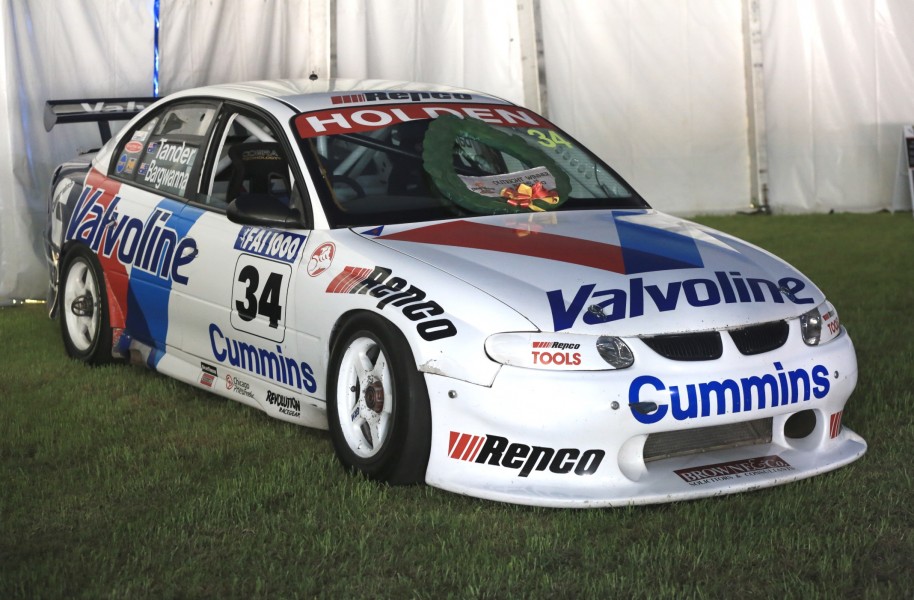 GRM has provided the Commodore that Garth Tander won the 2000 event in, which also went on to victory at Bathurst that year, co-driven by Jason Bargwanna.

It sits next to another significant Holden, Todd Kelly’s 2007 HRT entry, which won on the VE’s debut on the Saturday at that year’s Adelaide event.

Another significant Adelaide car, the AU Falcon that Mark Winterbottom used to win the first Super2 race held in Adelaide in 2003, also features.

Other memorable cars include those in which Russell Ingall and Mark Skaife famously clashed at Eastern Creek in 2003. 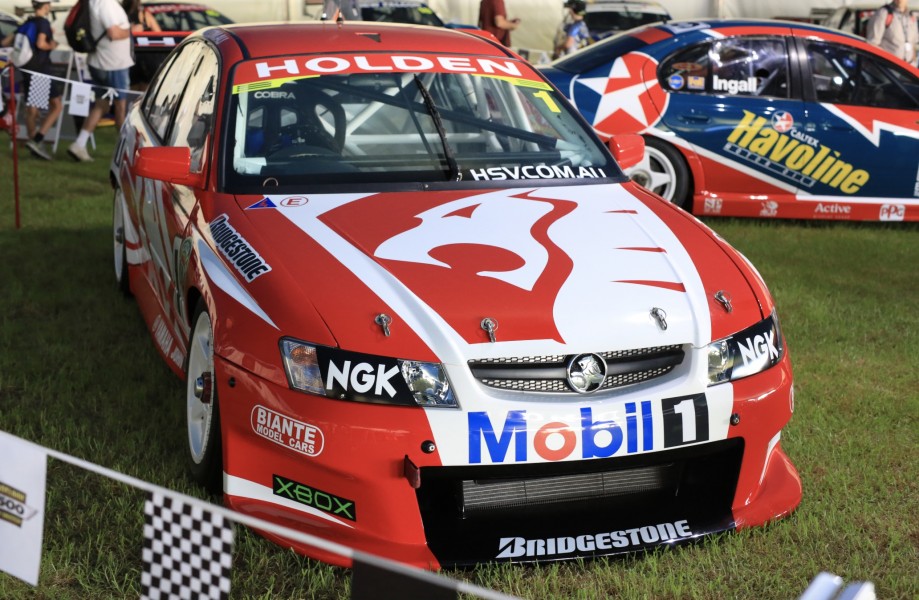 A selection of the cars will take to the circuit across the weekend for demonstration laps.

The collection was brought together by event organisers and Supercars historian Aaron Noonan's V8 Sleuth business. 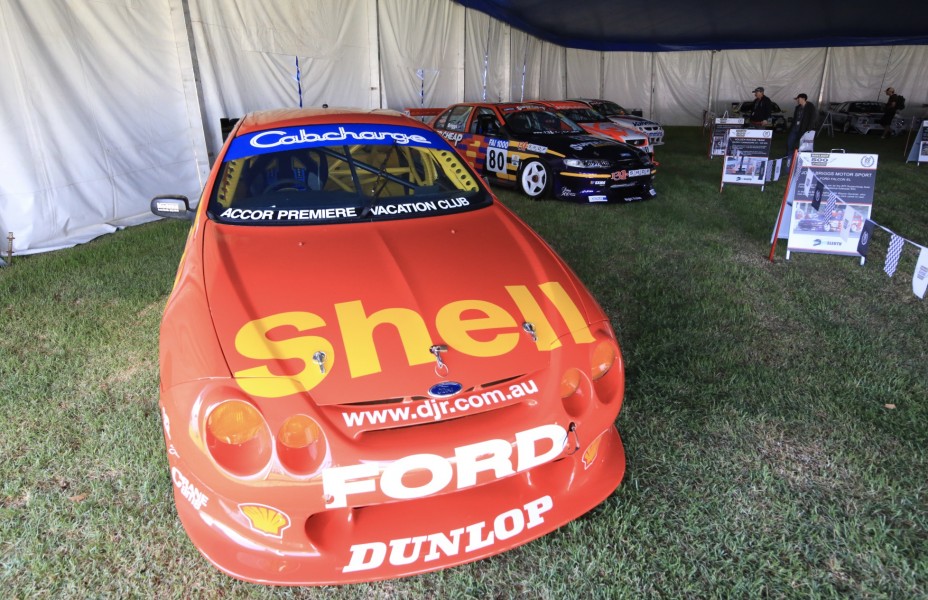 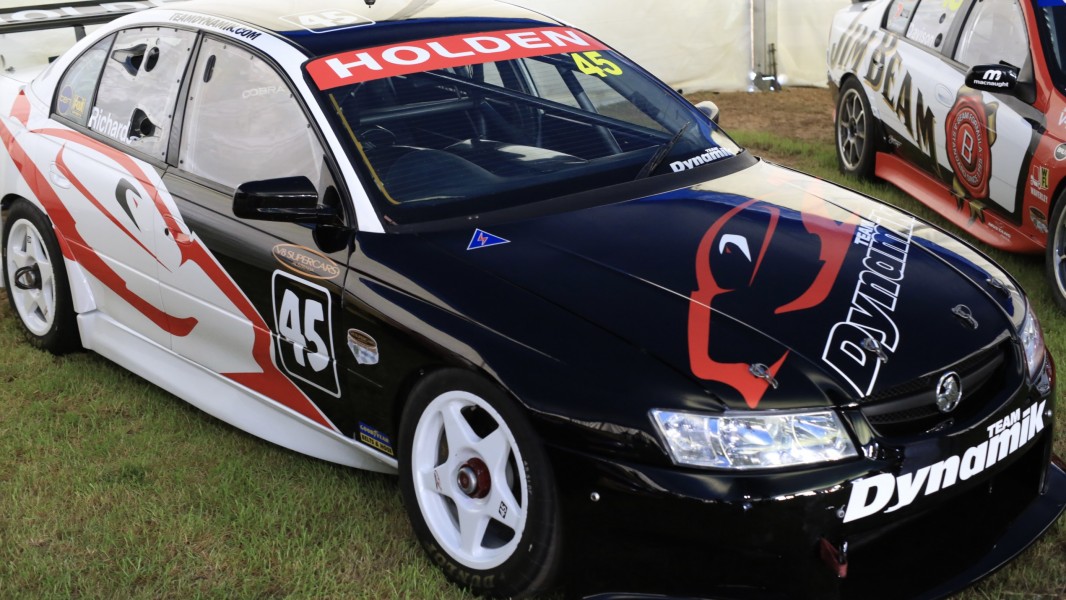 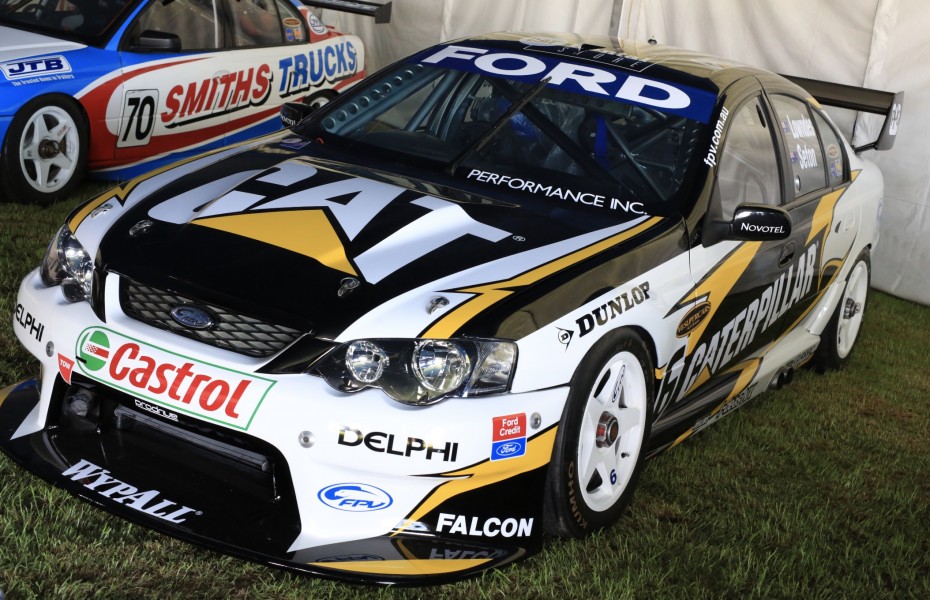 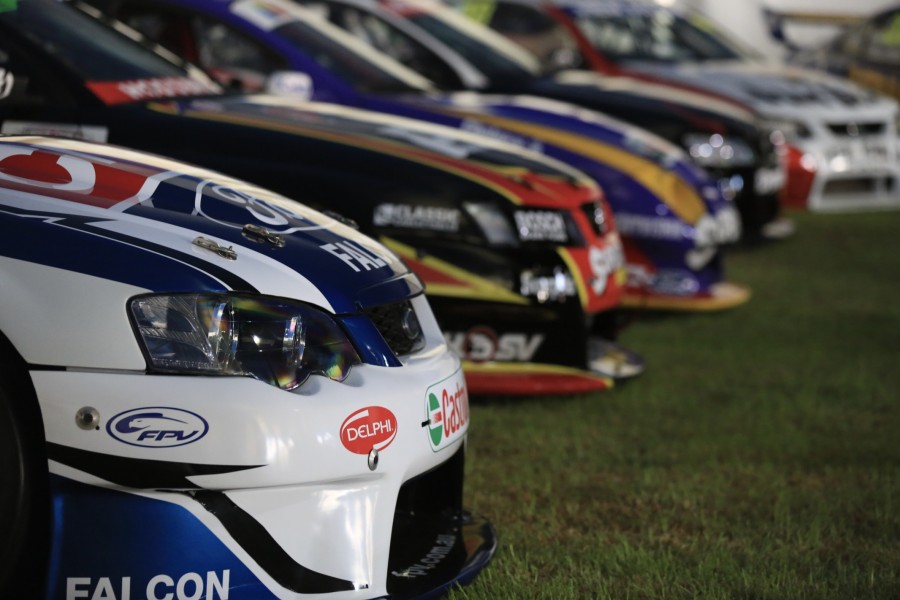 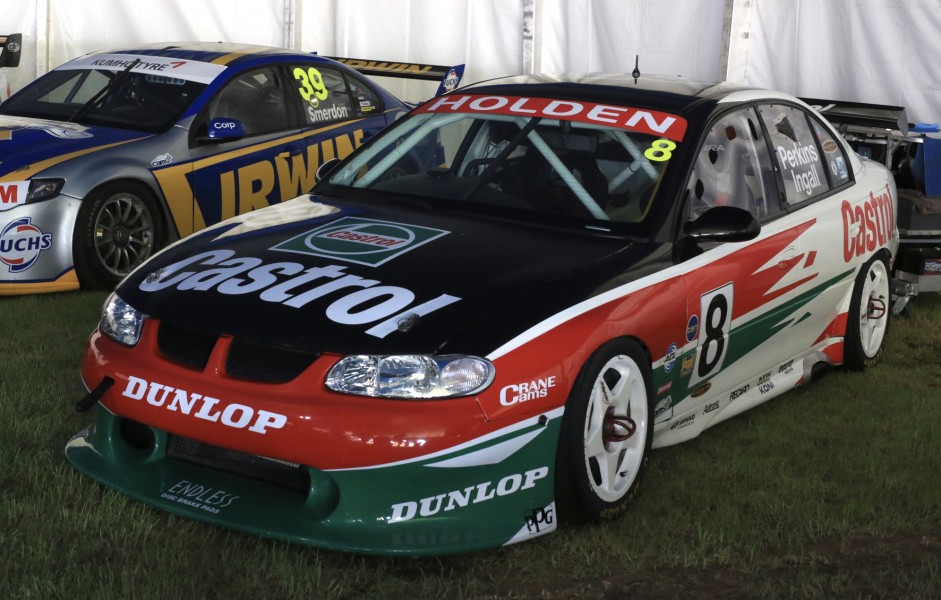 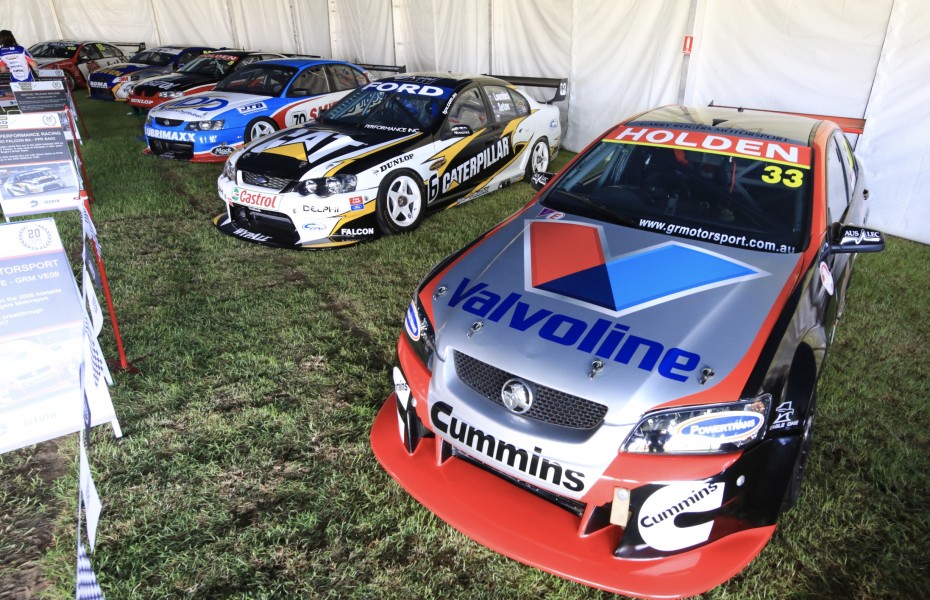 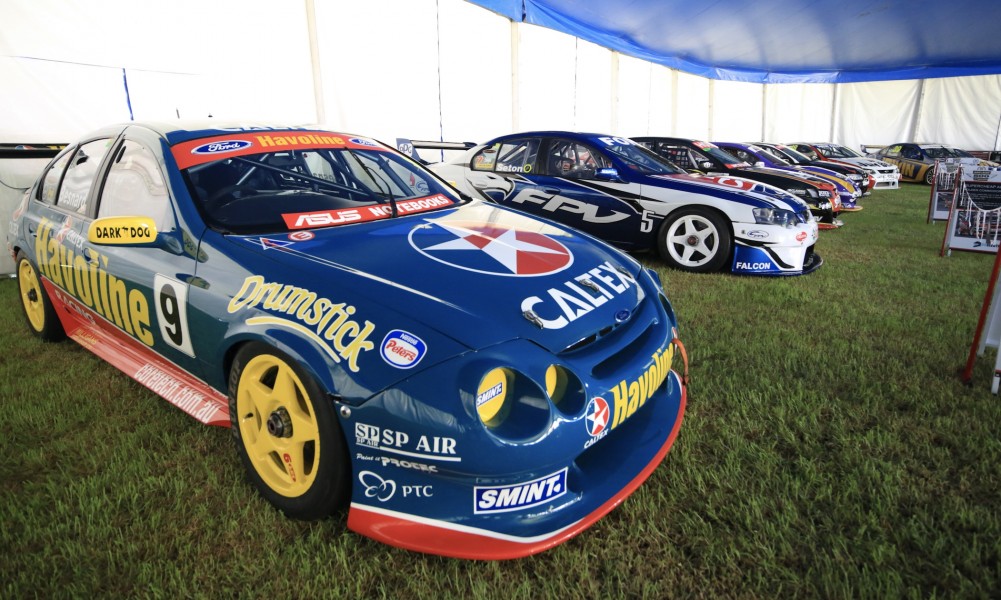 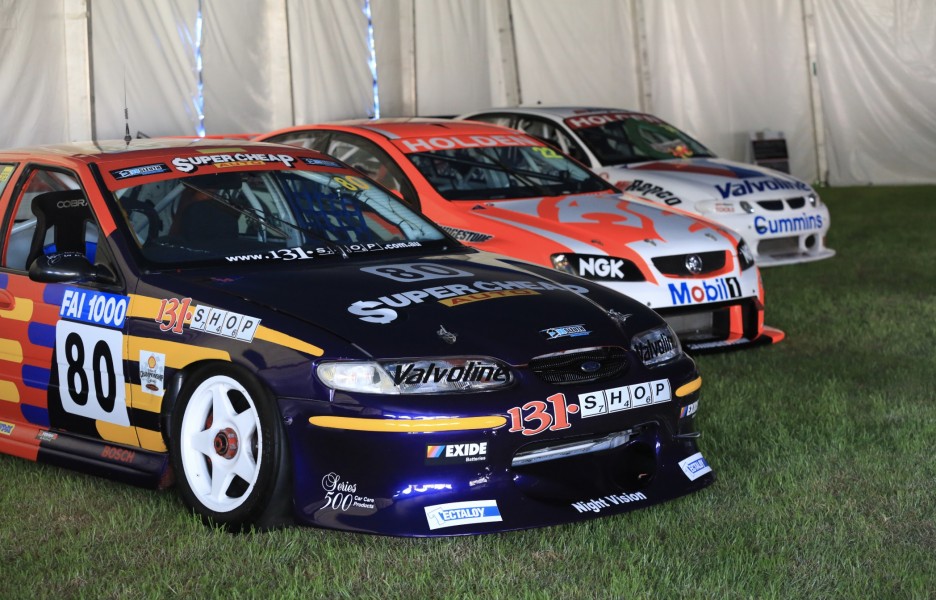 2018 Adelaide 500  ›
Stay In The Know
Sign up to the Repco Supercars Championship Newsletter
We use cookies to ensure that we give you the best experience on our website. If you continue to use this site we will assume that you are happy with it.Ok