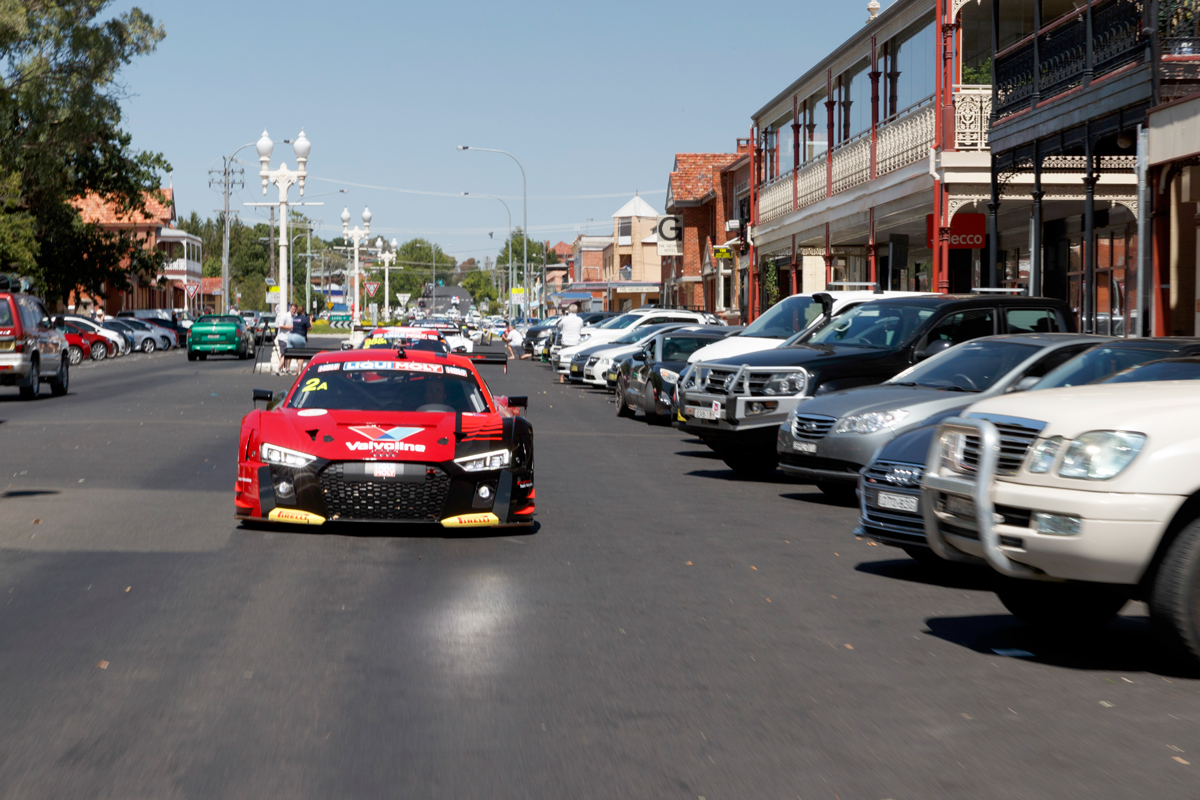 Supercars may take to the streets of Bathurst in future, following the successful rollout of the ‘Town to Track’ concept at the recent Liqui-Moly 12 Hour.

On the Thursday of the 12 Hour, 10 GT3 cars drove under police escort from the Mount Panorama circuit into the city centre.

Parking outside the Bathurst Courthouse, drivers assembled with their cars for a meet-and-greet with fans and media, before returning to the circuit.

“I think it's something that we'll continue to do [at the 12 Hour],” affirmed Seamer, noting its popularity.

“We're going to look at doing it for the 1000 now as well, getting the cars down there.”

Pre-event festivities for the 1000 have long included a driver and truck parade through the Bathurst city centre, held on the Wednesday.

The oft-mooted concept of adding a Supercars test to the 12 Hour weekend is again being discussed as work continues on the 2020 calendar.

Bathurst mileage is coveted by teams, while linking Supercars with the 12 Hour could add profile to the event and even allow internationals to sample the Australian cars.

However, the 12 Hour’s early February slot has made a Supercars test largely impractical, as teams prepare for the new season following summer holidays.

Amid work on the 2020 calendar, Seamer stressed its position in the schedule and the desire from some teams to also field 12 Hour entries.

“It's been discussed, it's not off the table, but it's something that needs to fit into the season planning,” said Seamer of a Supercars test at the 12 Hour.

“There's two things to think about; what is the impact on the schedule for the teams, and what impact does that have on our teams that may want to enter into the 12 hour as well?

“If we were testing on Thursday, or Friday, or even Wednesday, Triple Eight wouldn't run a Mercedes with the three guys they had in their car,” he said.

“So you’ve got to be really careful what trying to load too much does to the dynamic of the event.

“Would people want to do more testing at Bathurst? Absolutely.

“But it's got to make sense from the time and point of view, and we got to be very careful that we don't end up washing everything out by trying to do too much in one weekend.”

20/02/2019
Stay In The Know
Sign up to the Virgin Australia Supercars Championship Newsletter
We use cookies to ensure that we give you the best experience on our website. If you continue to use this site we will assume that you are happy with it.Ok