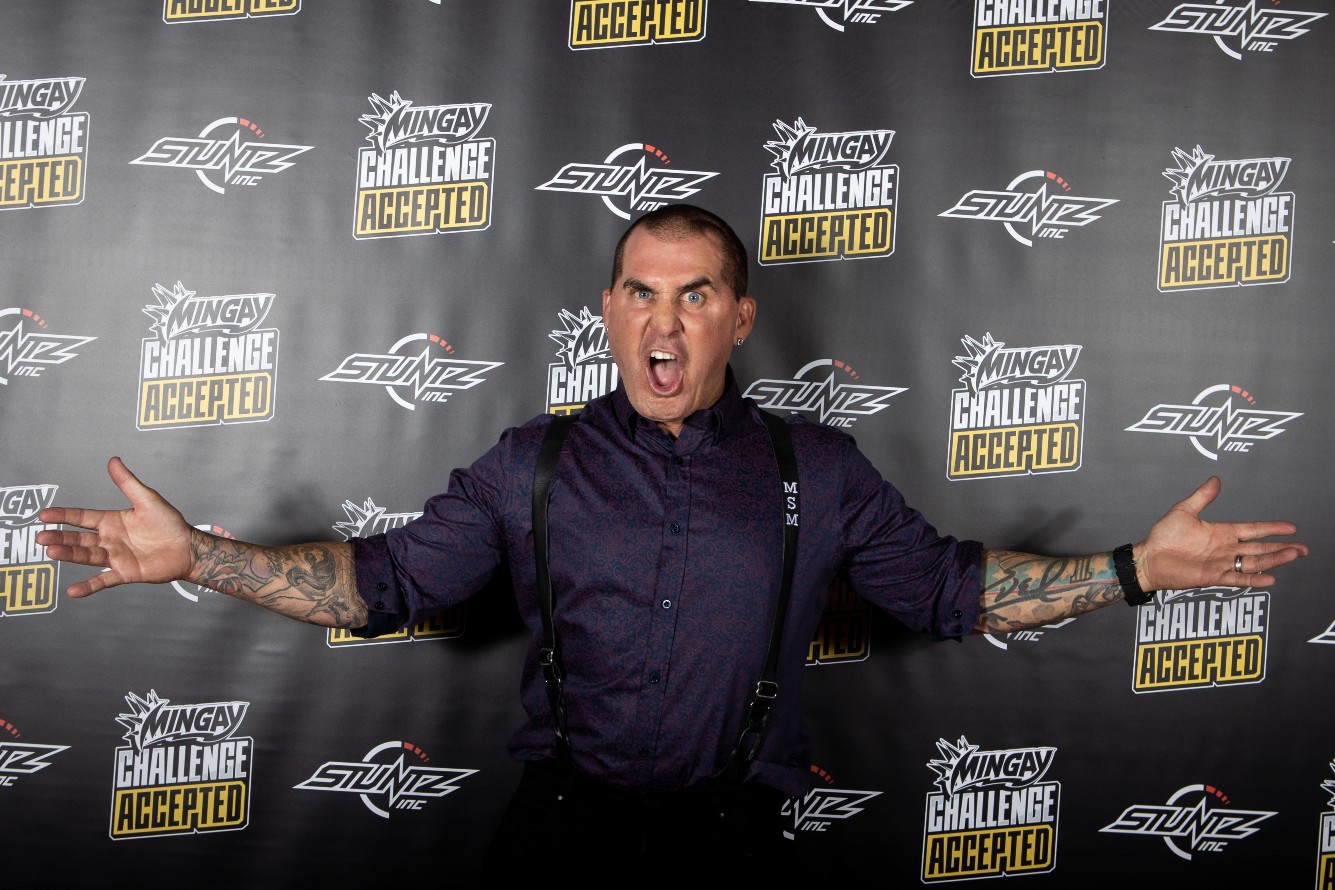 The incredible story of professional athlete and stuntman Matt Mingay has been revealed in a tell-all documentary.

Several motorsport stars, industry names, family and friends turned out to support Mingay, who has been a feature of the Supercars paddock for over 20 years.

The documentary, produced by Brad Day from DEFY Productions, covers Mingay's childhood stories, his career and his fight for survival following his devastating Stadium Super Trucks accident in 2016.

It features never before seen footage, which includes Mingay's lengthy recovery back in Australia.

Mingay suffered the accident in June 2016, and he underwent craniotomy head surgery the following month.

Later in November, he received surgery to start rebuilding his jaw and mouth.

The 18-month journey saw his jaw fully reconstructed so he could have bottom teeth fitted.

In 2020, Mingay made a triumphant return to the Stadium Super Trucks category, racing on the streets of Adelaide.

He was present at last month's Repco Mt Panorama 500, carrying out his popular on-track entertainment aboard his Hot Wheels-backed Chevrolet.

"It feels so good to be able to share my journey via 'Mingay: Challenge Accepted' with everyone here tonight, we've worked so hard with Brad [Day] over the last few years to produce the documentary," he said.

"This is an emotional time for me and my family to share my story and to see it up on the big screen is just unreal.

"My journey shows the raw emotions both physically and mentally through a fight that I was determined to win at all costs.

"I faced a struggle every day to find myself again, to be strong for my family and to get back to doing what I love."

Gold-Coast based Mingay has been professionally stunt riding since 1997, and has been a stuntman in a variety of blockbuster films during his career.

In 2005, he broke the Guinness World Record for the fastest wheel stand on a motorbike, with Mingay clocked at 225.57kph for one kilometre.

He also broke the World Record for the fastest stoppie at 215km/h.

He will return to the track to entertain spectators at the NTI Townsville in July.

"So many of our friends, family and motorsport mates were here to show their support and it was great to see all of them," he said.

"After the accident they were all sending their well wishes and I knew I had them by my side through the whole saga, so it means a lot to have had so many of them here tonight.

"We've poured so much blood and sweat into 'Mingay: Challenge Accepted'... we're so proud of the end result and hope that it inspires those that have had a traumatic experience that you can overcome it."

The documentary can be viewed on YouTube, Google Play, Amazon Prime and Apple iTunes.