Following the birth of her first child last year, Mayer recently resumed her engineering role on a part-time basis.

Juggling being a new mum and working on a championship-leading Supercars team, Mayer admits she enjoys the challenge.

“I had a baby at the end of last year, so it’s four months ago now,” she told Supercars.com.

“It’s obviously a big change in my personal life and you need to adjust to it.

“Interestingly for me though, I always felt like I wanted to go back to work as soon as possible and use my racing and engineering brain again, so I came back a month ago.

Although growing up in Germany, the home of BMW, Mercedes-Benz and Porsche, it wasn’t until university that Mayer developed an interest in motorsport.

“My family doesn’t have any motorsport background,” she said.

“Although as a German family we watched Formula 1 on a Sunday afternoon, especially when Michael Schumacher was around.”

“So, you always had an idea of what motorsport was like and that it was exciting.”

Mayer eventually chose to study automotive engineering and was the only female to graduate in her class. 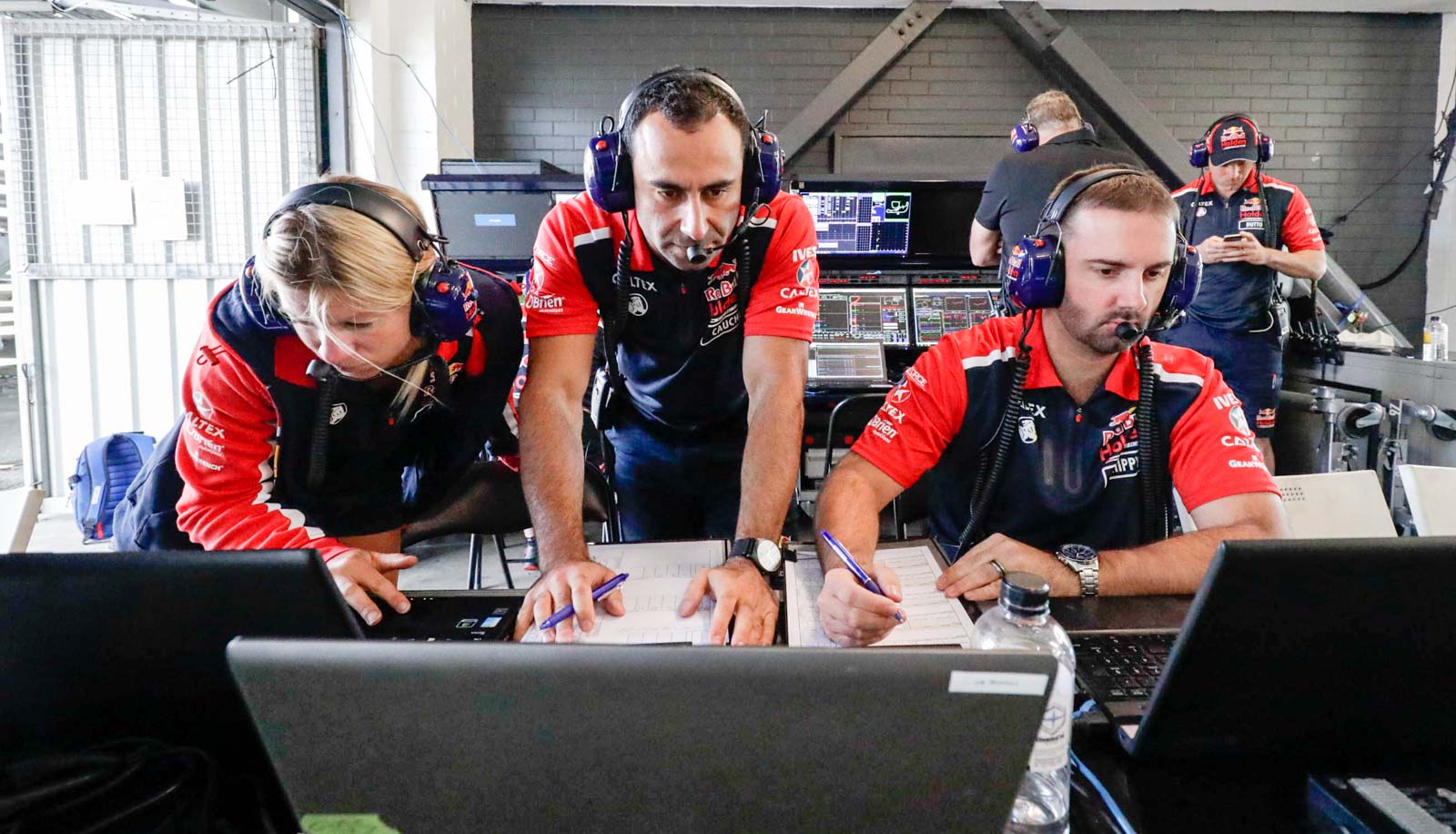 Mayer working with David Cauchi and Grant McPherson in 2017

Her first job was in Germany at Mercedes Motorsport in the German Touring Car Championship (DTM).

Working with the car manufacturer for four years, Mayer was heavily involved in the development of a GT3 car, with the project taking a year to complete.

After five years at Mercedes, Mayer made the move to Australia to join Triple Eight Race Engineering in September 2015.

A data engineer on the number one car, Mayer worked alongside David Cauchi and Grant McPherson when Jamie Whincup claimed his seventh championship in 2017.

In 2019, she moved over as race engineer on Kurt Kostecki’s Triple Eight run Super2 effort and was involved in Triple Eight's first season in the GT World Challenge Asia.

When she’s not plugging into race cars or extracting data, Mayer presents to female high school and university students, inspiring them to pursue their engineering aspirations. 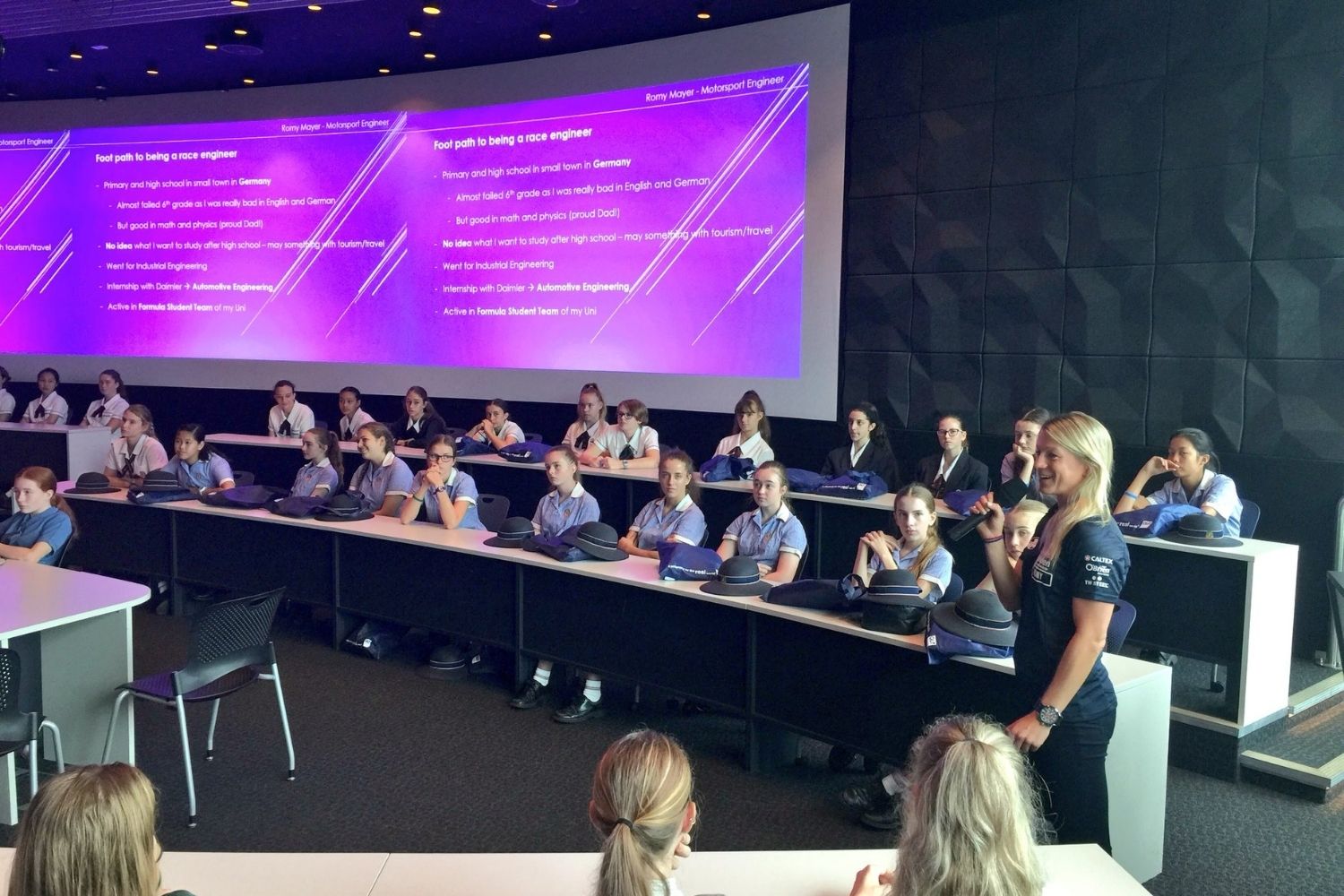 Mayer has worked closely with Triple Eight Engineering’s co-owner Jess Dane since joining the squad and both women volunteer as ambassadors for the FIA Girls on Track program.

“It’s amazing to have another motivated and passionate woman within the team and obviously a leader as well,” Mayer said.

“I look up to her in all the roles she is doing, she’s doing everything.

“Jess is very inspiring and puts her passion into the team, which everyone recognizes and makes everyone step up.”