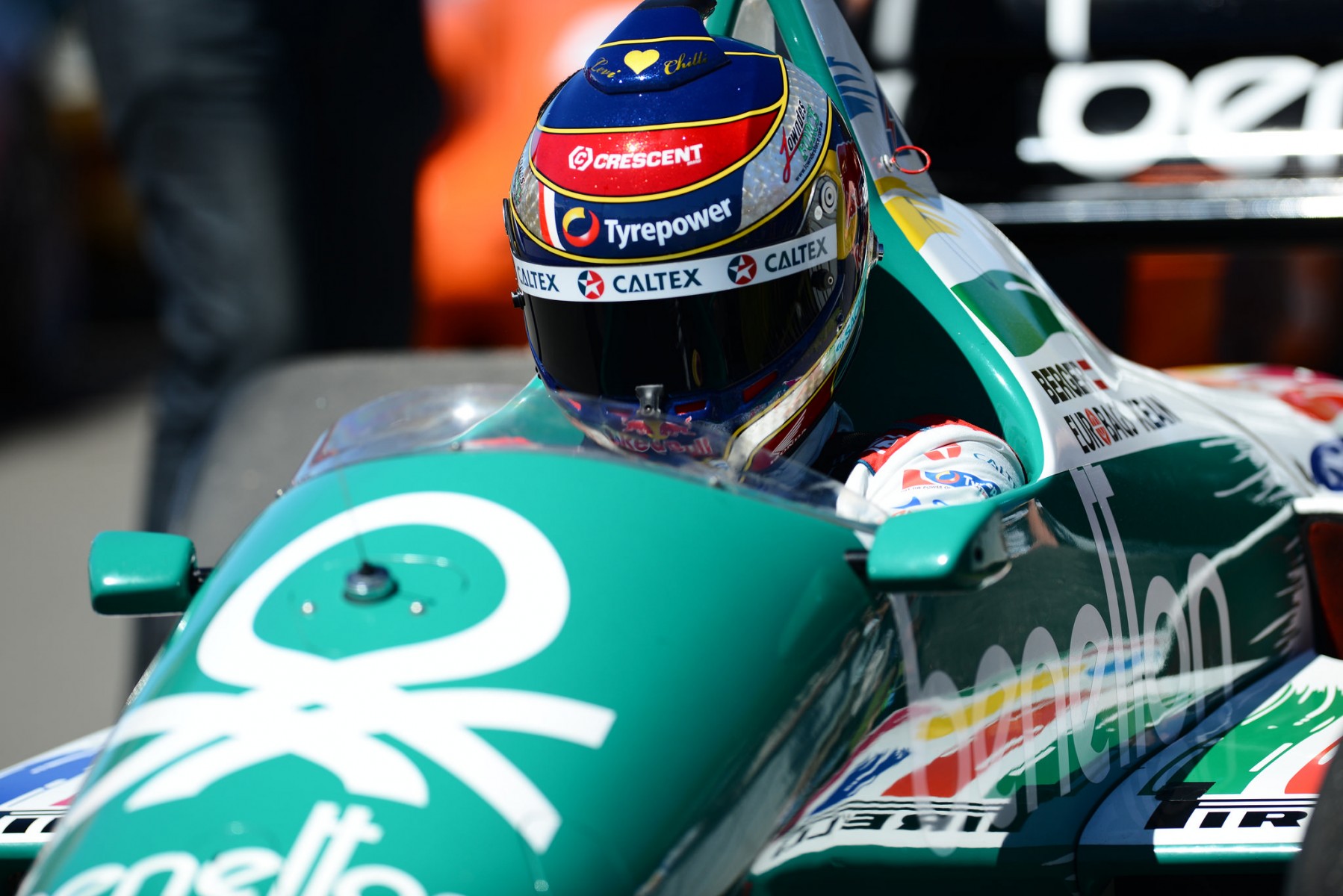 Supercars drivers led by Craig Lowndes, Tim Slade and Cameron Waters savoured the chance to get behind the wheel of Formula 1 machinery in Adelaide over the weekend.

The focal point of the second Festival was a sprint event around a shortened version of the Adelaide 500 circuit in Victoria Park, led by F1 cars.

Lowndes drove a BMW-turbo Benetton B186 in a special session on Saturday, his second outing in F1 machinery following a run in a McLaren at Bathurst in 2011.

“It was great,” Lowndes said. “It did everything it was expected to do.

“In comparison to the McLaren I drove, it’s extremely different. The McLaren was all paddle shift, electronics.

“The Benetton has a heap of grip for the power it’s got. It does all the things you want it to, grips, turns.

“The only thing for us was to learn that you can’t use the kerbs at Turn 1 like you can a Supercar. 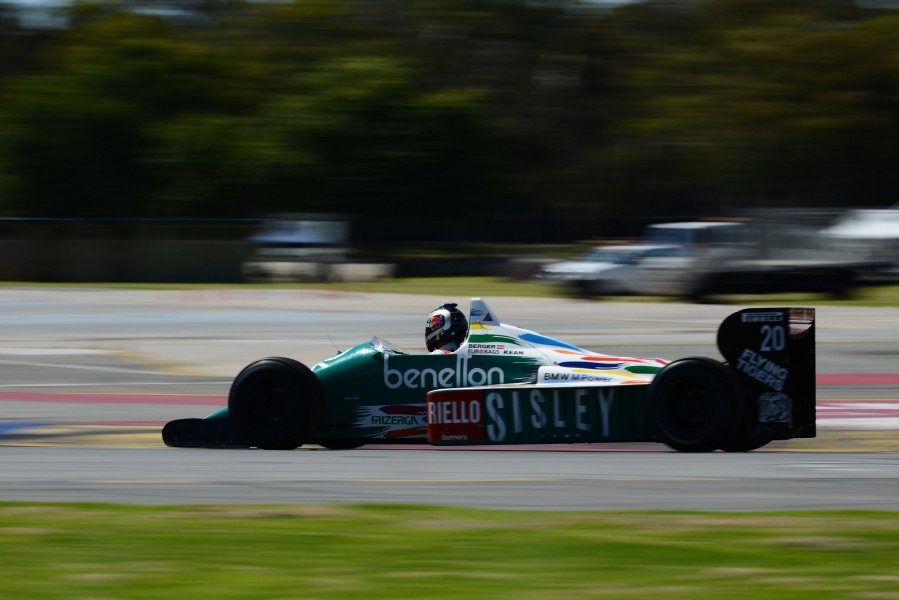 “It was a massive experience. The car itself is iconic and to drive it you realise how good the guys were in the day - they were brave.”

Lowndes contested part of the accompanying Adelaide Rally in a Ferrari with wife Lara in the navigator’s seat, then drove a Ferrari FXX in demonstration sessions dedicated to the Italian manufacturer.

After Lowndes’ session, the 1986 Benetton was driven by Sandown 500 winner Waters and newly-crowned Super2 champion and 2018 Supercars rookie Todd Hazelwood.

Honours for the fastest lap of the event, and a new lap record, went to Slade in a Footwork FA15 from the 1994 F1 season.

The South Australian set a 43.0346-second time on Saturday in his sole session before leaving to attend Brad Jones Racing’s Christmas party that evening. 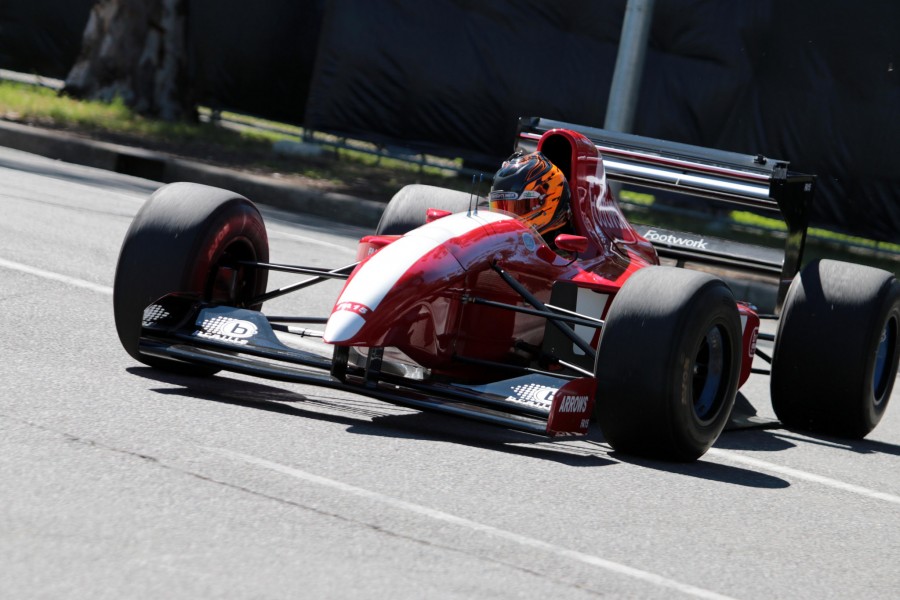 “It is a shame that I didn't have another session to lower it, because the more laps you do the more familiar you get with the car and you can explore the limits.

"I was just out there going round and round and having fun.

"It is a ballsy car and I really respect the guys back in the day driving those cars.

“It looks so hard when you watch the onboard vision, and it is hard. It is physical, and you have to be pretty ballsy to go fast on high-speed circuit.”

Waters took over the Footwork on Sunday, finishing second to Slade in the weekend’s F1 times by 0.9s, while Super2 driver Josh Kean spent the event in an Arrows A21 from the 2000 season. 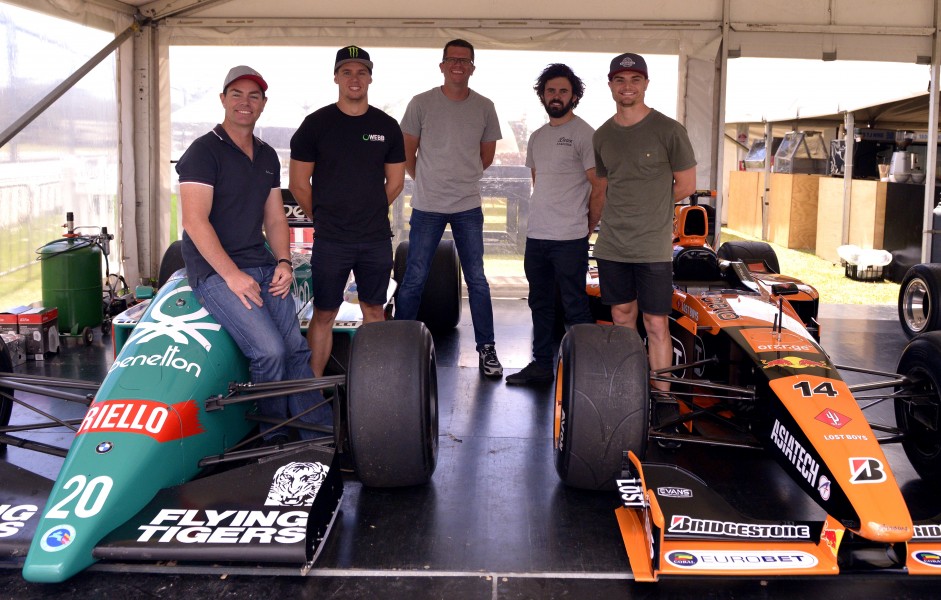 Lowndes, Waters, Tander, Kean and Slade with the 1986 Benetton and 2000 Arrows

Supercars Hall of Famer John Bowe lapped in a 1974 March 741 and was briefly reunited with his 1988 Australian Touring Car Championship Ford Sierra RS500.

The retro-inspired, V8-powered Super5000 prototype was also present, lapping with Garth Tander on Saturday, and Hazelwood, Waters and Kean on Sunday.

In addition to his Benetton and Super5000 running, Hazelwood got behind the wheel of a Time Attack-specification Toyota 86 and got involved with one of his family’s famous sausage sizzles.

Slade’s BJR team-mate Nick Percat rounded out the Supercars contingent, in a McLaren sportscar in the event’s rally and sprint.