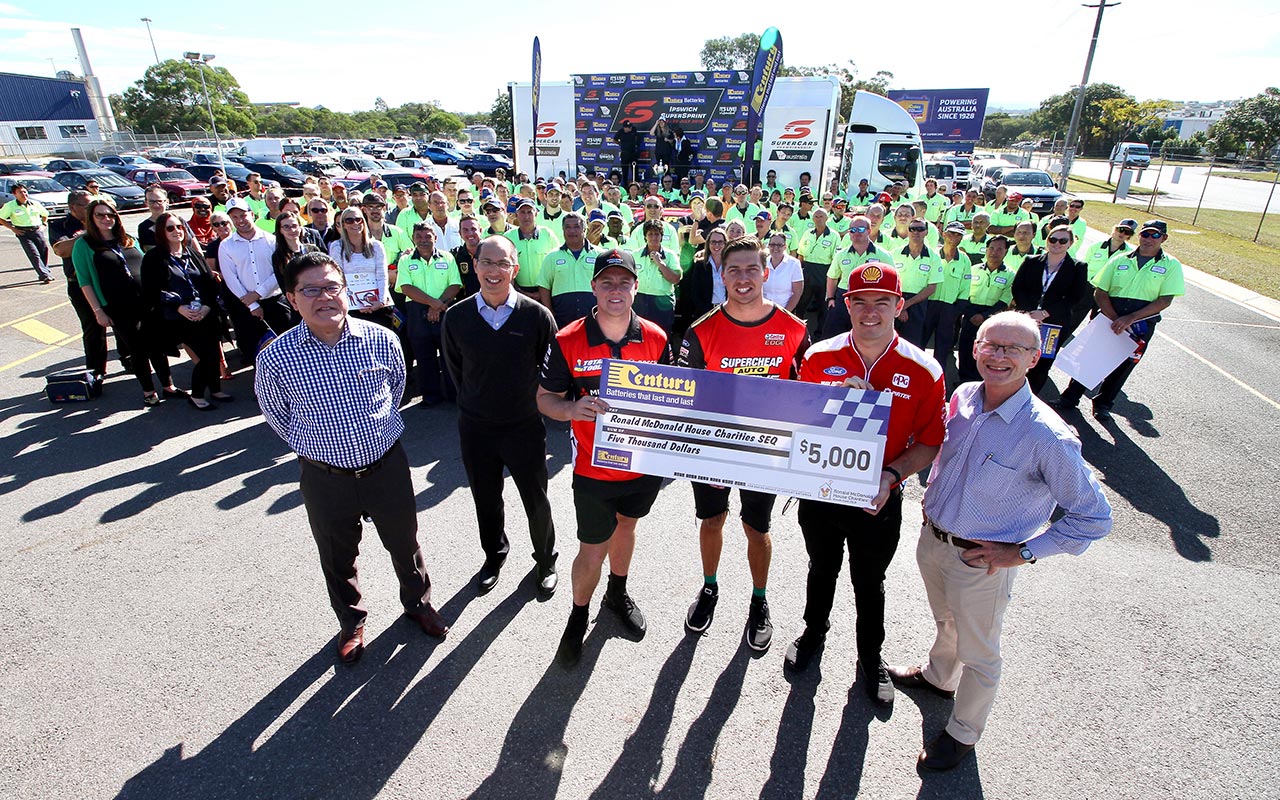 The $5,000 helps to provide critical family services at RMHC for 38 consecutive days.

This year marks the first for Century Batteries as the naming rights sponsor of the Ipswich event, coupled with its deal as the official battery of Supercars. 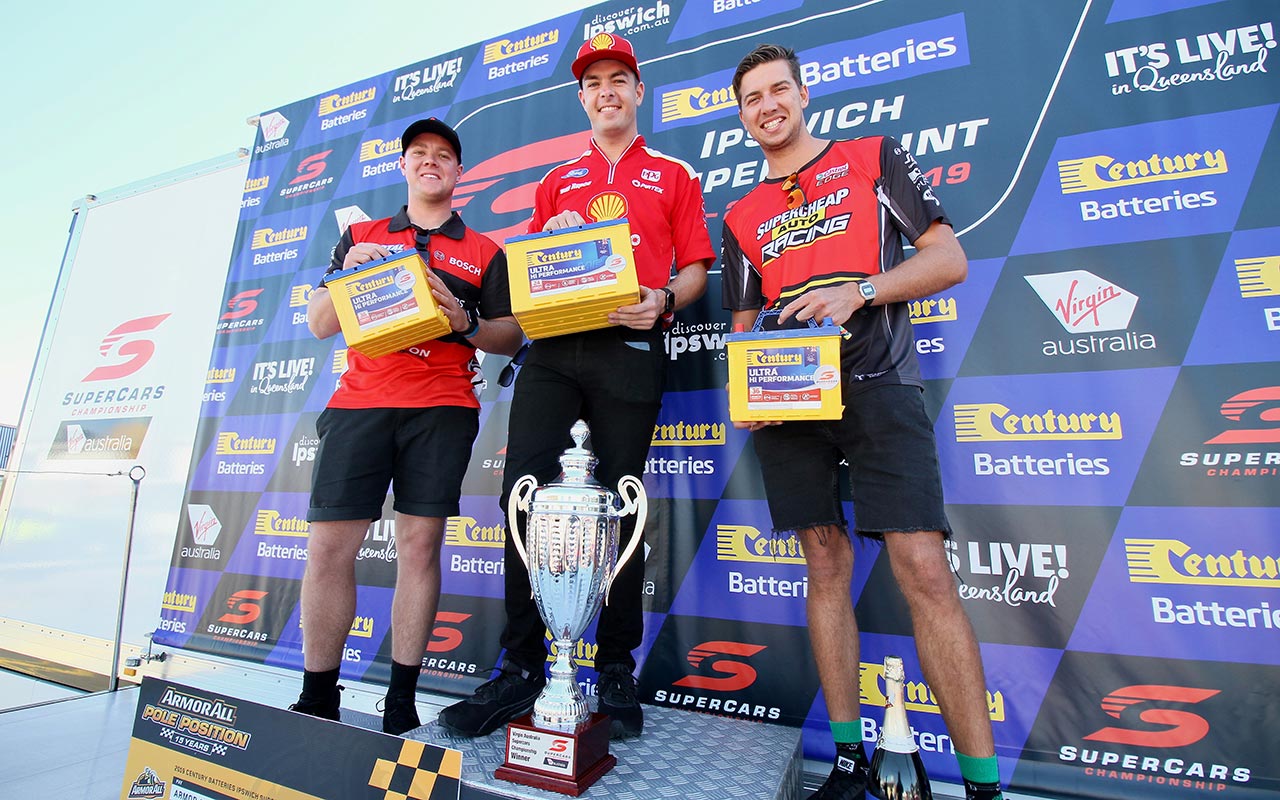 McLaughlin took all four pole positions at Queensland Raceway in 2017 and 2018, and has scored 11 of the 18 on offer so far this season.

But being first on the grid hasn’t delivered much success at Queensland Raceway, with just three conversions from the last 14 races, Mostert (Sunday 2015) and McLaughlin (Saturday '17 and Saturday '18).

McLaughlin heads into this weekend holding a commanding 292-point lead in the championship from his Shell V-Power team-mate Fabian Coulthard.