Formula 1 ace Daniel Ricciardo says growing up watching Supercars meant he was 'quite nervous' and even 'intimidated' driving one seriously for the first time.

On the eve of this weekend's Australian Grand Prix, the Renault F1 driver sampled Rick Kelly's Castrol Nissan at Calder Park on Wednesday.

While Ricciardo drove Triple Eight's Sandman ride car in a similar event with Red Bull three years ago, that ex-Supercar had been fitted with a range of different components.

After going to the Barbagallo Raceway round as a youngster, he got to sample a genuine article.

"Honestly, I was quite nervous because it's something I've seen my whole life," he said.

"It's a totally different car. I see that as the top of the tin-top cars.

"For me that's the best of its calibre, and that's intimidating because I don't know it.

"And again I've watched it for so many years. I was nervous, I guess, because it's a big deal." 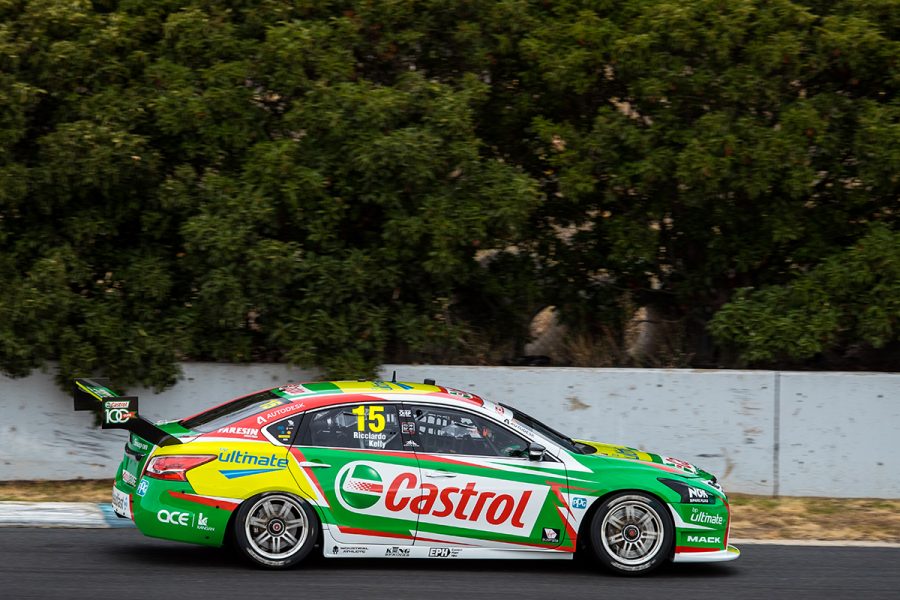 Ricciardo started his international career as a teenager in 2006, the year Kelly won the Supercars title.

Success in Asia and Europe put him on the path to becoming a Red Bull junior and ultimately grand prix winner.

"I knew I'd like it," he added of driving the Supercar.

"I was just more nervous that I wouldn't be good at it. I'm not saying I was, but I was scared that I'd be scared."

Kelly sat in the passenger seat during Ricciardo's outing, and praised the approach the F1 driver took.

New experiences included sitting within an enclosed space, using a sequential gear stick rather than paddles and not being able to see when he's locking a front brake.

"Rick was explaining there were some lights that tell you when you're locking," Ricciardo said.

"But I stayed within that just to be safe. That would be weird, locking and not really knowing.

"He took my hand off the stick and made me wait to get into the shift lights. I was short-shifting a bit.

"He was good. I could see out of the corner of my eye what he was doing with his feet.

"I don't know if that was him being nervous or he was trying to show me when he'd brake.

"I was keeping an eye on that because that helped me pick up some reference points.

"Then, yeah, I had a look a few times and he was laughing and smiling."