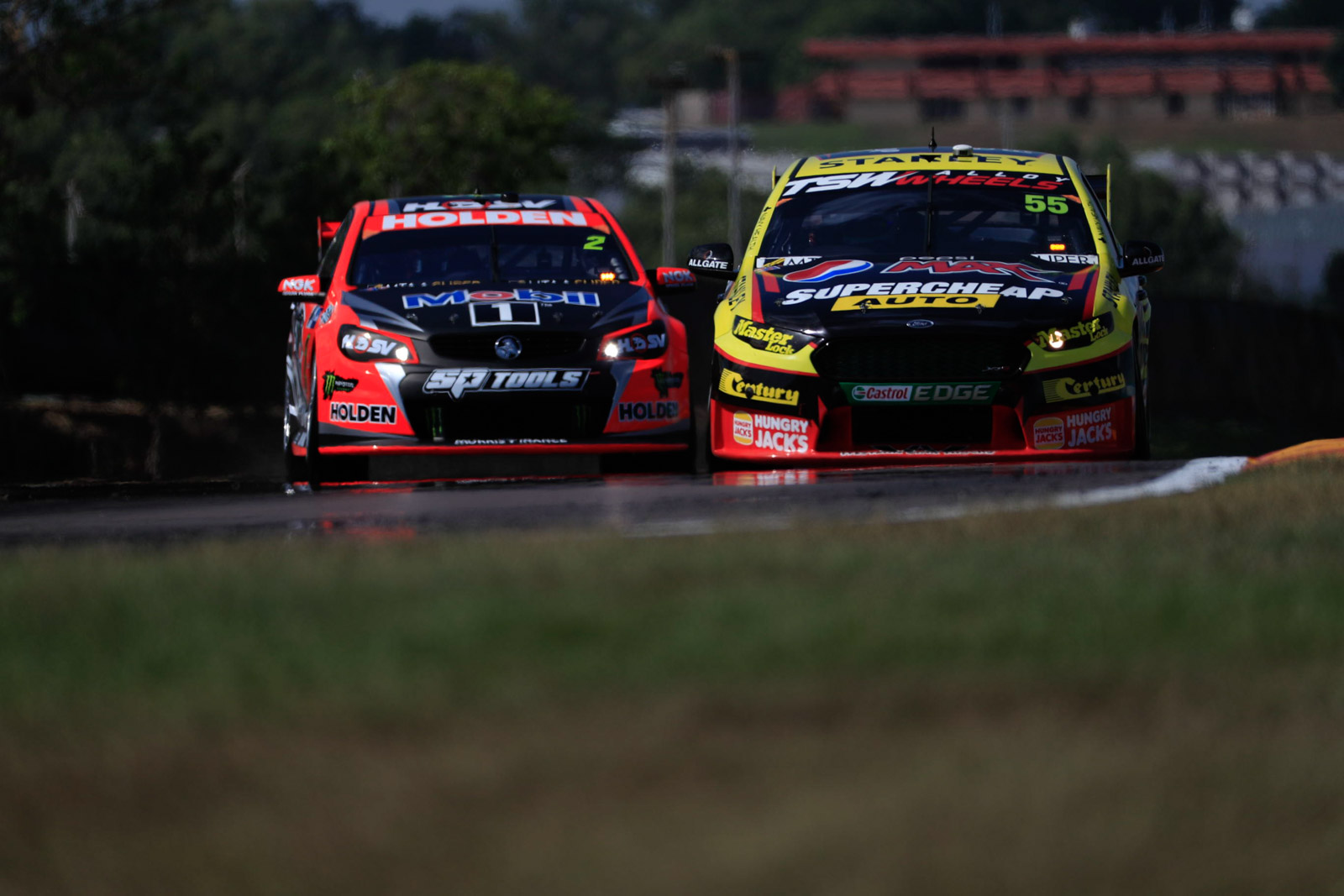 The CrownBet Darwin Triple Crown Supercars event has cemented its place in the Northern Territory events calendar until 2030.

The Northern Territory Government and Supercars have agreed to renew the existing sanction agreement from 2019 – 2030 (12 years).

CrownBet and the Northern Territory Government had recently signed a three year deal with a further option to extend, with the current sanction agreement expiring after the 2018 event.

Chief Minister Adam Giles and Chief Executive of Supercars James Warburton will sign the agreement at the Supercars event in Darwin today.

“Extending the existing sanction agreement is a clear indication of the strength of the event here in the Northern Territory,” Giles said.

“The CrownBet Darwin Triple Crown Supercars has cemented its place as one of the premier rounds in the Supercars Championship, boosting the Territory’s reputation as a haven for motorsports and entertainment.”

In addition to the signing of the new agreement, the Chief Minister said a re-elected Country Liberals Government will commit to developing infrastructure that would see Darwin become the first Supercars night race in the country.

“From 2018, Darwin will be a night race with five year exclusivity as part of the agreement.”

The CrownBet Darwin Triple Crown Supercars event attracts more than 44,000 local and interstate visitors over the three days of racing.

"Economic impact analysis conducted on the event has revealed an estimated $16 million in additional expenditure is injected into the Territory economy by the Supercars," Giles said.

Supercars Chief Executive James Warburton said: “Darwin is such a special event for the Championship and a real favourite of the teams, drivers and fans and this fantastic announcement will ensure an enduring legacy for the Northern Territory as our longest Government relationship outside of the iconic Bathurst 1000.

“I want to thank the Chief Minister Adam Giles, the Board and team at Northern Territory Major Events Company for their vision and passion in making this event a true cornerstone of calendar for the years to come.

“The Chief Minister has also foreshadowed a night race from 2018 and this would be absolutely spectacular and the first time in 21 years since that has occurred in Australia.”

Win not far away