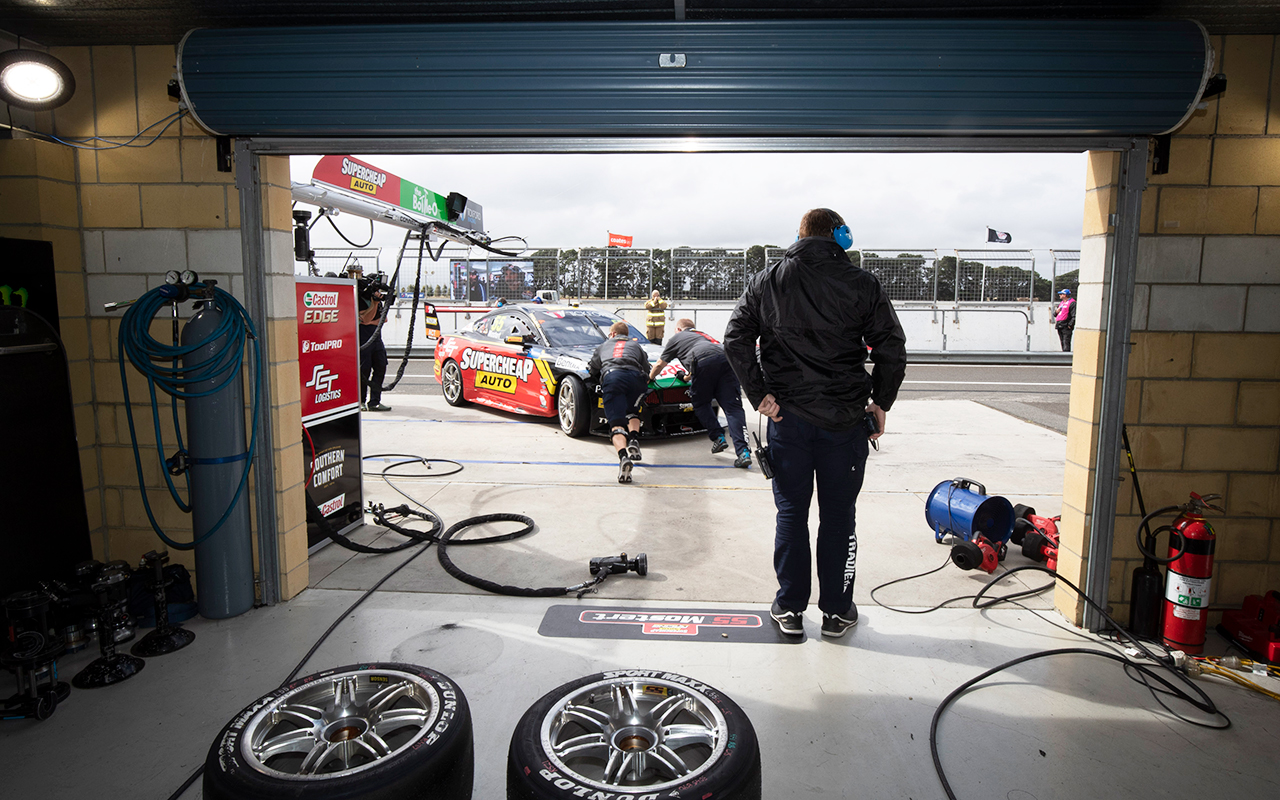 Supercars drivers will start each race at next month’s Century Batteries Ipswich SuperSprint with the tyres they qualified on, under tightened parc ferme regulations.

The parc ferme initiative will return at the Queensland Raceway event, as part of a two-event trial that began at Symmons Plains in April.

It has also been extended to the Dunlop Super2 Series for Ipswich, where the second-tier will run its fourth round of the season.

Prohibiting set-up changes between ARMOR ALL Qualifying and the corresponding race forces teams to strike a compromise been qualifying and race settings.

That has the potential to add unpredictability to races, with teams trading off one-lap speed and consistency over a race distance.

Only allowing basic maintenance also has the benefit of dramatically reducing the workload for crews between sessions, which was widely lauded by teams in Tasmania.

The rules for the main series’ parc ferme at Ipswich includes the addition that “all four wheels must remain on the car at the completion of the car’s last qualifying run”.

Supercars’ Head of Motorsport Adrian Burgess says having drivers start on their qualifying tyres is a natural extension of the concept.

“The feedback after Tasmania was very positive,” Burgess told Supercars.com.

“At the start of the year we agreed to do Tasmania and QR for the main series and after debriefing Tassie, we’ve elected to trial it in Super2 for one event as well.

“Adding tyres to the mix [for the main game] is not a big deal, but it’s an extension of the ‘what you’ve got is what you’ll race with’ formula.

“At the Commission we discussed doing the same thing with fuel as well, but we weren’t comfortable that we could do that without impacting some more than others.”

The fuel equation is complicated by the three-part qualifying system, and the use of a compulsory fuel-drop in the Sunday race.

Burgess says the parc ferme rules had a direct impact on the racing in Tasmania, and is looking forward to seeing how the July 26-28 Ipswich event unfolds.

“Some teams are changing their cars drastically from qualifying to race, in terms of springs, cambers, things like that,” he said.

“In Tassie we saw people with tyre life issues in the races because they were too aggressive in qualifying.

“They didn’t want to back their set-ups off in qualifying and were carrying those camber levels in the race.

“It was a challenge for teams to manage and forced them to make compromises, which is what we wanted.”