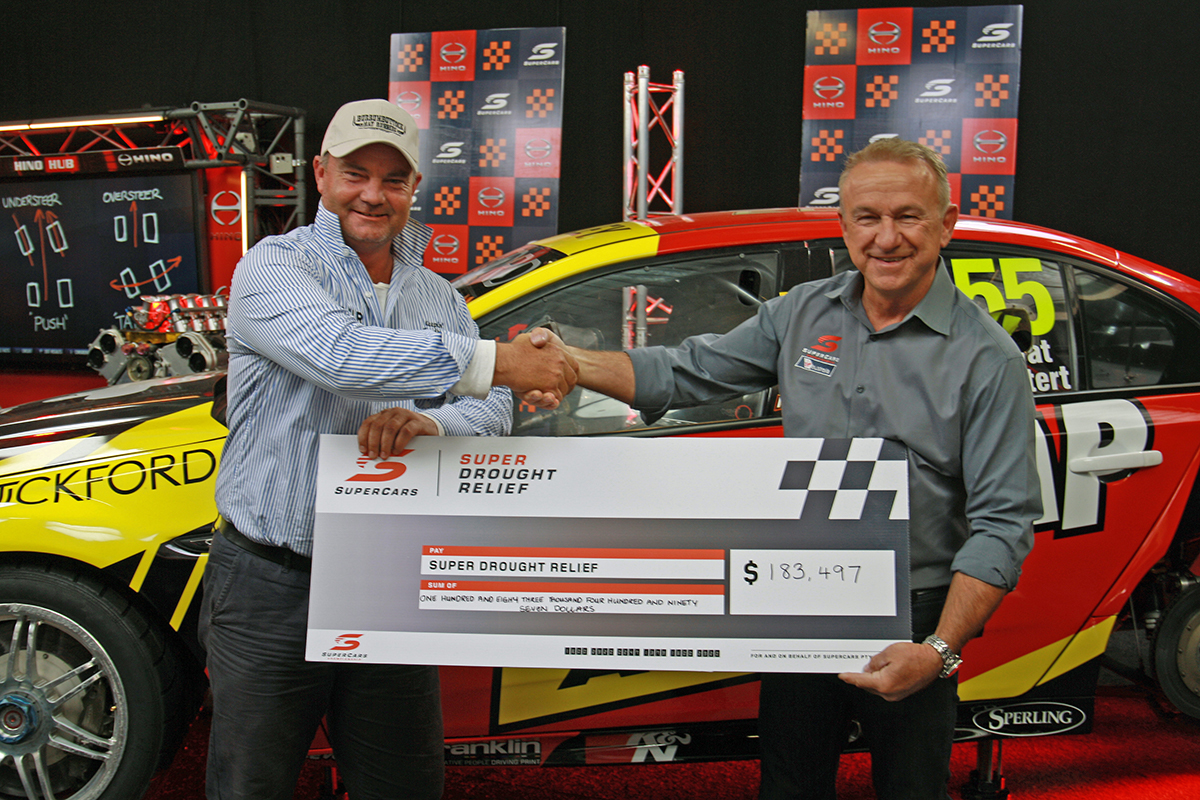 The Supercars community has helped raise more than $180,000 for the nation's drought-hit farmers in the Super Drought Relief Auction.

A total of $183,497 was reached through the sale of exclusive memorabilia and experiences, largely donated by teams, drivers and sponsors.

The funds will go to Burrumbuttock Hay Runners, a group that supplies and transports hay and essential items to farmers in need.

Lowndes' racesuit was auctioned off pre-race, his seventh victory adding special value to the $23,000 purchase.

The chance to wave Lowndes and the full field away at Mount Panorama on Sunday morning sold for $4,003.

The highest-selling lot was a Ford Ranger XLT 4x4 Dual Cab donated by Ford, which reached $55,000.

A pair of Virgin Australia business class flights to Los Angeles or Hong Kong went for $13,900, followed by a hotlap in Ford's new Mustang Supercar in Adelaide next year at $9,100.

Among the other lots, experiences at Newcastle's season finale, with Triple Eight, and next weekend's Vodafone Gold Coast 600 sold for $7,600 and $6,400.