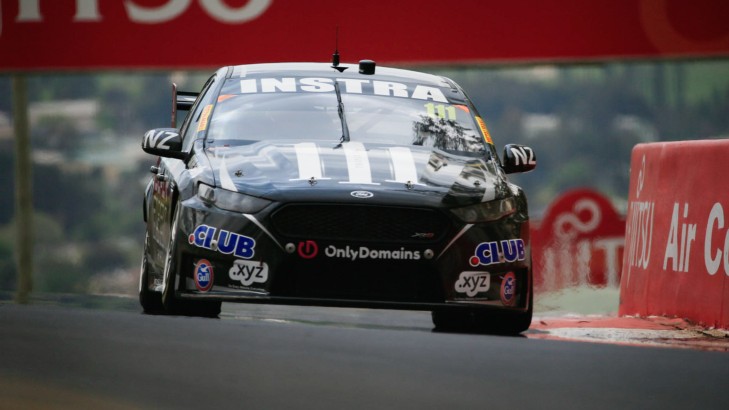 SBR has been using a REC sub-leased from DJR Team Penske in its rookie 2015 season, but with that team's surprise decision to expand to two cars for 2016, the Kiwi assault needs to find a replacement.

All 26 RECs are expected to be entered by their holders by this week's entry deadline. Because it is not a REC holder, SBR is not part of that process.

The early entry deadline is purposely designed to allow some trading between organisations holding a surplus REC and those wanting to lease or buy them.

As PRA is the racing organisation through which SBR runs its campaign, it will be Edwards' task to find a REC for the team.

"Everyone will be entering their RECs by Friday and if some choose to sell or lease them post that that doesn't form part of the REC," said Edwards. "All you are doing is putting your REC in and acknowledging it will be utilised in 2016.

"This year Prodrive Racing Australia sub-leased that REC (used by SBR) from DJR Team Penske and off the top of my head I think that was after it had already been entered for this year anyway.

"So that's my point; it doesn't matter who is running the thing all you are doing is committing that that REC will be utilised next year.

"If you don't enter it you can't sell it or lease it."

SBR has already confirmed its intention to continue on in the championship in 2016, although current driver Andre Heimgartner is not confirmed to continue, it has to yet to sign on with PRA as a customer - although it is clear it intends to do so - and the REC issue remains outstanding.

Team manager and former touring car superstar Paul Radisich has already parted ways with the team as it restructures for 2016 and did not attend the Supercheap Auto Bathurst 1000.