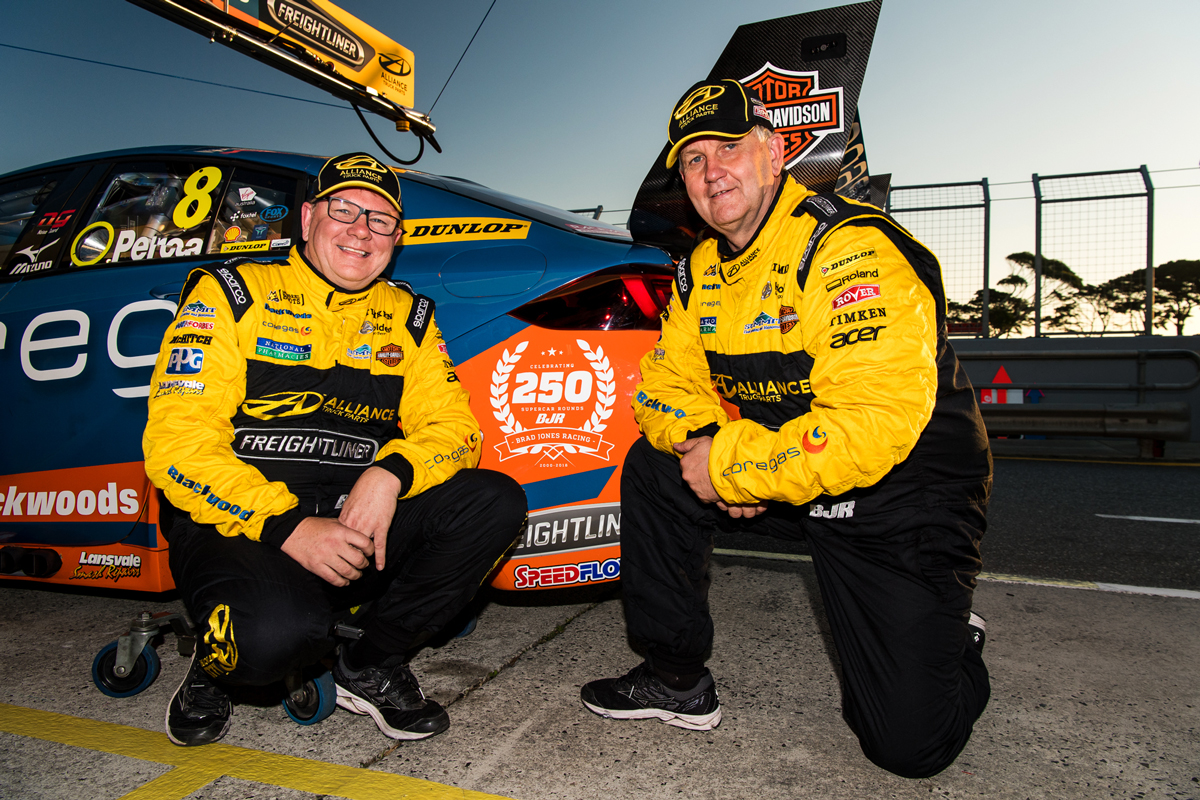 He’s the co-owner of Brad Jones Racing you may not know.

Kim Jones has played an integral role in developing a sustainable race-winning Supercars operation from the relative remoteness of Albury.

Younger brother and fellow co-owner Brad is the face of the eponymous team, having transitioned from top level driving into team management.

Kim is more so behind the scenes, specialising in the increasingly vital commercial side of the business.

Both brothers raced in their early days, before Kim stopped in his mid-20s.

Their father Phil was president of the local car club and race track, Hume Weir, so motorsport to a degree was in their blood.

“I had a bad motorbike accident and smashed one of my legs and so then I started to road race,” Kim told Supercars.com. 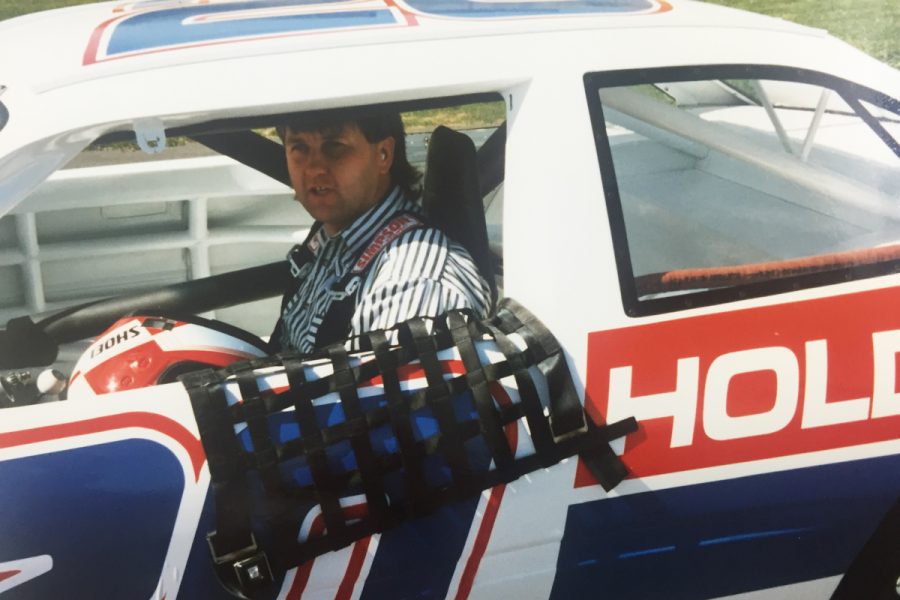 “I road raced bikes for quite a few years then got a Formula Ford, did that for a bit but sort of did it on a shoestring and no money, and stopped because I had a family.

“And then later on in life, we started with the Production Car and the rest is history really, Bradley drove them and I built them.”

That history included Brad becoming one of two drivers – alongside Jim Richards – to win Australia’s AUSCAR and NASCAR series.

In 2000 they moved into Supercars with Brad at the wheel and are now about to begin their third decade in the category.

Along the way, they’ve produced race-winning cars for the likes of Fabian Coulthard, Tim Slade and Jason Bright.

Kim’s role is as important as ever with BJR to roll out a four-car fleet this season for drivers Nick Percat, Todd Hazelwood, Macauley Jones [son of Brad] and Jack Smith. 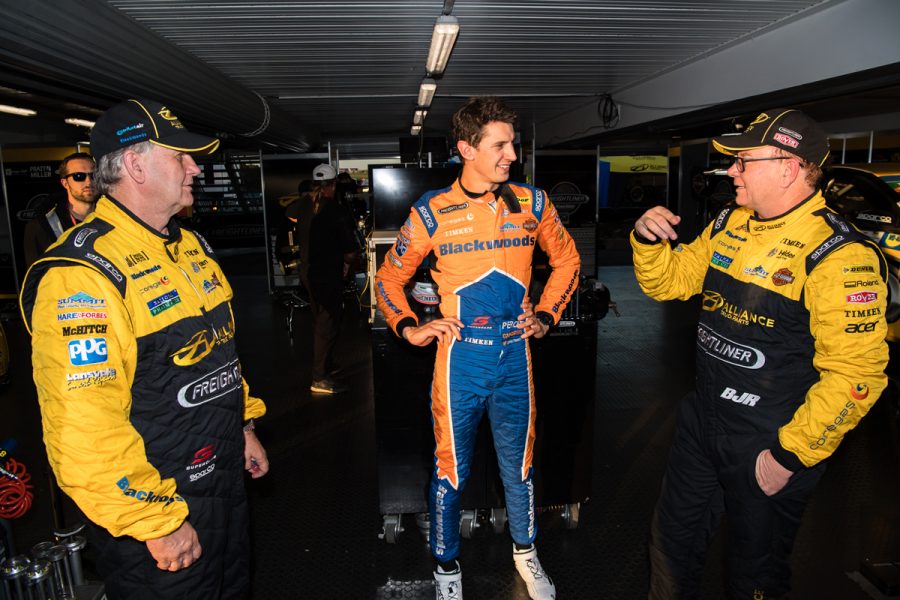 “It was all about winning races to start with and now it’s more about the staff and the commercial partners, because without those two you can’t do anything,” he notes.

As it turns out, his focus on the commercial operations was somewhat forced upon him many years back: “It just evolved over time that we needed more money to do a better job.

“Then we got to the AUSCAR days and we started to get over people involved with the business because it was too much just to do ourselves.

“And then probably at the end of Super Touring or start of Supercars, I became more commercially involved and stopped engineering the cars and doing that sort of thing, and that’s where I’ve gone now, is into the commercial part of it.”

What’s Supercars life like from the shadows, so to speak?

“Oh, on a good day when the car is going well and you’re having a good weekend, it’s fantastic,” he said.

“On a shit day, you think you can do a better job. It’s just the way it rolls, we’re lucky that motorsport has been good to us as a group and we’ve done a lot of things with it and you can’t take that away.

“But there comes a time when you sit back and look at it all and go OK, maybe I should think about stopping.”

“I’m 63, so when lots of people around you have cancer and are dying and you’ve had a torrid life when your wife has put up with you being away, at some point you have to go OK, this is the direction that I need to go.” 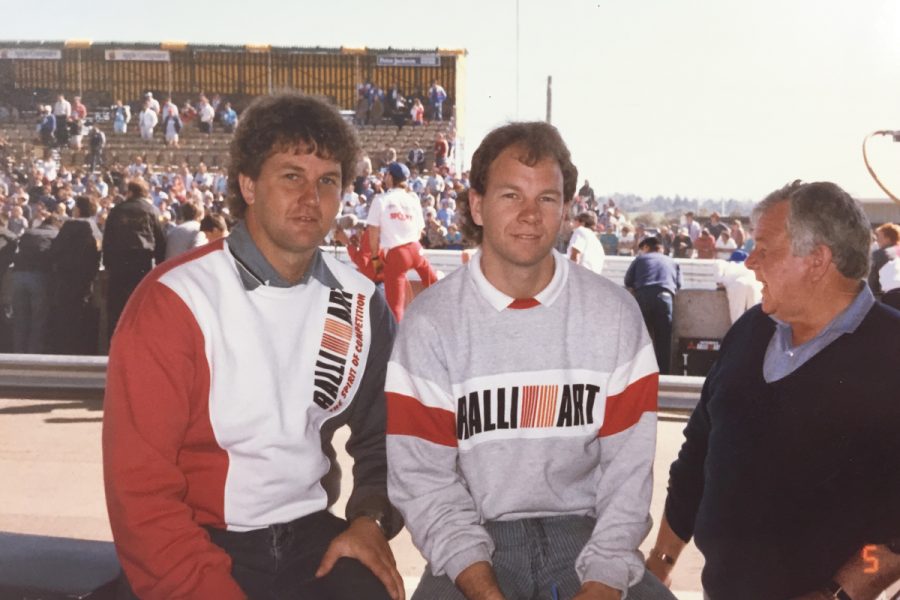 Part of that back story is a tragic situation that actually kept BJR in Albury.

“When it was time to move to a capital city, that sort of thing, my wife and I had a terminally ill child and he was getting very good care here, and that’s what made us stay,” Kim says.

In hindsight, he notes staying in Albury was a win for BJR, giving them a point of difference in a location that is nearby the local airport and on the major Hume Highway.

When Kim talks of finishing up at BJR, he does so knowing the group has grown from “a two-man band” to a relatively large squad. It’s one that he looks at with pride.

To this day, his personal highlight remains a relatively early piece of success on the world stage.

“We went and represented Audi at Macau with the Super Touring car and we beat Schnitzer BMW and Charly Lamm, a very well renowned worldwide team that’s done a hell of a lot,” he recalls.

“Charly Lamm came up and congratulated me at the end of the weekend because we beat him and he said ‘I underestimated what you guys could do’, so that’s probably one of the things that sticks in my mind.

“The respect that we had from the Germans… they said we represented Audi better than Audi did.”

Racing has changed over Kim’s time in the sport, evolving into a big business like so many other sports.

For whenever he decides the time is right to move onto a new chapter, he can look back with pride on the way he has driven BJR on that same path of evolution.