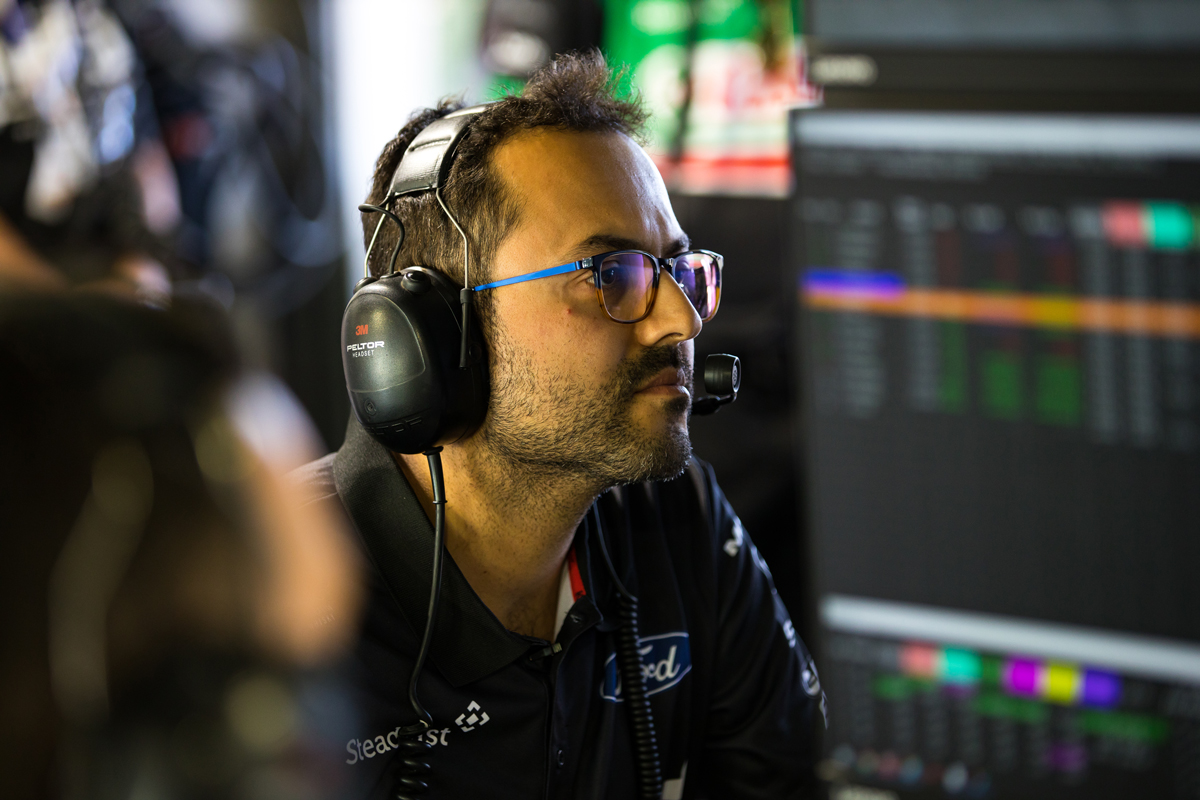 From Iraq refugee to leading Supercars race engineer, Dilan Talabani has been on quite the journey.

Talabani has become a familiar face in the Supercars paddock since joining the sport in 2008 with Triple Eight.

He’s now into his fourth season with Kelly Racing, engineering Andre Heimgartner and playing a pivotal role in the squad’s off-season transition from Nissan to Ford.

Talabani’s career grew from a perhaps unlikely beginning, though.

“I was actually born in northern Iraq,” he told Supercars.com.

“I was four years old when I moved to the UK. My whole family arrived in the UK as refugees, basically.

“It was interesting going to a new country. I kind of just got an interest in cars, motor racing, and then decided that’s what I want to do at a pretty young age.” 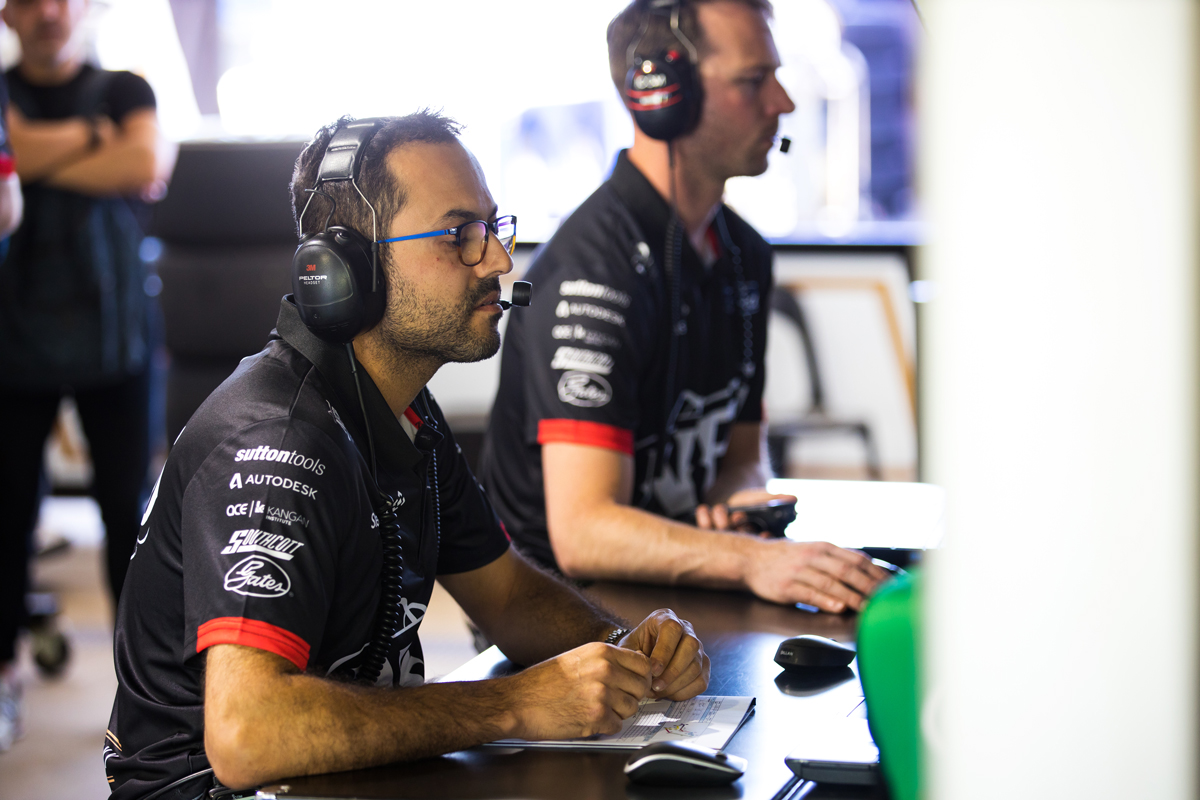 Hard work put Talabani on the path to an automotive engineering degree at Coventry University, which he juggled with working as a mechanic in his beloved rallying field.

“I eventually got employed by them and did a couple of seasons in the World Rally Championship; we were an M-Sport customer team so we ran a Focus and then the next year we ran an Impreza as a Prodrive customer,” he said.

“From there I went to work at Honda and ended up running their factory British Touring Car team. I ended up engineering the car, running the team, finances, the whole shebang.”

Next up was a return to the Middle East, working for a race team running Radical sportscars based out of the Dubai Autodrome – in the United Arab Emirates city where much of his family is based.

It was an old BTCC connection – Honda driver James Kaye – who was the catalyst for his move to Australia ahead of the ’08 Supercars season.

“James Kaye gave my name to [Triple Eight boss] Roland Dane and then Roland ended up offering me the job to come to Australia,” Talabani said.

“When I came to Australia, it was my first time here, so it was kind of like totally stepping into the unknown.”

That step into the unknown – not the first in his life – would be the foundation for a decade-plus career that is still going strong. 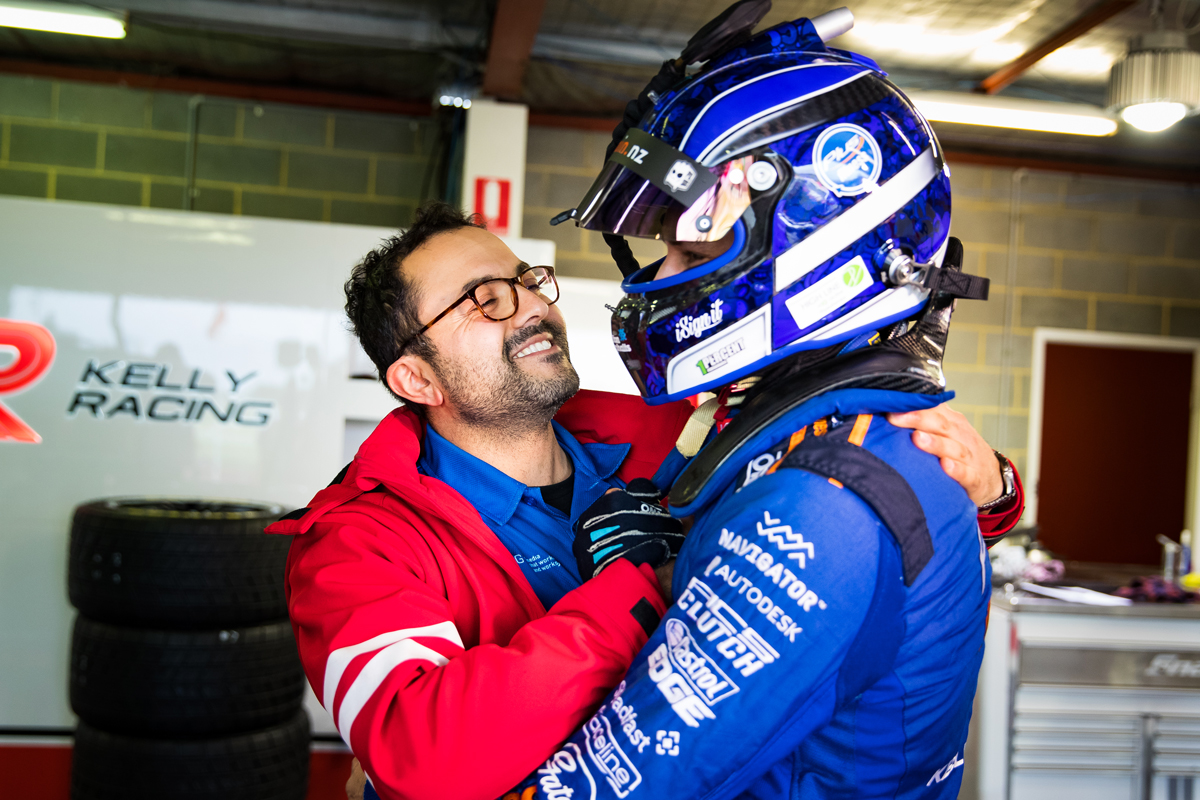 From starting as Triple Eight’s Sachs customer support engineer, Talabani progressed to be a data engineer for the series’ two factory teams at the time; first the Holden Racing Team, then Ford Performance Racing.

As he notes though, everyone wants that coveted race engineer role and it was with FPR customer team Super Black Racing that that first eventuated in 2015.

The driver was none other than a fresh-faced, 19-year-old Heimgartner.

“Anyone that steps into motor racing in an engineering aspect wants to end up as a race engineer because you have control of the whole program really,” said Talabani.

“You’re directing the team, you’re making the decisions and you get a lot of satisfaction out of it when things work out well.

“You obviously bear the brunt if things aren’t going well as well, so it’s high pressure but it’s high reward as well.

“People persevere to end up doing this job because they love doing it and it only works out if you’re pretty reasonably good at it as well.

“You’re constantly having to work on yourself to stay relevant, to stay in that job.”

Now 39, he worked with Chris Pither and Todd Kelly in 2016-17 before reuniting with Heimgartner in ’18 when Kelly retired. 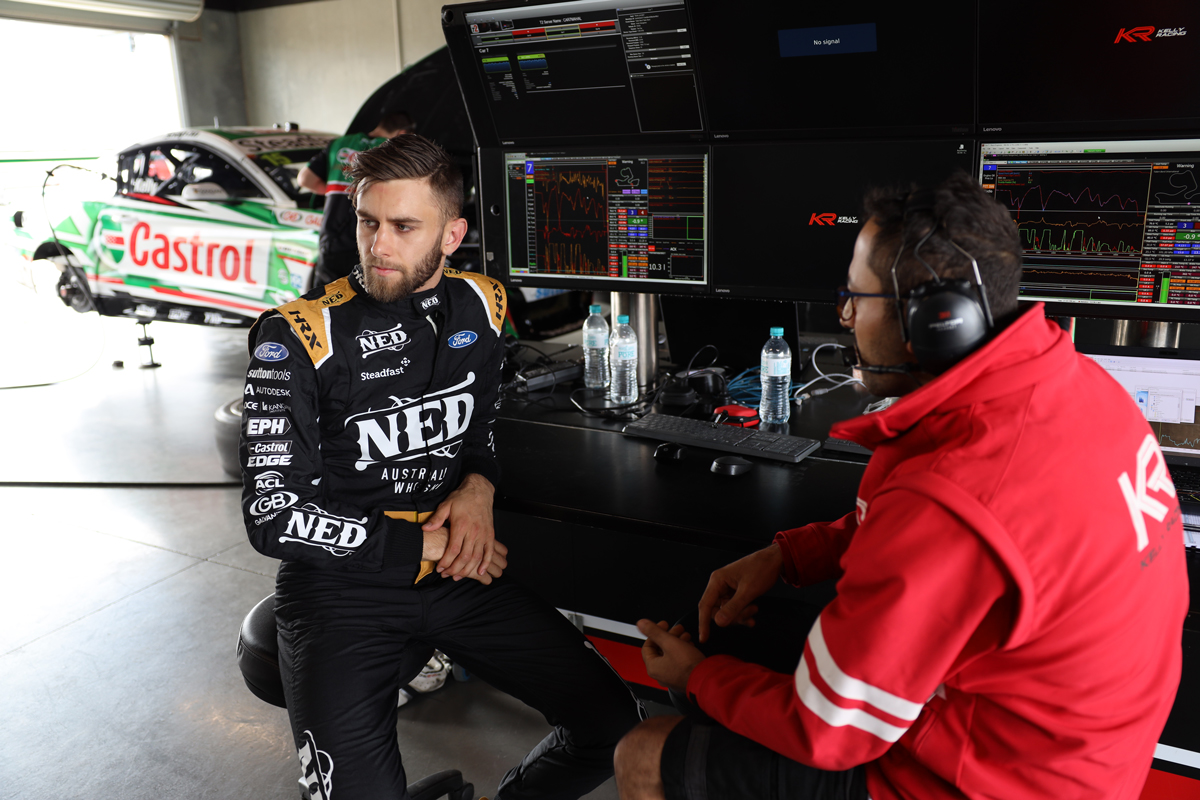 Heimgartner was one of the revelations of the 2019 Virgin Australia Supercars Championship, taking the first two solo podiums of his career.

Talabani has seen a significant change in Heimgartner from the wide-eyed teen who initially struggled to cope with the demands of being a Supercars driver to the fitness freak and self-confessed “old pro” at age 24.

The raw emotion of drivers celebrating success is visible for all to see – but those podiums at Phillip Island and Sandown were just as special to Talabani.

“It was my first main game podium as a race engineer, Phillip Island,” he said.

“So that was really satisfying, considering it was only two Penske cars ahead of us at a track that they have dominated in both the Mustang and the Falcon as well in the past and [Scott] McLaughlin goes really well there.

“It was good to get up there and prove that [Heimgartner] deserves to be up there and it shows a sign of his personal development and how he has come along in the championship.”

Kelly Racing’s announcement last October that it would run Fords for 2020, having pioneered a Nissan program since 2013, left its staff with a whole new challenge.

A 16-week timeline was established to build a new Mustang chassis, and convert Garry Jacobson’s 2019 Altima, involving significant labour and the production of various parts.

Then there was the in-house development of its own Ford V8 engines, described by Talabani as a “huge undertaking”.

“It is a pretty young engineering group; we’ve all had to adapt, educate ourselves and learn on the job,” he added.

At last weekend’s Adelaide round, Heimgartner voiced his praise of the crew’s unwavering commitment to the process: “Throughout Christmas and New Years and everything, my engineer was there flat out producing bits and working hard so there was no lack of effort from everyone involved.”

The reward was a relatively smooth weekend for both Heimgartner and Rick Kelly in Adelaide, collecting a top 10 finish each in a round where simply getting to the finish line had been the initial objective.

For comparison, Kelly Racing didn’t record a single top 10 last year in Adelaide, even though it had twice as many cars running – such was the ageing Altima’s limitations.

The Ford era of Kelly Racing promises so much, and Talabani deserves his fair share of credit for any plaudits to come.

Kelly Grove Racing ›
Stay In The Know
Sign up to the Repco Supercars Championship Newsletter
We use cookies to ensure that we give you the best experience on our website. If you continue to use this site we will assume that you are happy with it.Ok