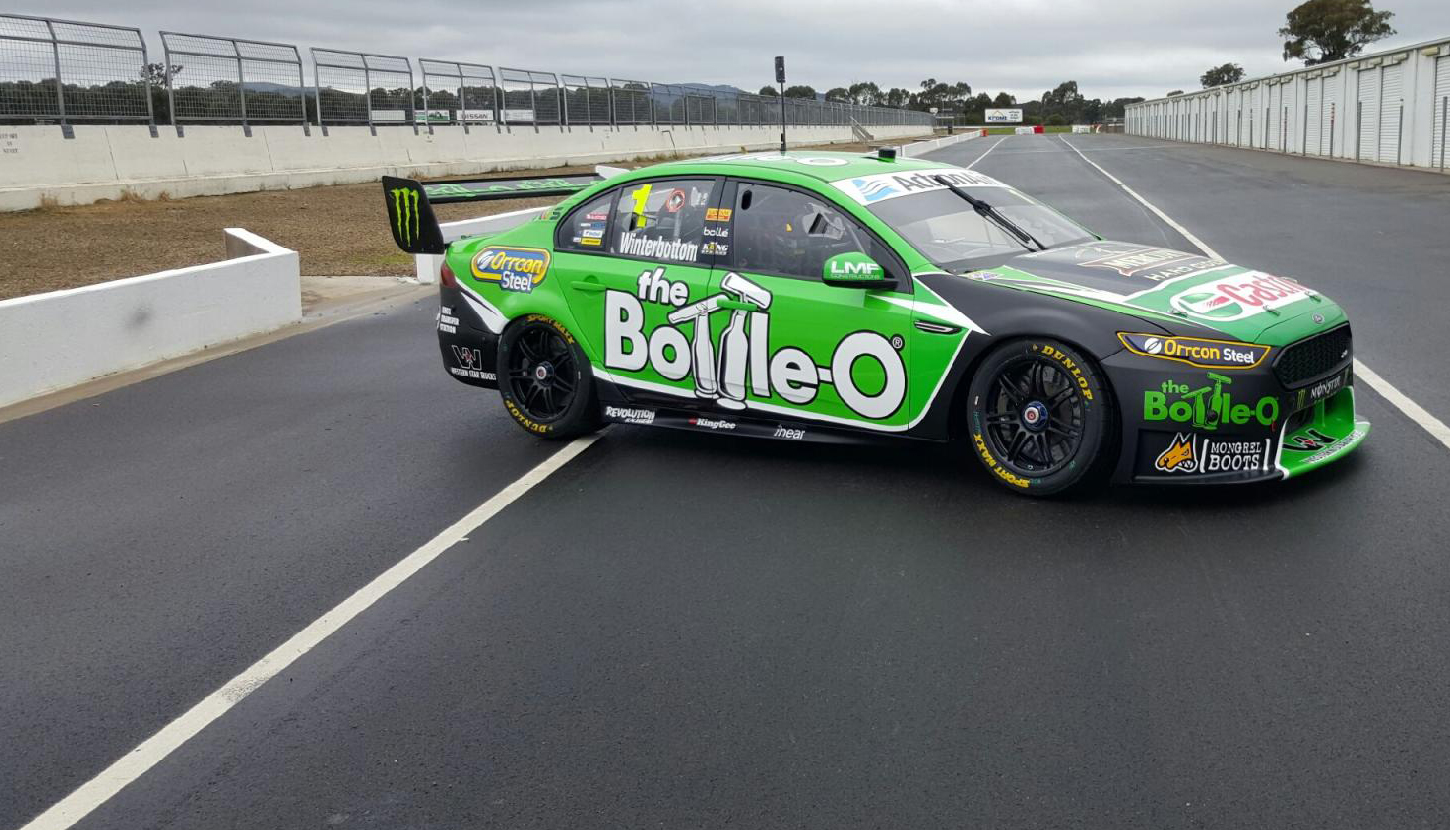 Defending Supercars champion Mark Winterbottom is pleased with his new chassis after a successful shakedown at Winton today.

Winterbottom told supercars.com it was always important to run a new car before a championship event, given the chance of niggling issues. Fortunately for the championship leader, his new Ford Falcon FG X ran smoothly with no problems.

The team was met with wintry conditions, but Winterbottom was able to run on a dry track for part of the 60km shakedown.

"The track was pretty greasy and stuff but probably the main thing is that the guys did a great job," Winterbottom said.

"We do these shakedowns as a precaution but the way it ran we probably could have rolled right out at Darwin.

Winterbottom popped into the Campbellfield workshop yesterday to ensure everything was to his liking when he sat in the car, and was more than happy with the end result.

“It feels the same seating wise and everything,” he said.

“The track was wet in spots so it was hard to tell exactly what was going sometimes but overall it was pretty spot on.

"That's the big bonus that the guys are prepping the cars to such a high standard and that’s a big plus for the team."

.@scottpye19's completed half his shakedown at QR in what is his first new car since starting with DJR in '14 #VASC pic.twitter.com/g5aOu04u7Z

Triple Eight and TEKNO Autosports are on-track at Queensland Raceway, while Brad Jones Racing elected to push back today’s test because of the Winton weather.