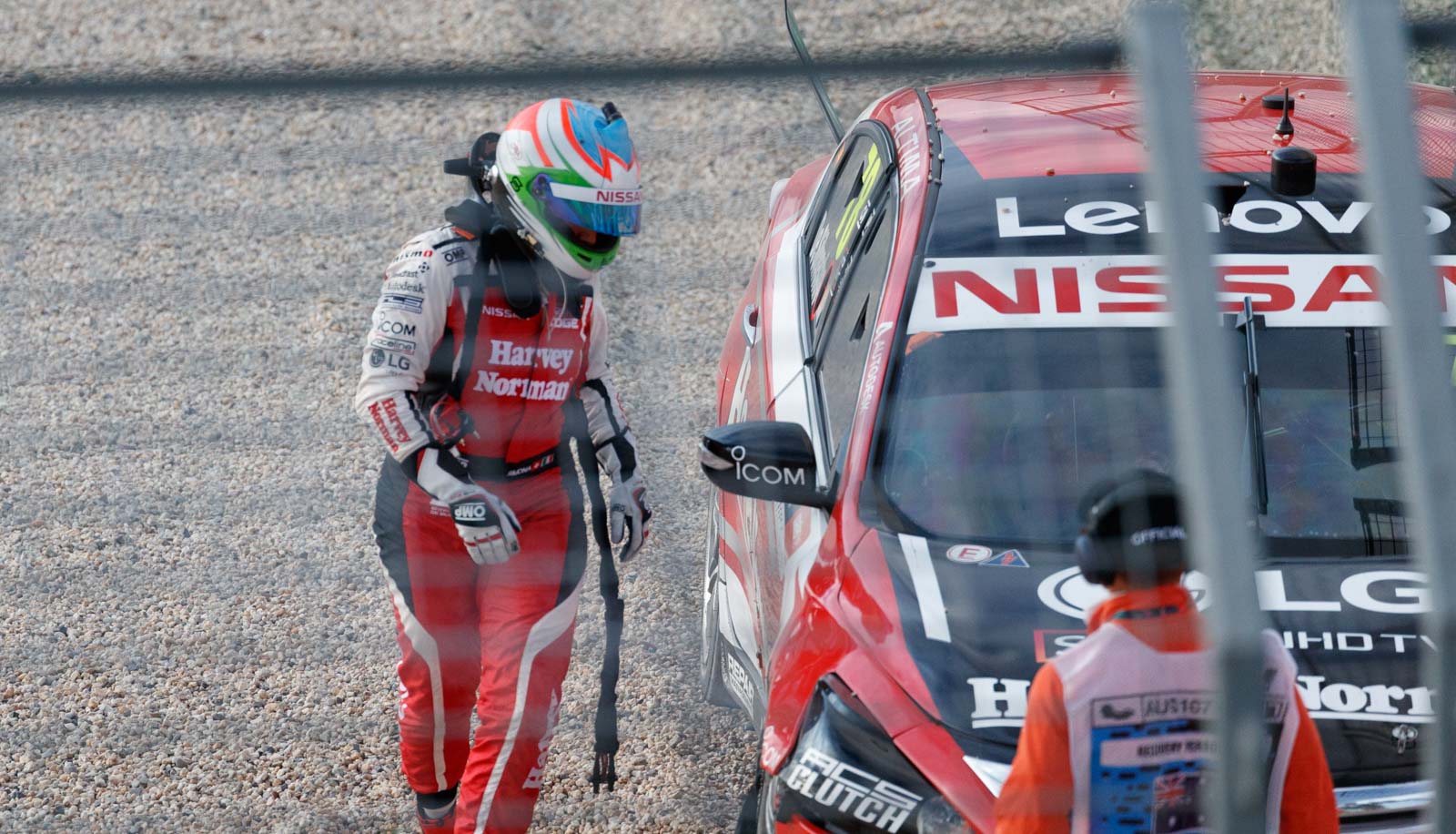 Simona De Silvestro was pleased to avoid a major accident after suffering a stuck throttle in the second race of the Coates Hire Supercars Challenge at Albert Park.

The 28-year-old Swiss’ race ended on just the third lap when the throttle issue saw her spear off at turn nine, glancing the concrete as the Nissan came to rest in the gravel trap.

De Silvestro said she had no warning of the issue until she went to slow for the corner.

“I’ve never had it ever in my life so it was quite strange,” De Silvestro told Supercars.com.

“The engine was full revs in the braking zone. Even when it came to a stop it was still going full-tilt.

“I didn’t know really what was going on because at the start it was like I was just locking the brakes.

“Your first reaction is to get off the brake (to clear the lock-up) but then you realise it’s still driving forwards.

“So I had to move both feet over to the left (due to being a left-foot braker) to get the clutch in and slow it down.

“It was definitely a scary moment, but it was lucky that it happened where there was some run-off.” 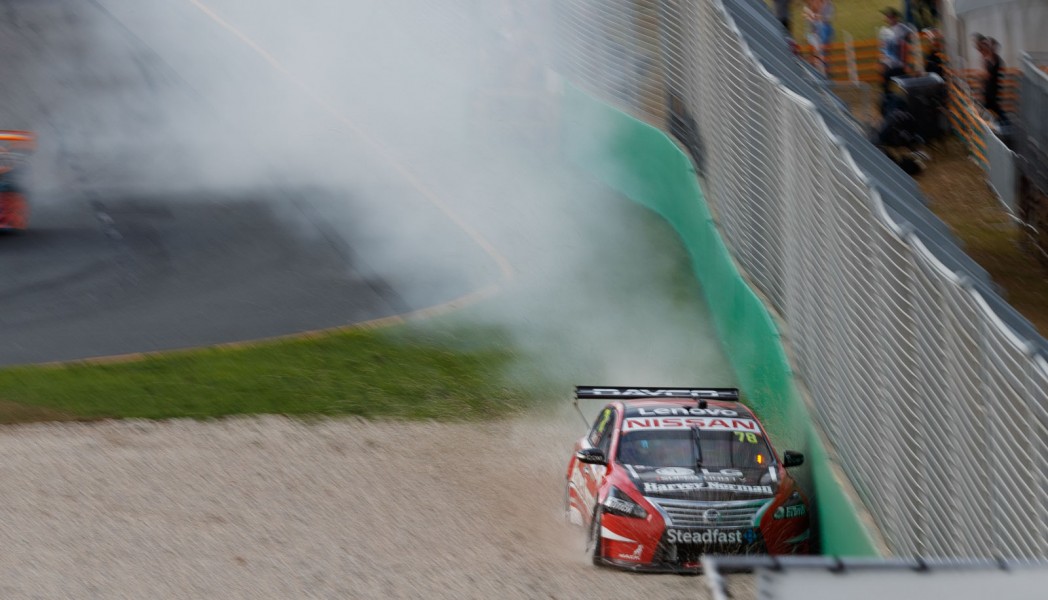 “I had a really good start and found a bit of a hole but then got squeezed when Tim Blanchard turned in front of me,” she said.

“I had to get out of it and it seemed like Dale Wood just flew over me, his wheel went pretty high up.

“I thought we were done because it had quite a big hit but the steering seemed fine.

“It put us back a little bit but we were moving forward until the throttle stuck.

De Silvestro had moved from 22nd on the grid to 13th in the day’s earlier race, leading home Wood and Craig Lowndes.

“I got a bit greedy in the middle of the race, made a few mistakes and lost a few positions which is something I shouldn’t be doing,” she said.

“I’ll learn from that, but the pace is pretty good in the race which shows that if we can qualify further towards the front I think we can race there.

“Qualifying is so tough in this series, you really need to maximise the tyre and I haven’t found that yet.

“I’m trying to learn a lot from Michael (Caruso) on that because he really nails it when he goes out to qualify.”

23/03/2017
Stay In The Know
Sign up to the Repco Supercars Championship Newsletter
We use cookies to ensure that we give you the best experience on our website. If you continue to use this site we will assume that you are happy with it.Ok