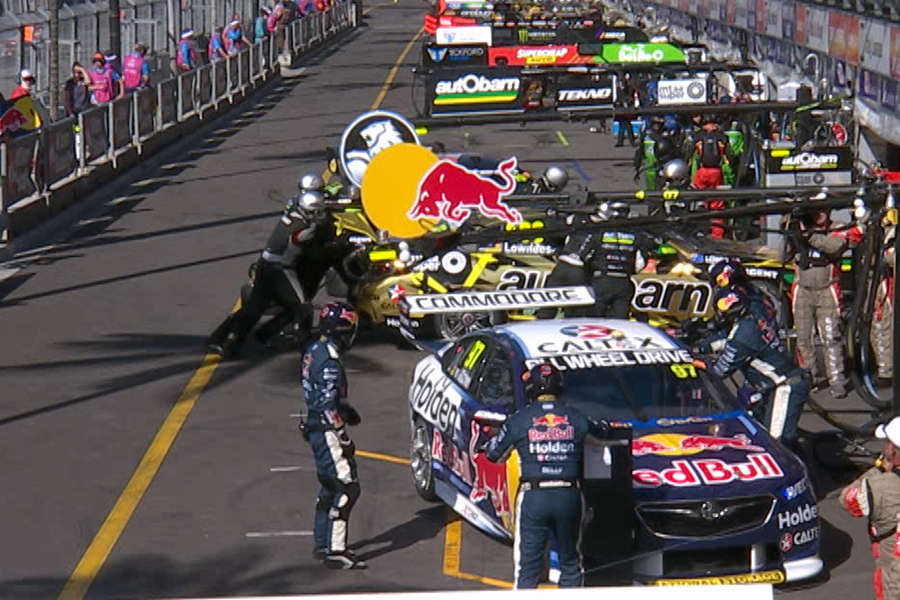 Talk of team-mates helping the title protagonists was one of the key storylines in the build-up to the Coates Hire Newcastle 500.

Lowndes’ gold Autobarn entry was parked broadside across its pitbox on lap 43, with crew struggling to move the car due to broken steering from contact with Scott Pye.

Van Gisbergen ended up taking on the critical remaining fuel while parked at a significant angle in a pitstop that is the subject of a post-race investigation.

“Craig was stuck trying to get in because of the damage,” Dutton told Supercars.com.

“Shane had to go in at quite an angle, and quite a way forward, just to get him around the car. We were almost not able to get into our pit bay.

“It’s one of those things, we had to leave it to the guys next door [in Lowndes' garage], because it’s still maximum people across the line [restrictions], you can’t send another four people to push it in.

“Because we weren’t changing tyres on the third stop, we had spare bodies to do it, but we didn’t because we’re not allowed to.” 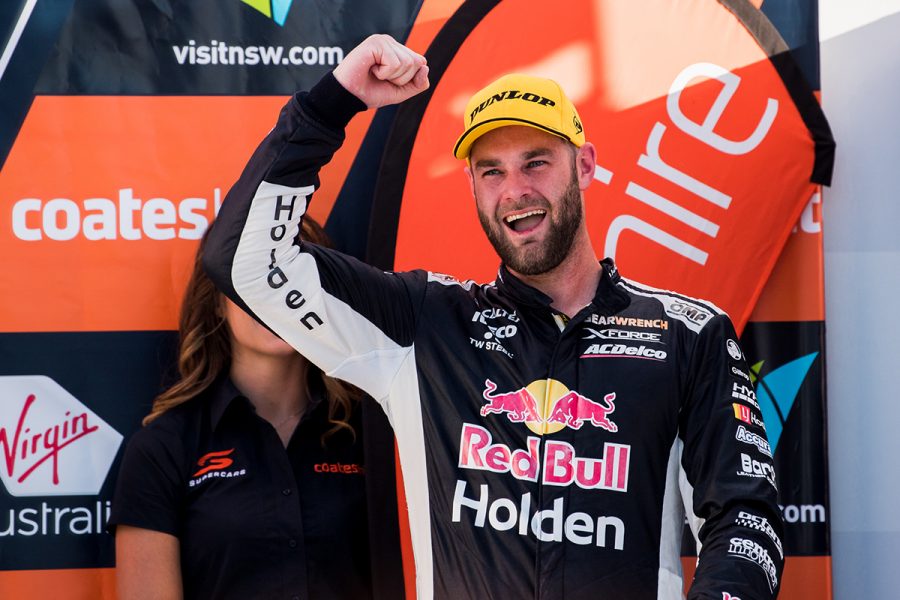 Dutton and van Gisbergen both admitted they thought they had no chance of victory when they couldn’t get the 140-litre drop completed in the second stop.

Arch-rival McLaughlin jumped to the lead by completing the 140-litres in two stops.

While the television coverage suggested that was due to the Shell team ‘venting’ extra fuel up the breather hose, Dutton said his team also vented as much as it could.

“I’m guessing they must have started with less fuel or been burning more, because we fully vented it and couldn’t fit it in,” he said.

“You can decide your start fuel, that should be the only way you can do that. They can’t vent any more than us, because it’s gravity-fed and it should get to the same height.”

McLaughlin used more fuel than the Ford team expected in the final stint, with the driver discovering he was in big trouble when he received a warning two laps from home.

Of his hopes, van Gisbergen said: “I thought it was all over, the chance for the victory, after the Safety Car came out.

“I hadn't got the call yet (to pit), I knew that it was too early and obviously we had to come back in again.

“I tried to burn as much fuel as I could so we could fit it in [at the third stop], which we could.

“Then I came out and the four Nissans were there, which are the hardest cars to pass.

“Then I saw them all doing burnouts (to use fuel), so I knew they had to come back in and stop.

“Simona (De Silvestro) was really quick, driving really well, I couldn't get past her. I backed off and went again and she threw the indicator on, which was good.

“The finish was unreal; I didn't see it coming. I thought he would've been home and hosed.

“I saw how early he was backing off with two to go and then out of Turn 9 on that last lap, he was really out of it.”