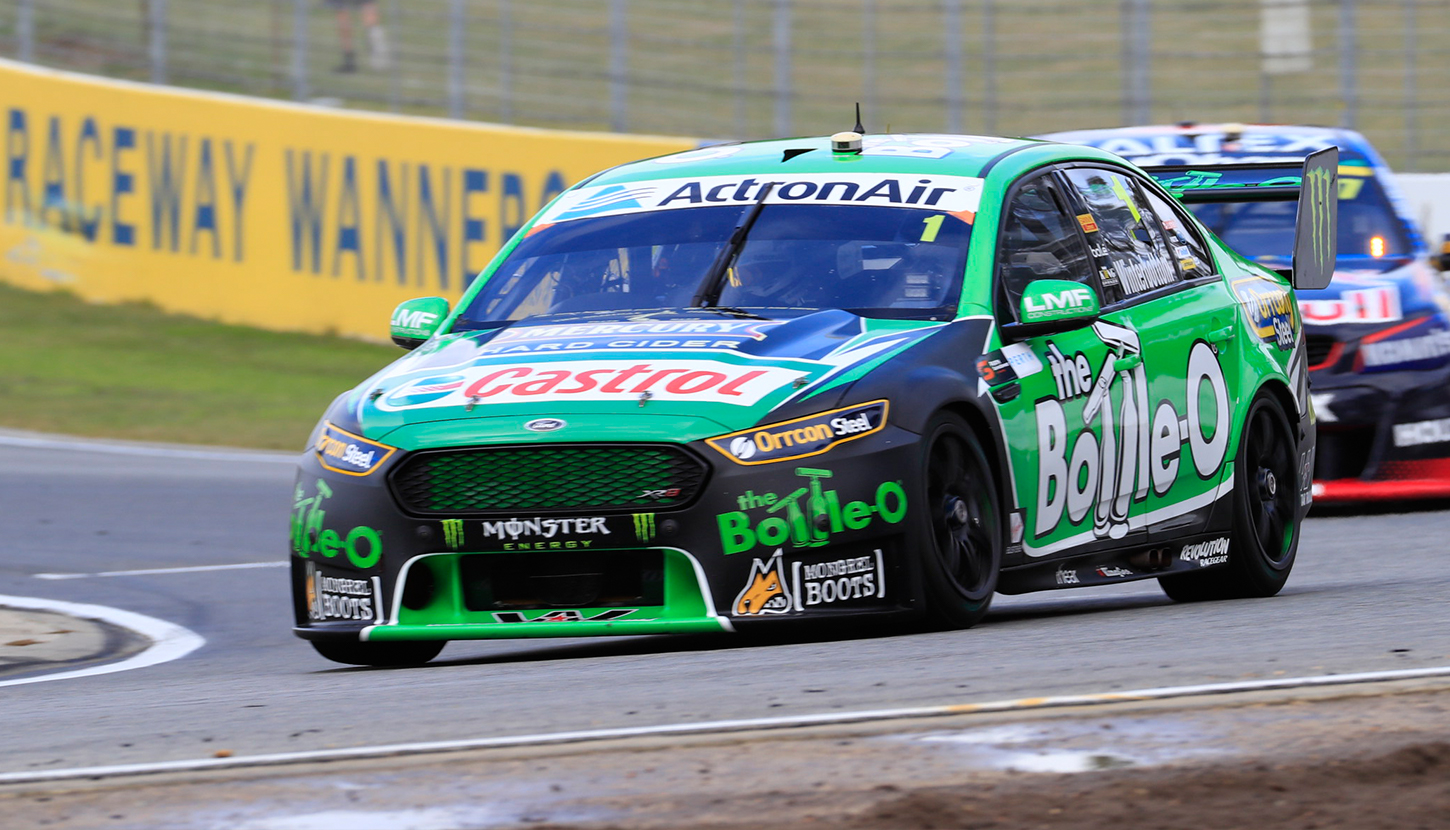 The new Saturday format with one extended race has worked well this season – but with the abrasive surface at Barbagallo Raceway, early pit stops could be dangerous as tyre life is key.

In his exclusive column for v8supercars.com, champion Mark Winterbottom suggested cars could win from anywhere in the top 10, calling it “the most open race of the year”.

Red Bull racer Shane van Gisbergen believes there could be many ways to win the race – and any team planning to pit early in the 50-lap dash would be brave.

Cars can stop anytime after lap five (provided there is not an early safety car) but will need to manage tyre life around the abrasive circuit, which is often coated with sand as drivers spear off track and bring the dirt back online with them.

“It’s going to be a bit of an unknown – there’s going to be some different things and ways you can win the race here,” van Gisbergen told v8supercars.com.

“Saturday’s going to be one thing and then Sunday is completely different again. So it’s going to be interesting to see what people come up with and what we can do as well.

“The tyres go off so much and it’s such a long race really – you won’t be pitting on the fifth lap like we have been early, I don’t think. You’ll be brave if you do.

“So where people pit in that race will be interesting. There’s a massive pit window this weekend on Saturday, and Sunday as well.”

Holden Racing Team star and hometown hero Garth Tander suggested the 120km sprint could end up being more fascinating than Sunday’s longer race, which will require at least two pit stops to take on the compulsory minimal fuel.

The HRT is typically strong with strategy and stops, which may help in turning the team’s recent record in Perth around this year. Tander’s teammate James Courtney topped practice yesterday in changing conditions.

“I think the Saturday format throughout the whole year has been much, much better and coming here to Perth it will be better again because the strategy is going to be so much more important,” the 2007 champion said.

“It’s 120km race, we’ve got enough tyres to do proper strategy over the course of the whole weekend, so that means we’re not going to compromise your Saturday race, to help the Sunday race.

“So I think the Saturday race is probably going to be quite interesting – probably more interesting from a strategy point of view than Sunday’s race, so I’m looking forward to that.”

Six-time champ Jamie Whincup believes the more complexities in the race the better.

He’s looking for his first win in Perth since 2013, which will be his 99th career victory in V8 Supercars. Seventeenth overall yesterday surely won’t be an indication of his speed this weekend, with his second practice session marred by a battery issue.

“I’ll second what the other guys are saying, it is extremely tough to get the strategy is right – that’s what the game is going to be all about.

“That’s only a good thing for everyone, that just adds to the battle.

“That’s not to mention throwing in a bit of weather … Perth has always been about strategy and this year is no different.”

The V8 Supercars have one final 15-minute practice session this morning at 10.35am local time.