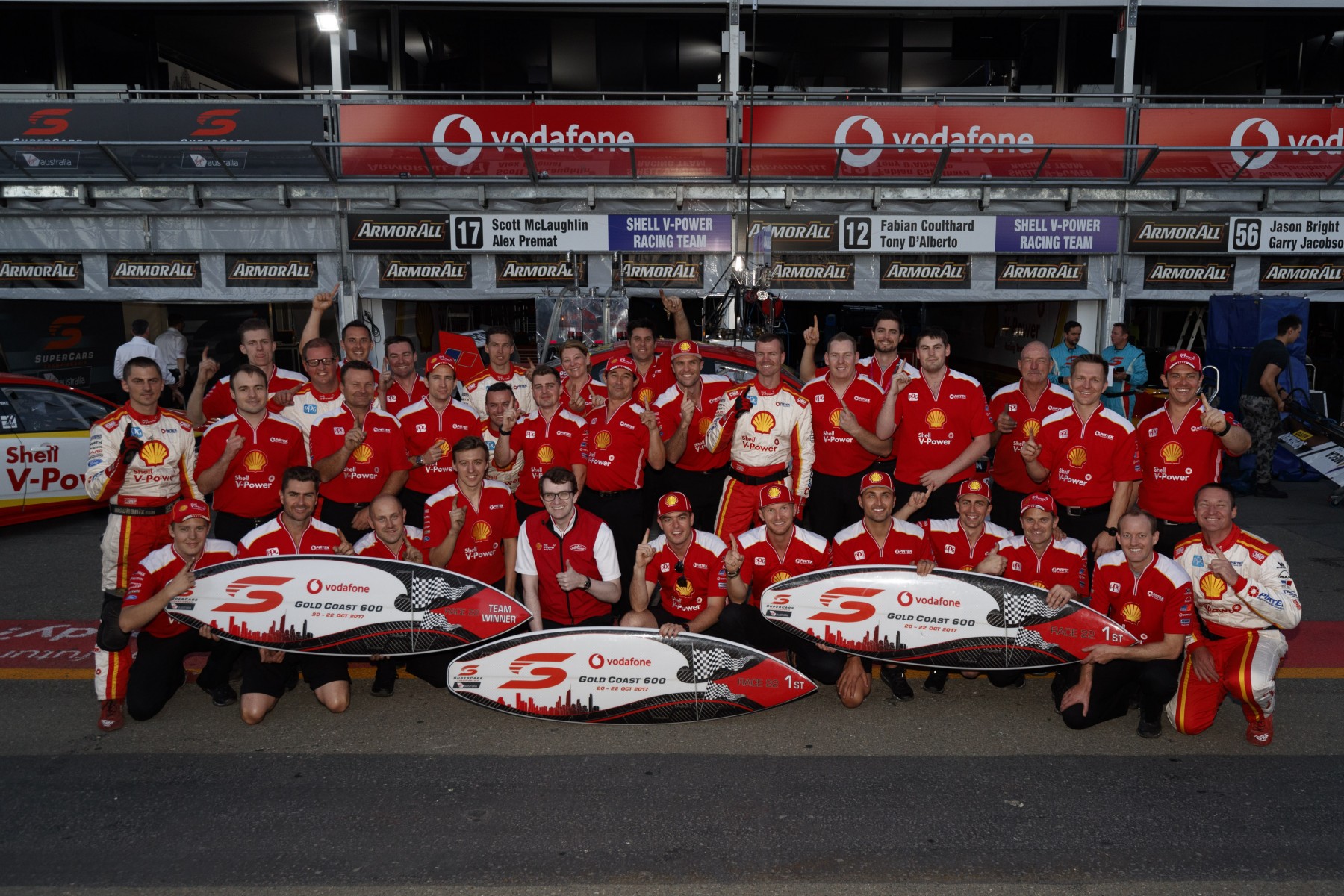 McLaughlin and Alex Premat won the second leg from 13th on the grid, progress on track accompanied by a successful undercut to jump all three Triple Eight Commodores.

By making his final stop two laps before Shane van Gisbergen and Craig Lowndes and four before erstwhile leader Jamie Whincup, McLaughlin vaulted from fourth into the lead.

Whincup believes his strategy was too conservative, but Story says the only time his team thought about McLaughlin having enough fuel was due to questions from outside the garage.

McLaughlin ran out of fuel on his inlap, pushing the #17 Ford car down pitlane having already celebrated with burnouts on the back straight.

“I think others made more of it than what we did internally,” Story told Supercars.com.

“I was getting messages left, right and centre from friends sitting at home watching and telling us what Neil [Crompton] and Skaifey (Mark Skaife) were making of it all.

“That’s really what tipped us off to the fact that people were fascinated by the move we made. 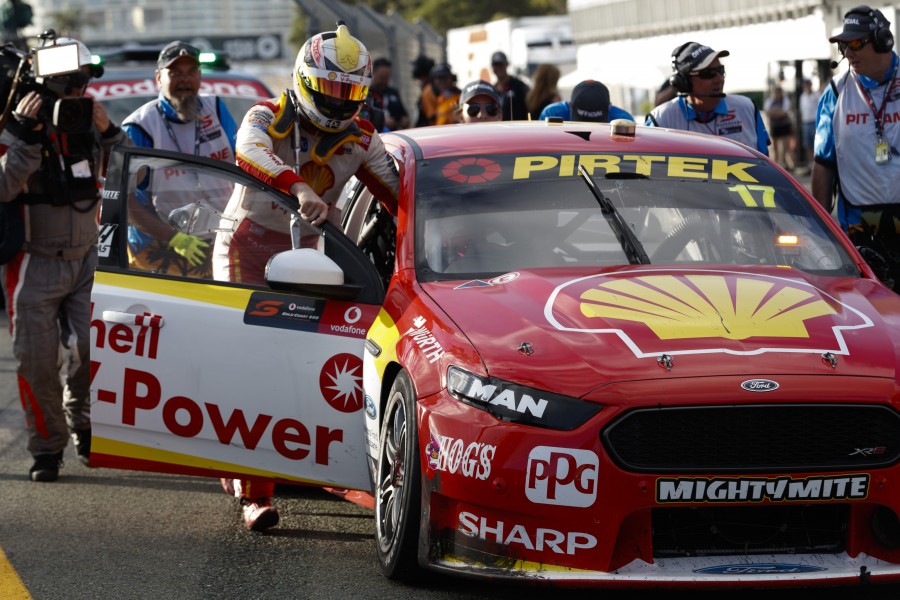 “Even with running the thing at high revs and putting a bit of black liquorice strips around the track at the end of it [doing the burnouts], he still managed to have a little bit in the tank at the end.

“Quite honestly, if it wasn’t for my phone buzzing and glowing white hot, it wasn’t even something that was discussed at the time."

McLaughlin and Coulthard only managed 13th and 22nd in qualifying on Sunday morning, having already lost points to their title rivals by finishing 12th and a penalty-affected 19th respectively in the wet opener.

Both Falcons were more competitive in the race on Sunday, after what Story describes as “wholesale changes”.

“That was a very ignominious way to start the day for it,” he said of qualifying.

“It’s interesting that all roads led back to braking. Both drivers had different concerns there. It was certainly costing them lap time, without a doubt.

“For the engineering group to be able to take stock in that environment and not be overly disheartened and make the right calls is a true sign of how far we’ve come over the course of the past 18 months.

“There was nothing off the table. You think about some of the tracks we visit during the course of the year and what you can learn through the set-up evolution there, and think of a place like Townsville having some similar characteristics as a street circuit to a place like this.

“These guys opened up the vault as to what worked and went back to something that was a little bit closer to what we knew with the bespoke approach that’s necessary to get over the kerbs and really muscle a car around the beach chicane and through 1 and 2 like you have to here.

“The guys did a ripper job on that front. When faced with tough calls, they made the right calls.”