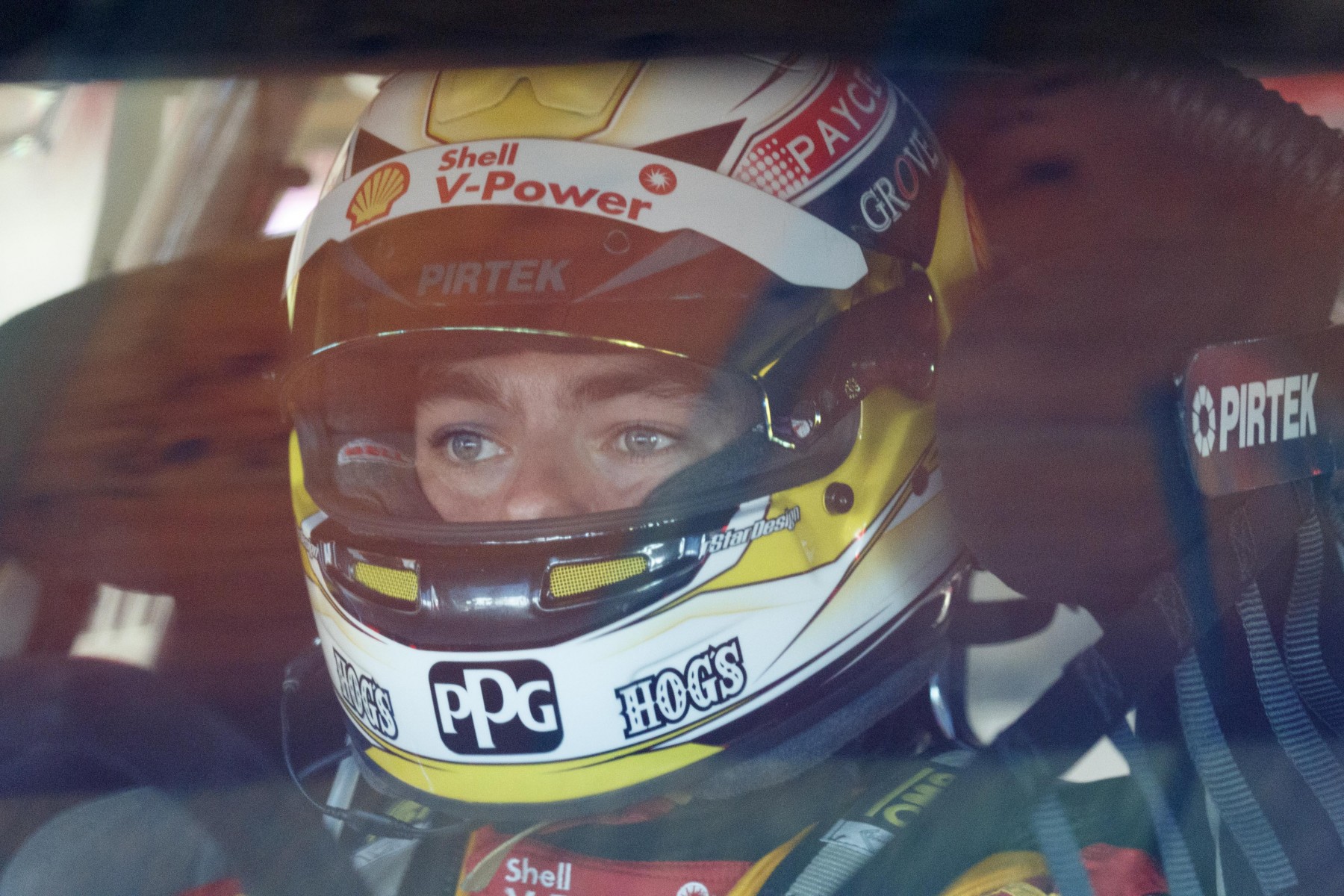 Shell V-Power Racing acknowledges it has no way to overturn the penalty that cost Scott McLaughlin the Supercars title, and wasn’t surprised it was dealt as quickly as it was.

Polesitter McLaughlin needed to finish 11th or better in the final race of the season in Newcastle, and crossed the line 11th as rival Jamie Whincup won the race.

However the 24-year-old had collided with Craig Lowndes on the run between Turns 1 and 2 on the penultimate lap, the hit between the Shell Ford and TeamVortex Holden leading to a further big impact for the latter.

Stewards handed McLaughlin a pitlane penalty for “reckless driving”, which became a 25-second addition to his race time that dropped him to 18th.

A penalty issued during the race, rather than as the result of a post-race investigation, cannot be appealed, giving the team no recourse.

Asked if his team had any avenues to explore on the decision, managing director Ryan Story said: “No. There’s not.

“The rules are quite clear that a time penalty during the race isn’t subject to appeal. And that’s just how it goes.

“We have to be circumspect about the day in reference to the entire year.”

McLaughlin had already been penalised twice in the race, the first a drive-through for speeding at pit entry - a penalty team-mate Fabian Coulthard also incurred - and the second for contact with Simona De Silvestro.

The third penalty, for the contact with Lowndes, was issued in the brief window between the collision occurring and McLaughlin finishing the race.

With a title to decide and celebrate, Story says “it doesn’t surprise me” that the matter was dealt with that quickly.

“You want to see a champion crowned at the last event, don’t you?” he noted.

“I think part of the rationale is fixed in that regard, and that’s just how it goes.

“We’re gutted, as you might expect, but we’ll bounce back.”

Asked if a way to investigate matters quickly post-race was required, Story said: “We’ve seen some interesting things this year, where we’ve been on the wrong end of the stick and the right end of it.

“I think it’s safe to say we were at the wrong end of it today, any way you look at it.”

With the results as Whincup and McLaughlin crossed the line, the pair would have finished the 2017 season level on points with McLaughlin the champion on a countback of race wins.

Story said his immediate reaction was that the incident would attract scrutiny, and that he had to moderate the mood in the garage accordingly.

“The first thing that I sought to do was calm some of the enthusiasm and excitement down, because it was pretty clear it was something that was going to get looked at,” he said.

“But what the outcome was to be was neither here nor there at that point in time.

“You have to be circumspect in these instances, that’s what we are.”