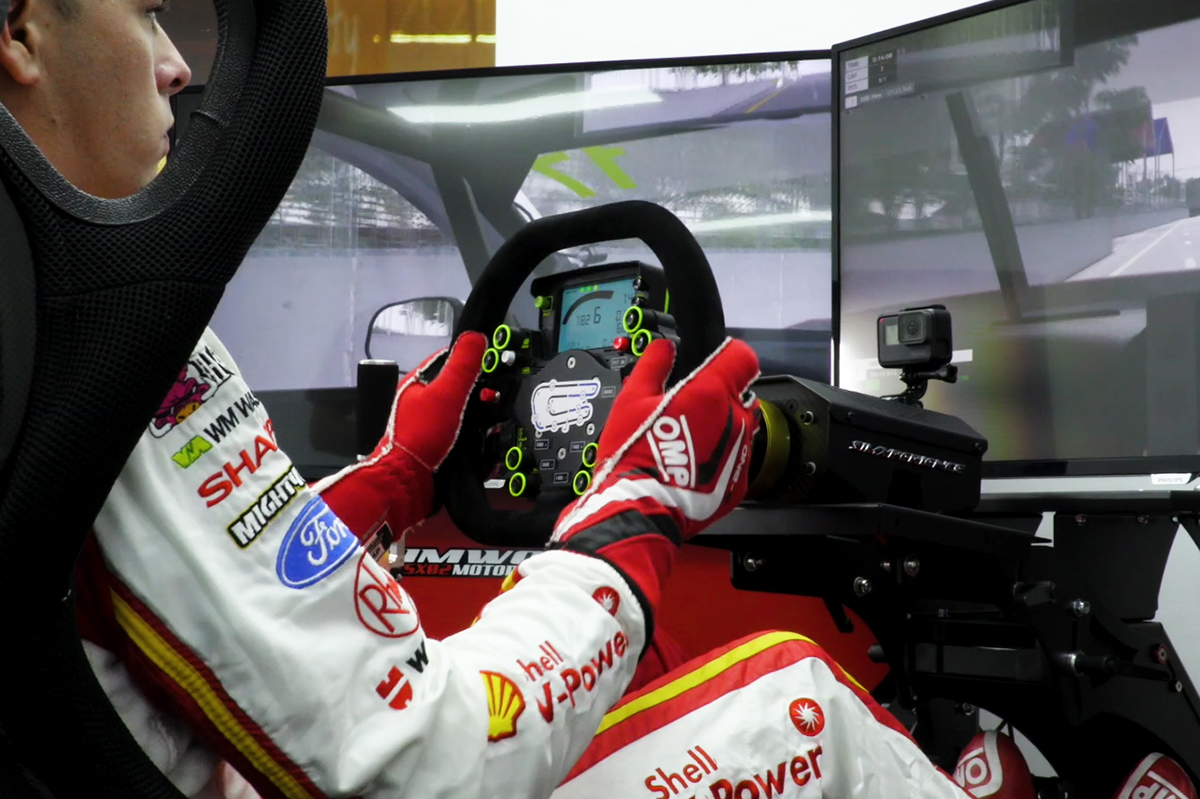 The simulator Shell V-Power Racing installed at its workshop earlier this year is proving its worth, managing director Ryan Story believes.

It joined Erebus in having an in-house sim, while a number of other drivers including Craig Lowndes and Shane van Gisbergen have used the Motionforce1 at GT squad McElrea Racing.

Scott McLaughlin leads the 2018 championship having won five of the last eight races, with team-mate Fabian Coulthard seventh, having recorded a victory at Winton.

Story told Supercars.com the simulator has “been a great addition” to his team’s efforts.

“The drivers love it, the engineers love it,” he said. “It’s certainly something they use to get their eye in, pre-event the guys use it to run some laps.

@FabianCoulthard was in the workshop today having a run on the simulator ahead of next weekends Townsville 400. #VASC pic.twitter.com/TIKRXE0SwM

“None of these things are perfect, but it’s a good opportunity and a good way to dial into a circuit and get yourself familiar with some of the notes that you have from last year, in terms of things to watch for.

“They can try different lines and try different things. The package that we’ve got from Simworx is really good and it allows us to do that.

“It’s something we’re going to continue to improve and continue working on ensuring we get the correlation as close to practical – it’ll never match the real thing, of course, but it’s certainly a good start.

“We’ve seen an improvement in our on-track performance and driver confidence since we’ve started using it.”

McLaughlin and Coulthard are not the only personnel to have spent time on the machine, with Dick Johnson and various engineers having also sampled it.

Story says having a tool through which driver and engineer can pre-empt the coming event’s talking points is beneficial, especially for the first-year partnership between Coulthard and Mark Fenning.

“Both of our drivers are quite good, particularly Scott, at taking notes and having a real thorough post-game analysis of what went right and what went wrong and why,” Story added.

“It gives you the opportunity as part of that review to hit the track and try a few things out.

“That allows them to sort of understand what the driver’s talking about, getting some of those language calls right, so that they’re speaking – particularly with Mark and Fabian – about the same thing.

“It’s helped with a little bit of that correlation as well.”