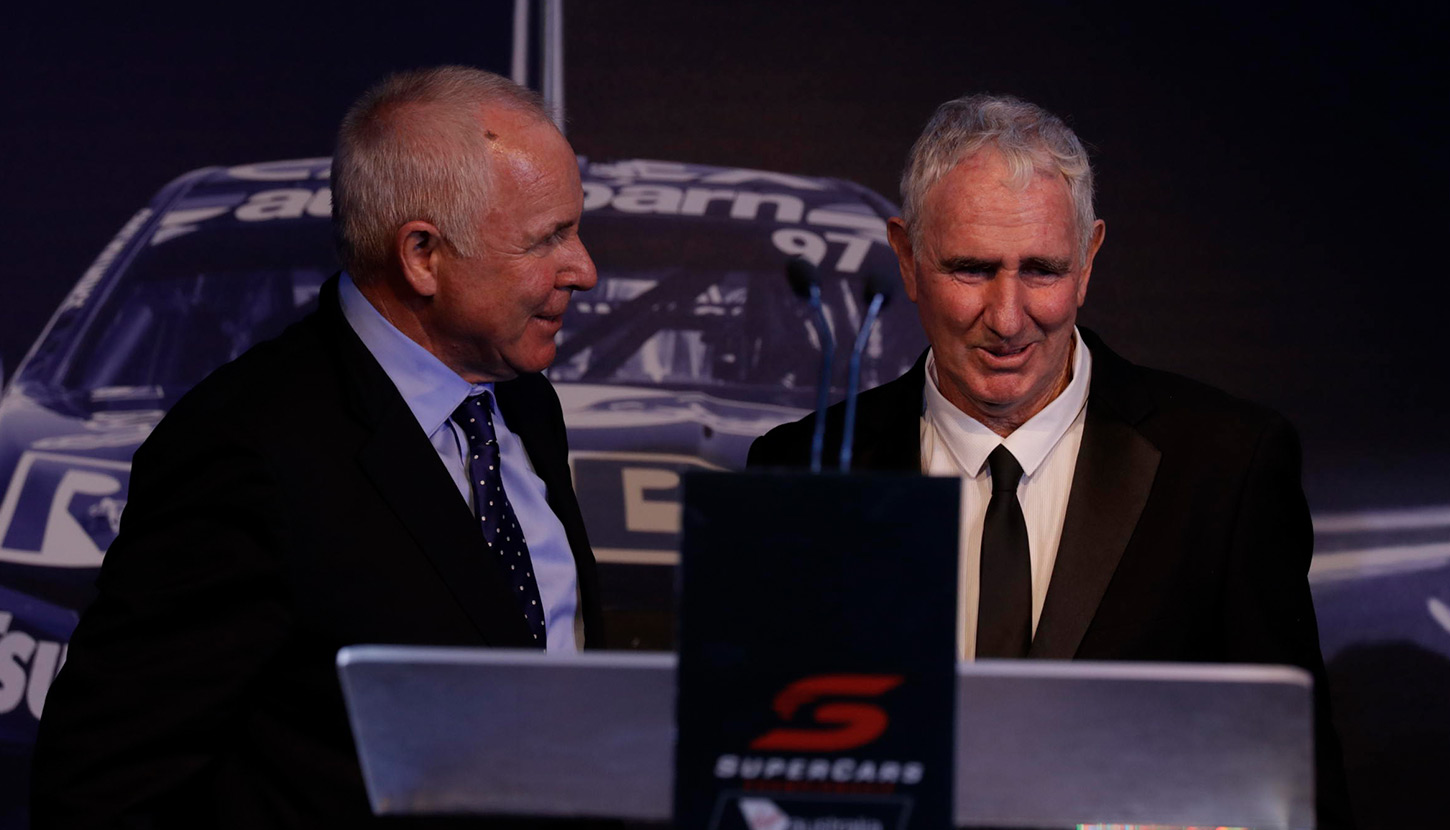 Ross and Jimmy Stone have been inducted into the Supercars Hall of Fame after motorsport careers spanning four decades.

The 20th and 21st inductees into the Hall of Fame, the Stones join last year’s inductee Garry Rogers, and other legends including Peter Brock, Dick Johnson, Mark Skaife and Allan Moffat.

It is often said that racing runs in the blood of many families in the Supercars pit lane, however in the case of the Stone Brothers, it is part of their DNA.

Landing on the Australian Motorsport scene in the mid-1980s, the pair worked separately for several teams before they reunited at Dick Johnson Racing in 1992, overseeing Sandown, Bathurst and Championship wins.

In 1996 they struck out on their own to form Alan Jones Racing alongside the 1980 F1 World Champion before buying AJ’s stake to form Stone Brothers Racing for the 1998 season and finding instant success with Jason Bright and Steven Richards winning the ’98 Bathurst 1000.

The skills, smarts and work ethic of these brothers from New Zealand helped them build this team into a powerhouse Supercars that swept all before it in the mid-2000s.

They created a squad that won races, pole positions and Championships – and one that involved the entire Stone family in its success.

Ross was the manager and front man, with Jimmy content to design and develop in the background away from the spotlight.

It was Marcos Ambrose and Russell Ingall that gave Ross, Jim and their Queensland-based team three Championships in a row across 2003, 2004 and 2005.

The roll call of SBR drivers is a who’s who, and speaks volumes for the fact that quality teams attract quality drivers.

After competing in 199 championship rounds and 450 races, the curtain came down on SBR at the end of 2012, when it became Erebus Motorsport.

They are most deserved new members of the Supercars Hall of Fame.

04/12/2016
Stay In The Know
Sign up to the Virgin Australia Supercars Championship Newsletter
We use cookies to ensure that we give you the best experience on our website. If you continue to use this site we will assume that you are happy with it.Ok