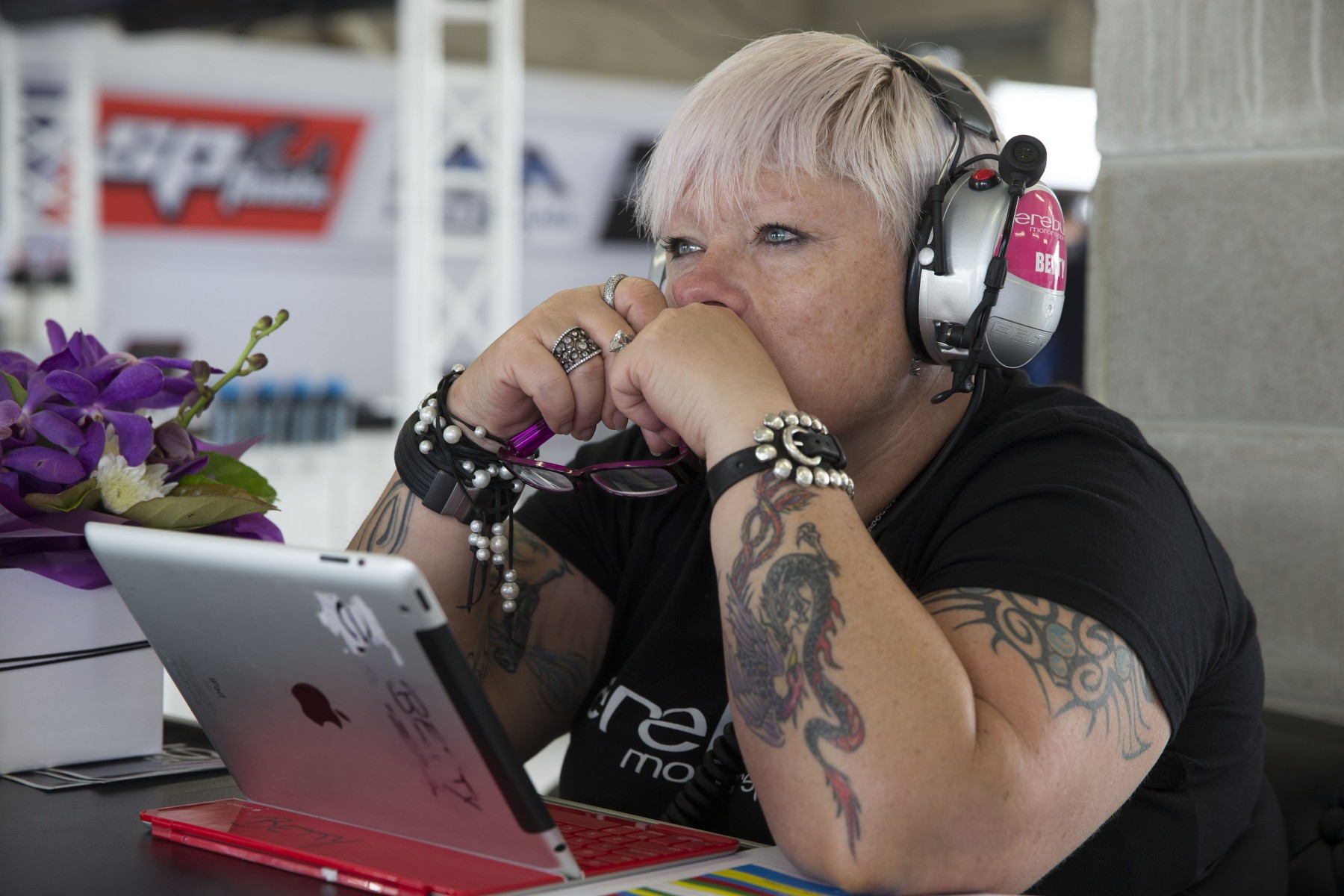 Betty Klimenko may be lining up on the grid with Commodores this year, but she insists hers will not be just another Holden team.

The Erebus queen is determined to keep her identity and independence in V8 Supercars, and is focused on achieving results in a proven race car in 2016.

With David Reynolds lining up as her star driver and some support from a manufacturer to calm the nerves, Klimenko expressed her excitement for the season ahead.

Though it was “bittersweet” to say goodbye to the Mercedes Benzes, she has been blown away by the support Holden offers, despite not being a factory team.

Now she feels Erebus is in a position to capitalise on its potential and move forward.

“We get no more, no less than any other non-factory team, we’re in exactly the same place they are and it’s a good place to be, in the sense of just receiving an email to say ‘welcome’ … I feel like I can relax a little bit now.”

Klimenko revealed the lack of support from Mercedes and AMG had started to get her down as she considered the future and the Gen2 phase of V8 Supercars.

While the team’s relationship with AMG is still positive through the GT program, Klimenko understood they didn’t want to be involved with V8 Supercars and says there’s now a good separation.

“I got to a point where I’d walk down the grid and I’d see teams that weren’t doing so well but they were still being supported by their manufacturer. And I think my heart just gave out and I went, ‘I’ve had enough of this’. It didn’t really happen until the end of the year – even after the season finished, I still hadn’t made up my mind,” she said.

The change has been tough, but necessary, she believes, and fan support has been positive.

“In some ways it broke my heart [to change cars] but I’m also excited, so it’s a very bittersweet thing for me personally.

“I put so much into the AMG engine and the cars, I don’t feel like I’ve let myself down but I feel like I’m taking a hiatus.”

Despite investing big money into the E63s, Klimenko strongly stated it wasn’t a mistake to go so far down the line – she’s proud of the ‘firsts’ she achieved along with her crew and is looking forward to more achievements.

“For me, I did something that was never done before in so many ways,” she said.

“Forget the part of being a woman – that’s just who I am – but I don’t think I’ve ever seen a case where you are your own manufacturer, that a manufacturer doesn’t want to be associated with their cars on the V8 grid.

“I was very proud of myself, the team and … what they built. I’d never trade or change that for anything or call it a mistake. It’s not a mistake – it’s something that we have done and it’s not in the bin, it’s just having a bit of a rest for the moment.”

Klimenko joked she’d bought a lot of bubble wrap for her old chassis – which she hopes can be raced someday, or displayed when her team shifts to a bigger workshop. “I’m not getting rid of them,” she said. “There might be a race in the future it’ll exactly fit into. I put too much time, effort and money to sell everything off, I’m not that kind of person.”

The Commodores – which were purchased from Walkinshaw Racing as the team chose to downgrade from four to two cars for 2016 – will be run independently by the Erebus crew, with no relationship as such with the factory Holden team.

The plan for this season?

“The cars will do as well as the effort, and what we put into them … we need to get used to this car, so the first six months, I don’t expect to come out against and be at the pointy end straight away.”

She’s confident in Reynolds – who finished third in the 2015 championship with Prodrive – having known him for years through racing circles. While Klimenko says some have questioned her and Reynolds’ compatibility, she described their relationship as docile.

“We understand each other – instead of having to say anything we just give each other this look and know what we’re talking about because I’ve known him for years.”

2016 brings a bit of everything for Betty – a bit of relief, a bit of sadness in saying goodbye and “a lot of excitement”.

“For me it’s the beginning of a new way of doing things,” she said.