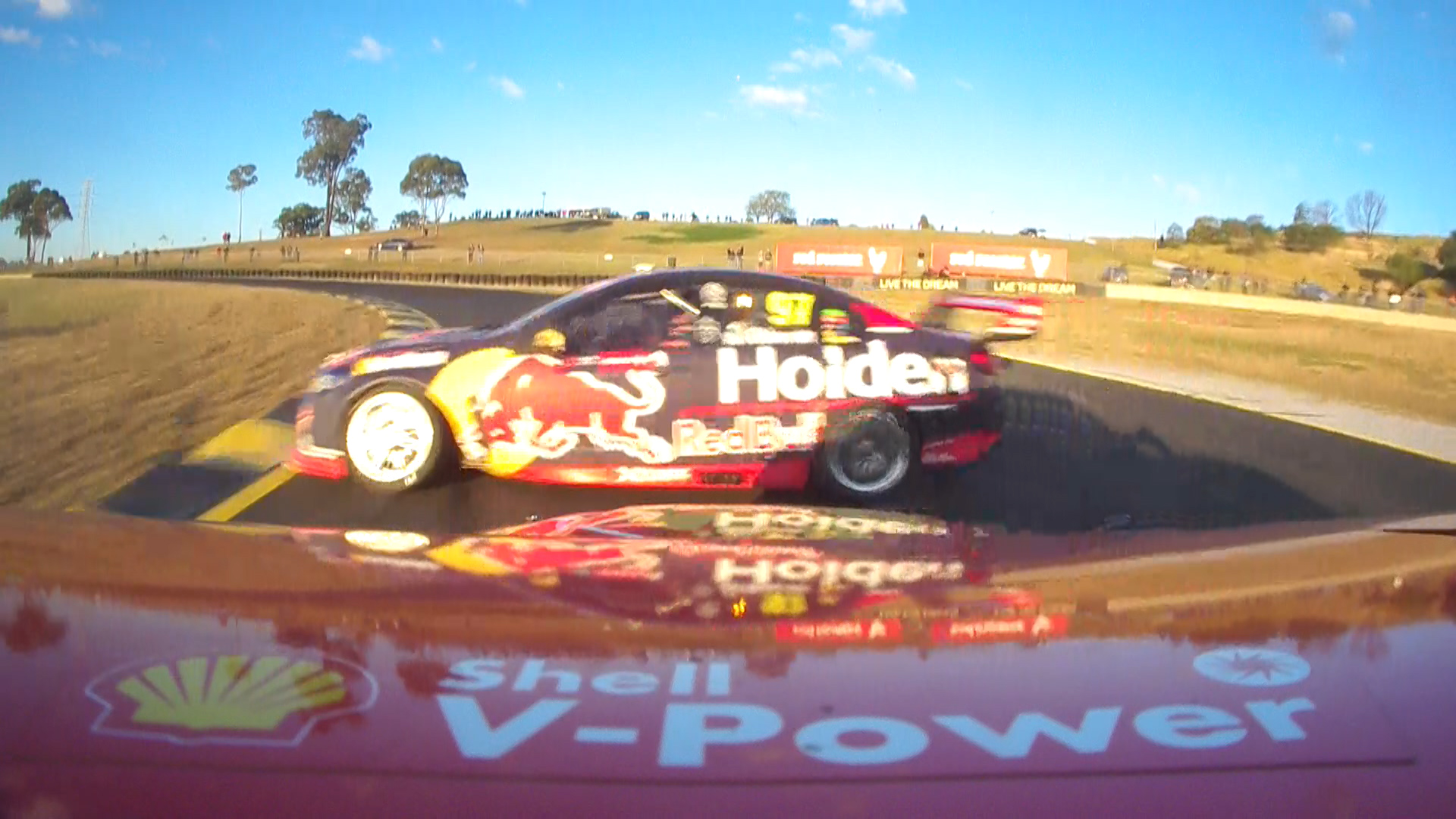 CAMS Stewards have released the following explanation for the penalties applied to Scott McLaughlin and Shane van Gisbergen after Race 17.

"During the Race the Stewards imposed a 15 Second Time Penalty on Car #17, Scott McLaughlin, for a breach of Schedule B2 Article 2.1 (Careless Driving) following contact between Car #17 and Car #97, Shane van Gisbergen, at Turn 2 on Lap 18 resulting in Car #97 spinning and leaving the circuit and losing multiple positions.

Following the Race the DRD conducted a further investigation into this Incident, reviewing evidence that was not available to the Stewards during the Race, specifically data from Car #17 which revealed that at the point of the contact with Car #97 which caused Car #97 to spin, the Driver of Car #17 had 25% throttle application which was not consistent with the degree of throttle application at the same point in Turn 2 used by Car #17 in other Laps.

The Stewards were of the view that a Reckless Driving breach warranted a Pit Lane Penalty but having regard to the fact that a 15 second Time Penalty had already been imposed during the Race arising out of the same Incident, the Penalty ought to be reduced accordingly and therefore imposed a further 18 second Time Penalty on Car #17 to be added to Car #17’s Race time (a Pit Lane Penalty equating to 33 seconds at this circuit).

Following the Race the DRD concluded an investigation into an allegation that Car #97, Shane van Gisbergen, breached Rule D11.2.13 (Safety Car Procedures), in that Car #97, which was behind Car #17 in the procession during a Safety Car Deployment until the Safety Car withdrew, overlapped Car #17 prior to the green flag being displayed.

A review of Judicial Camera footage and TV Broadcast footage revealed that the green flag was not displayed at the time of the overlap. After an admission to the breach, the Stewards imposed a Post-Race Pit Lane Time Penalty on Car #97 of Thirty Three (33) seconds to be added to Car #97’s race time in Race 17."

"Following the Race the ST&D reported to the DRD that a post-Race inspection of Car #34’s undertray revealed that the manner in which an approved extension to it had been fitted meant that it did not comply with the measurement listed in section 3.7 of the Vehicle Specification Document (VSD) for the Holden Commodore VF.

The Competitor, Garry Rogers Motorsport, was charged with a breach of Rule C1 (Car not conforming with the applicable VSD).

The charge was admitted and the Stewards conducted a Hearing to determine a Penalty. Following that hearing the Stewards imposed a Penalty of Exclusion of Car #34 from Race 17.

In imposing that Penalty the Stewards accepted that the contravention was unintended and was a consequence of a misunderstanding by the Competitor’s engineers as to the manner in which the permitted extension was to be fitted and measured."

Whincup: I probably should have been black flagged

19/08/2017
Stay In The Know
Sign up to the Virgin Australia Supercars Championship Newsletter
This website uses cookies to improve your user experience. By continuing, you will be providing your consent to our use of cookies.Ok