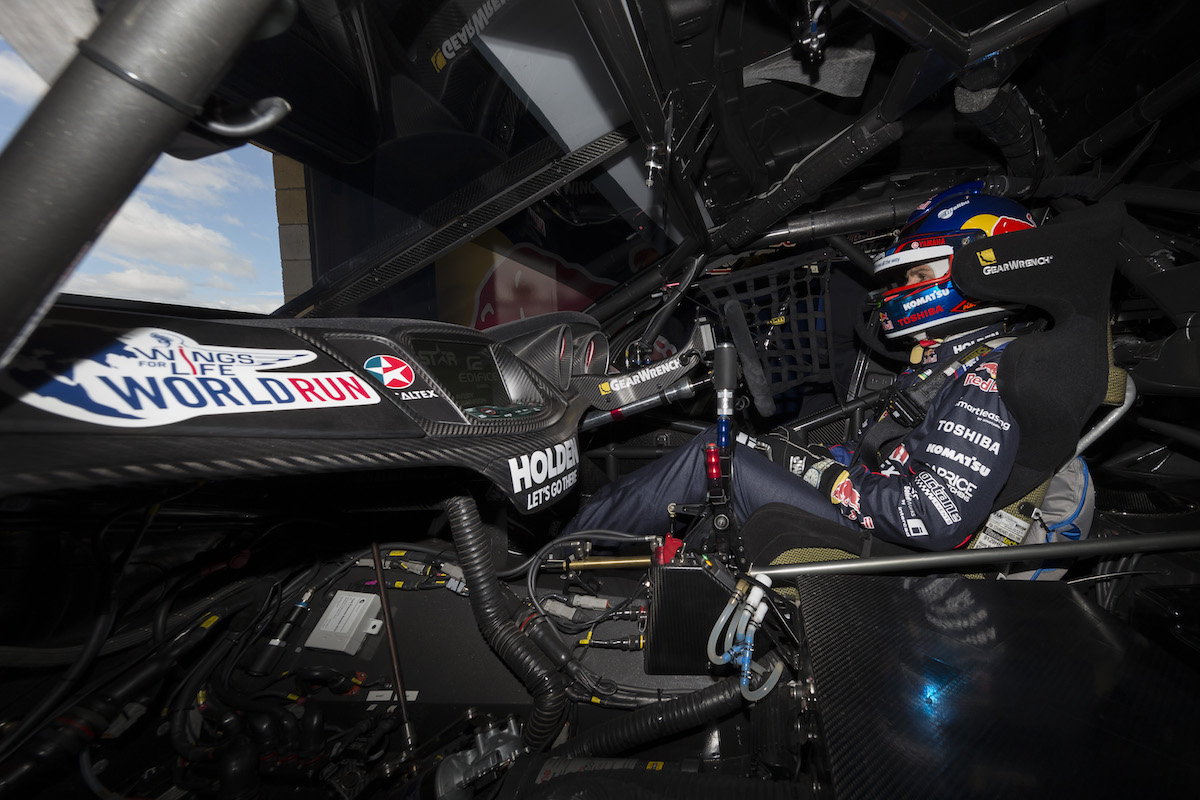 Jamie Whincup says a cool suit failure early in today’s race in Darwin could be a “race stopper”.

Temperatures soared to 33 degrees Celsius yesterday during practice, making it mandatory for teams to run in-car cooling systems for drivers, which include cool suits and helmet fans. Today is forecast to reach the same temperature.

As long as there are no issues with the cooling systems – which each team designs individually – the drivers will maintain regular temperatures in the car.

“Everything will be fine unless we have a cool suit failure or helmet failure – that’s the big thing, it becomes very difficult to get through when you have that because it turns into a hot water bottle rather than a cool suit,” Kelly explained.

He went on to say that if a driver pulled into the lane with a cool suit failure they were “giving up”.

But six-time champ Whincup emphasised it wouldn’t be about giving up – that racing in those conditions would not be physically possible.

“No one will give up, but I believe if you do have a cool suit failure it will be a race stopper,” Whincup said.

“No one will give up, everyone will keep going, but I reckon – 20 laps in that heat without a cool suit, I don’t think it’s possible.”

When cooling systems are working as designed, Kelly explained the hottest part of the car was actually the footwell. Burns to the feet are not uncommon for Supercars drivers – GRM co-driver David Wall burnt his big toe at the Clipsal 500 Adelaide last year and was forced to sit out of the following grand prix event after a skin graft.

“The exhaust runs straight past the firewall underneath the drivers’ feet and then exits on the left hand side of the car, so that’s why the footwell is definitely the worst place,” the Nissan Sengled driver said.

“Generally the temperature inside the cockpit gets between 55 and 60 degrees. Inside the helmet it’s a very different story with the air that’s coming in.

“The cool suits maintain between three and five degrees with water around your body which generally helps, so it’s just that foot area that becomes an issue and that can get to the point it starts melting your boot.”

Kelly joked that others should head up to Mildura, where he and brother Todd Kelly are from to acclimatise, given it hits 45 degrees in summer there.

“I struggle in the heat a bit being from New Zealand, I wish it was five degrees – but it’s been alright, tough in the car but once you get going it’s fine,” he said after yesterday’s session.

“It was compulsory to run the cool suit today because of the temperature, so you’re trying to cool down … you’re doing everything you can. We’ve got the helmet fans cranking in practice, whereas normally you don’t run them on a Friday.”

The extreme heat policy was applied at this year’s Clipsal 500 Adelaide, where drivers and fans experienced hot days before the incredible downpour on Sunday right before race start.