After winning the event last year, Lowndes and co-driver Steven Richards were today presented the traditional winner’s plaque, which will be cemented into Bathurst’s equivalent of the Hollywood Walk of Fame.

Lowndes is out to write another chapter in his illustrious career at this weekend’s Supercheap Auto Bathurst 1000, celebrating his good friend Peter Brock 10 years after his death in 2006.

The fan favourite spent time with the people in town as Bathurst officially kicked off with the annual transporter parade and signing session.

“It’s amazing, there’s no doubt there’s a buzz around town and the atmosphere is building,” Lowndes said.

“We’re early in the week but as we get closer to Sunday there’s no doubt the atmosphere will build.

“We’re really looking forward to it, I think Steve and I are in good shape and hopefully we can stand on that top step again.”

This weekend’s race will celebrate the career of nine-time Bathurst winner Peter Brock, 10 years after his death in 2006. Brock’s brother Phil will present the Peter Brock Trophy to the winners of this Sunday’s race.

Brock today posed with the trophy with Lowndes, who will be aiming to edge closer to the Bathurst record of his idol. 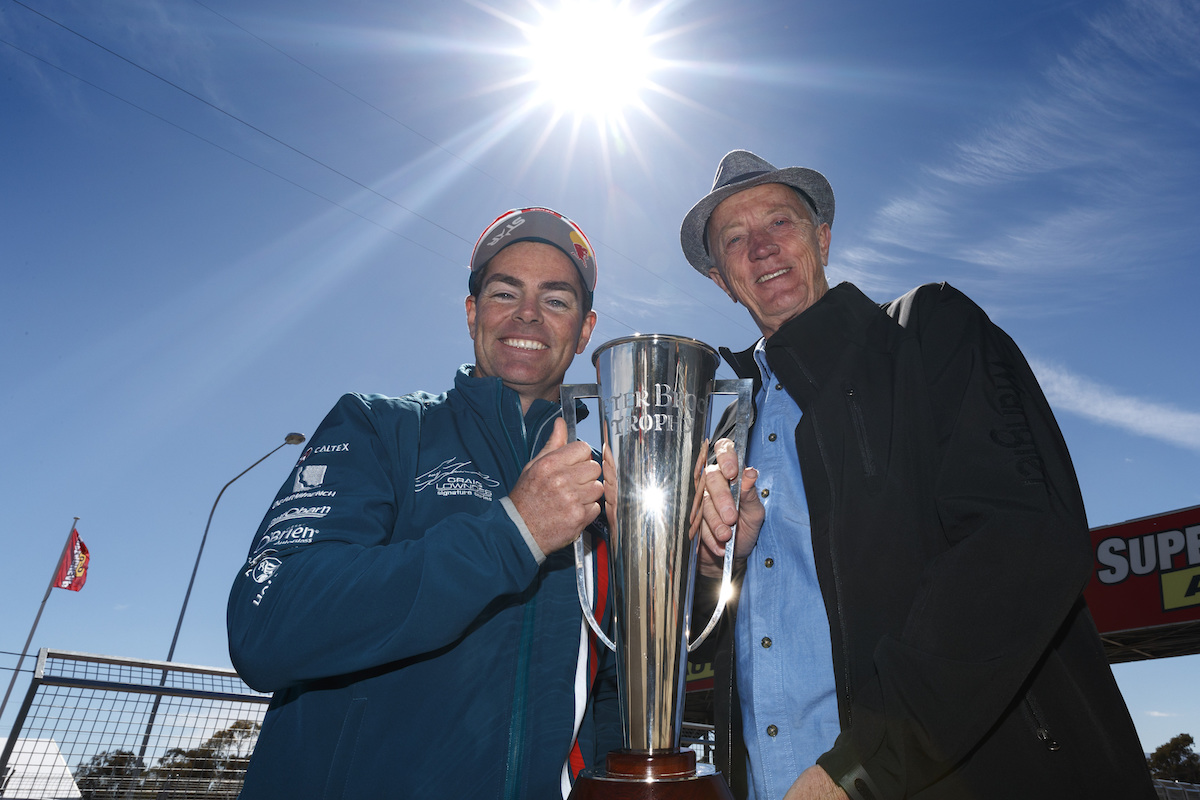 “We had a disappointing Sandown, so really keen to turn things around,” Lowndes said.

“Steve and I are pretty relaxed at the moment but as we get to Sunday it’s going to ramp up and hype up and we’ll just do what we’ll do. We’ll try and stay out of trouble, see what the car’s like and hopefully bring it home.”

This year’s race will also see the return of the Harvey Norman Supergirls, Simona De Silvestro and Renee Gracie, who will be driving for Nissan Motorsport.

The race is a pre-cursor to running in the Virgin Australia Supercars Championship full-time next year for De Silvestro, which Lowndes thinks is a positive step for the sport.

“It’s no secret the category was looking for a full-time female driver and there’s no reason why she can’t do a great job. She was impressive last year, coming to a place like Bathurst and tackling the Mountain for the first time and from what I saw she didn’t put a foot wrong. She’ll be much quicker this weekend but of course this year she’ll finish off what she’s doing and focus on next year.

“It’ll be great to have her in the season, there will be a few tracks that might surprise her but she’ll come to grips with it well.”