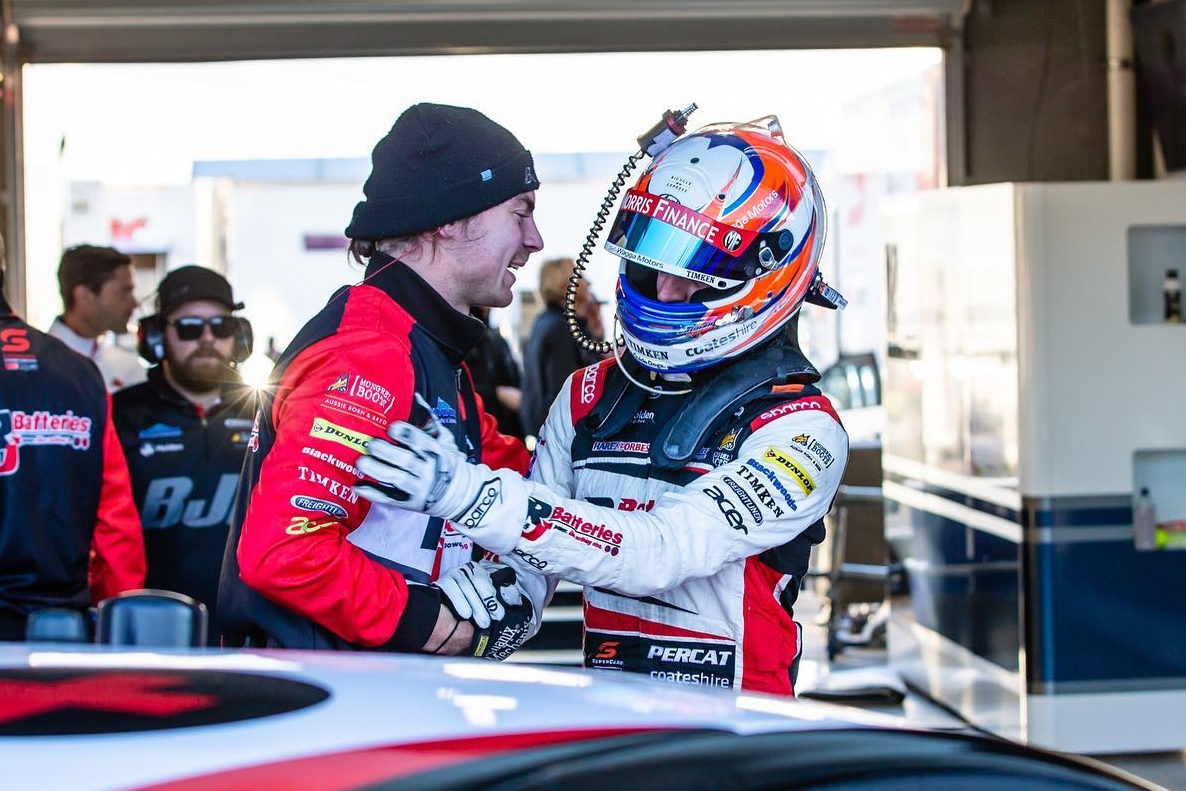 Percat was a key performer on Saturday, recovering from a shocking qualifying performance to challenge for the podium.

The #8 R&J Batteries Commodore was on a tear in Saturday’s wet-dry classic, with BJR leaving the 2011 Bathurst winner to go long.

Percat’s strong race pace, coupled with a good stop, saw the four-time race winner dropping into the battle for the final podium spot.

On Sunday, he managed to set a lap good enough for seventh in Race 10 qualifying, but was turned around by Brodie Kostecki and finished 17th.

It was another recovery job in the finale, Percat rising from 10th on the grid to sixth by the flag.

“The R&J Batteries car was an absolute jet in the dry all weekend,” he said.

“From last to fifth, and then today, we got turned around and it kind of hid our pace a little bit. 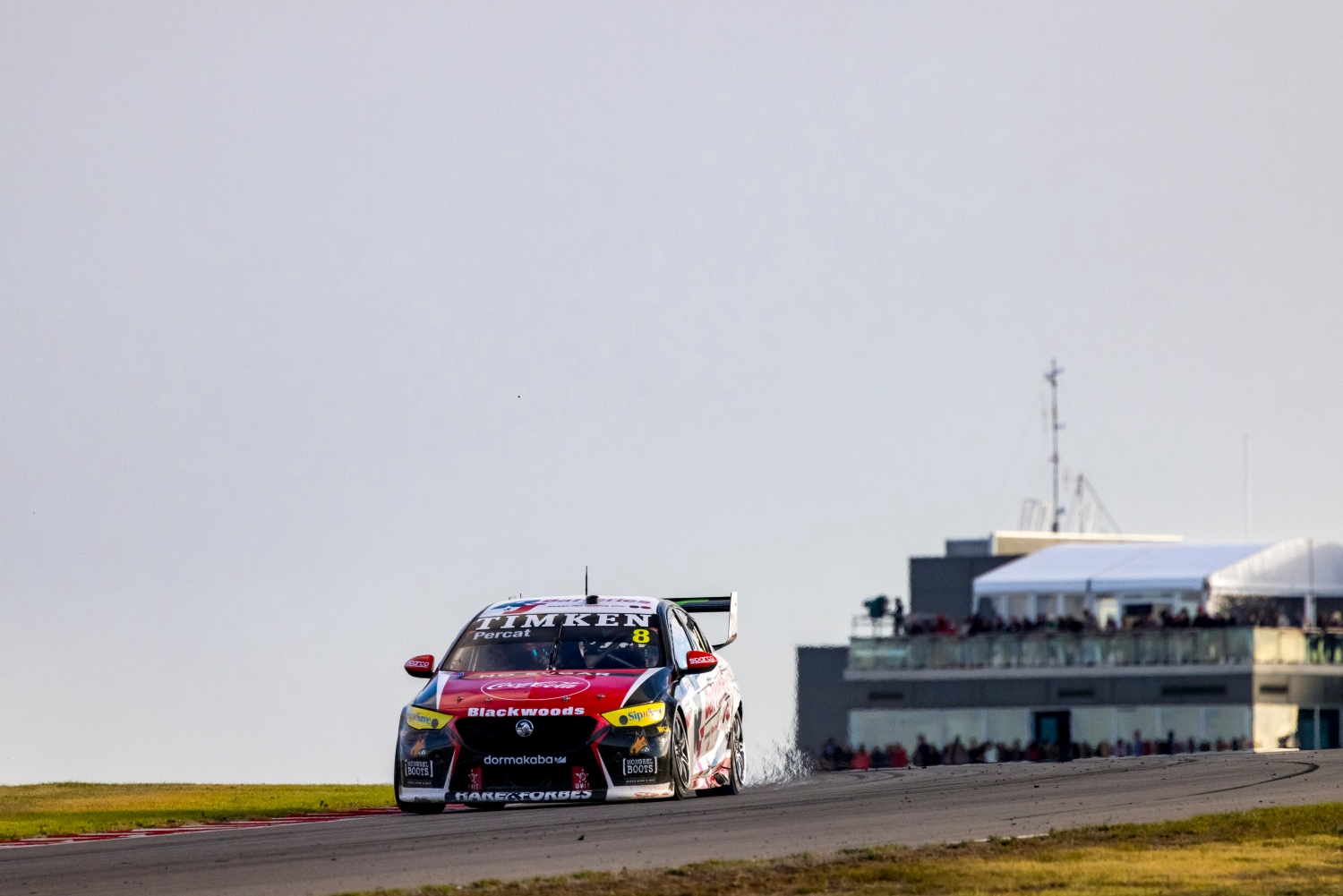 “The long-run speed in this car was unbelievable.

“That race, if we started a bit further up and didn’t run out of fuel, we probably could have been in contention for the podium.

“Quite comfortably in the race with Jamie [Whincup].”

Percat was one of three cars in the field to start on slicks, along BJR teammates Macauley Jones and Todd Hazelwood.

The 2016 Adelaide 500 winner was on a mission, marching through the field in treacherous, greasy conditions.

As those ahead stopped early for dry tyres, Percat continued to clock fast laps.

By the time of his compulsory stop, he was still setting purple sectors, and emerged in the fight for third position with Anton de Pasquale and Cameron Waters.

His Race 11 result on Sunday could have been even better; the 32-year-old only just made the finish line to take sixth despite running out of fuel at the final corner. 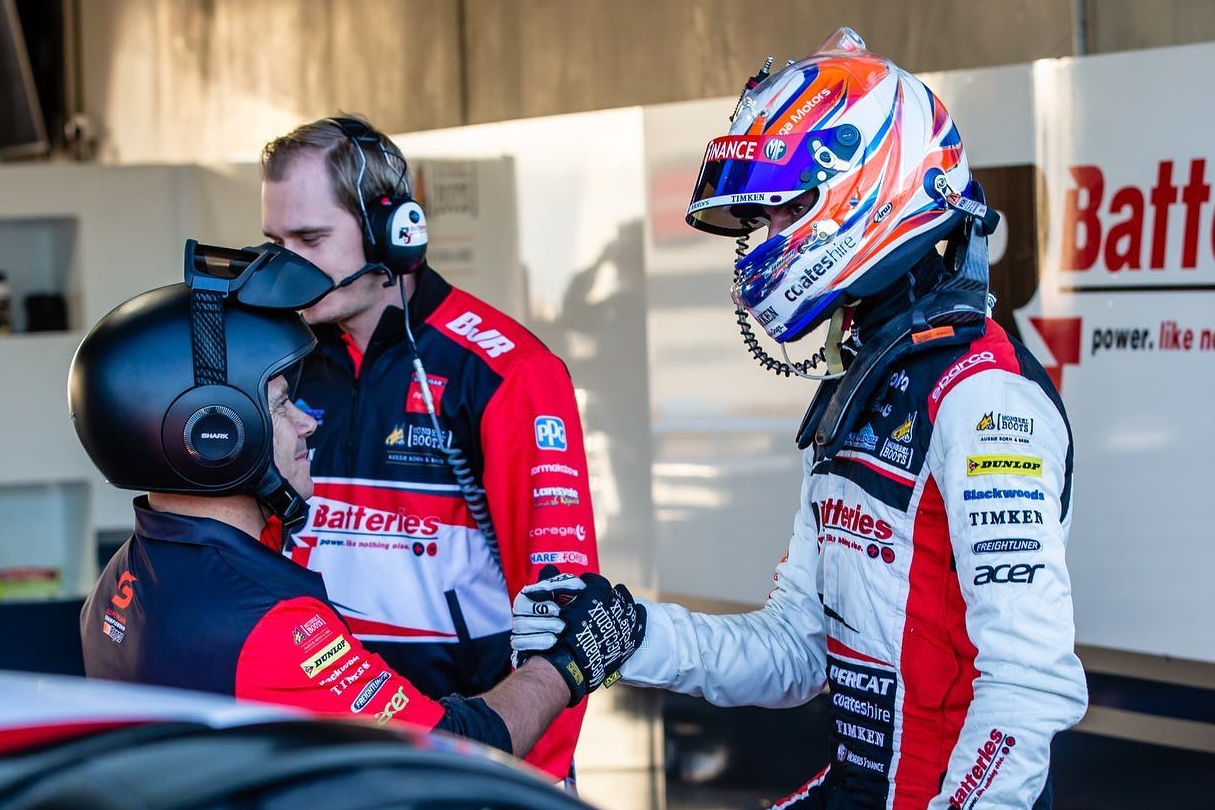 He required a push from Hazelwood to return to the lane.

It was later revealed that a fuel flow issue had caused the drama, which couldn’t prevent Percat retaining his top 10 spot in the standings.

Percat has now scored seven top 10 finishes in 11 starts, and it ninth overall.

“The last eight or nine laps, it was max fuel save to get there,” he said.

“It probably took a second of lap time out of the car, I couldn’t honestly fault it.

“It was really good.”