Richie Stanaway says his Sydney Dunlop Super2 Series outing is the perfect opportunity to benchmark himself as he turns his full focus towards carving out a career in the category.

The potential for Stanaway to move into Supercars full-time next year has gathered much attention following his stellar career in Europe.

He starred in mixed conditions on debut in the Pirtek Enduro Cup at Sandown last year but admits that stepping into his own car provides significantly different challenges.

Stanaway yesterday tested the Prodrive Ford that he will race in Sydney, completing a full day at Winton alongside the team’s existing drivers Garry Jacobson and Josh Kean.

While happy with his progress in the car, Stanaway is keeping his expectations for the weekend in check.

“I don’t really know how I’ll go, it’s a hard thing to predict. There’s a lot of fast guys in Super2 and I’m going to be the least experienced one,” Stanaway told Supercars.com.

“It’s one of those things that we’re just going to have to wait and see. I’m not going to get too ahead of myself.

“I’ve just got to focus on chipping away at it and learning the car more. I’ll try and do my best and see where I end up. I don’t have any crazy expectations.

“Either way it’ll be the best benchmark possible I think. That’s one of the biggest reasons behind doing it. It’s a good benchmarking exercise.” 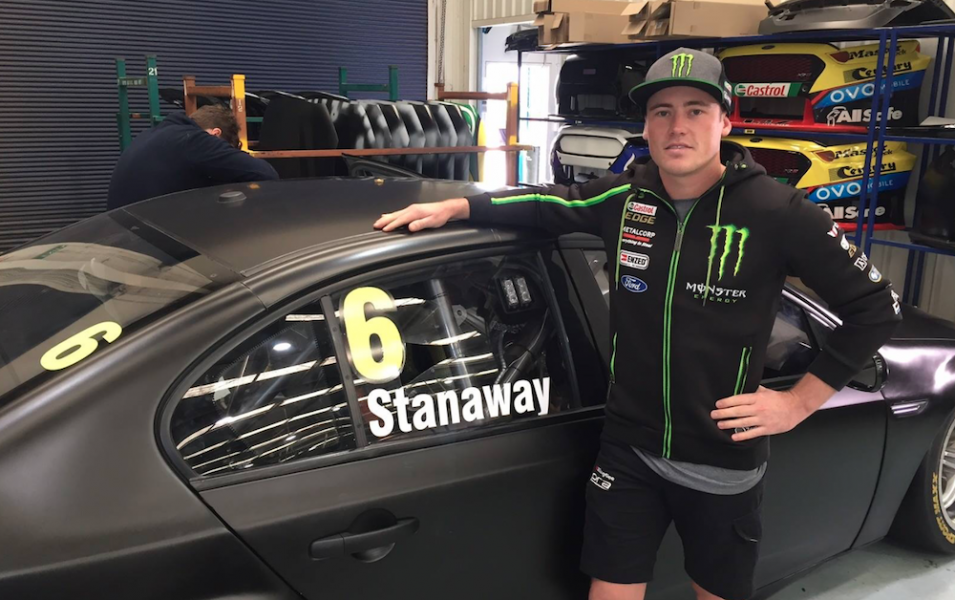 Stanaway added that simulating qualifying runs on new tyres and working through a raft of set-up changes were the key focusses of his test day.

“We did a couple of new tyre runs which I hadn’t done before. Getting that feeling was the key for me,” he said.

“You run a lot on used tyres and it’s so different when you throw a new set at it.

“The most important thing in sprint racing is qualifying up the front. On these test days you don’t have a real reference because you don’t have the whole field there.

“But we had a lot to test through as well and we ended up with a pretty different car to how we started the day.

“I feel like we’ve got a pretty good baseline that we’ll roll out with at Sydney Motorsport Park.”

As for next year, Stanaway says there’s still much to play out.

“At the moment I’m just focussing on this year. It’s hard to say at this stage, it’s too early to talk about next year,” he said.

“I’ll have to get through Sydney and then the enduros before we really start having those discussions.”

Stanaway will tackle the PIRTEK Enduro Cup alongside Cameron Waters, who finished fourth in the Supercheap Auto Bathurst 1000 last year while paired with Jack Le Brocq.