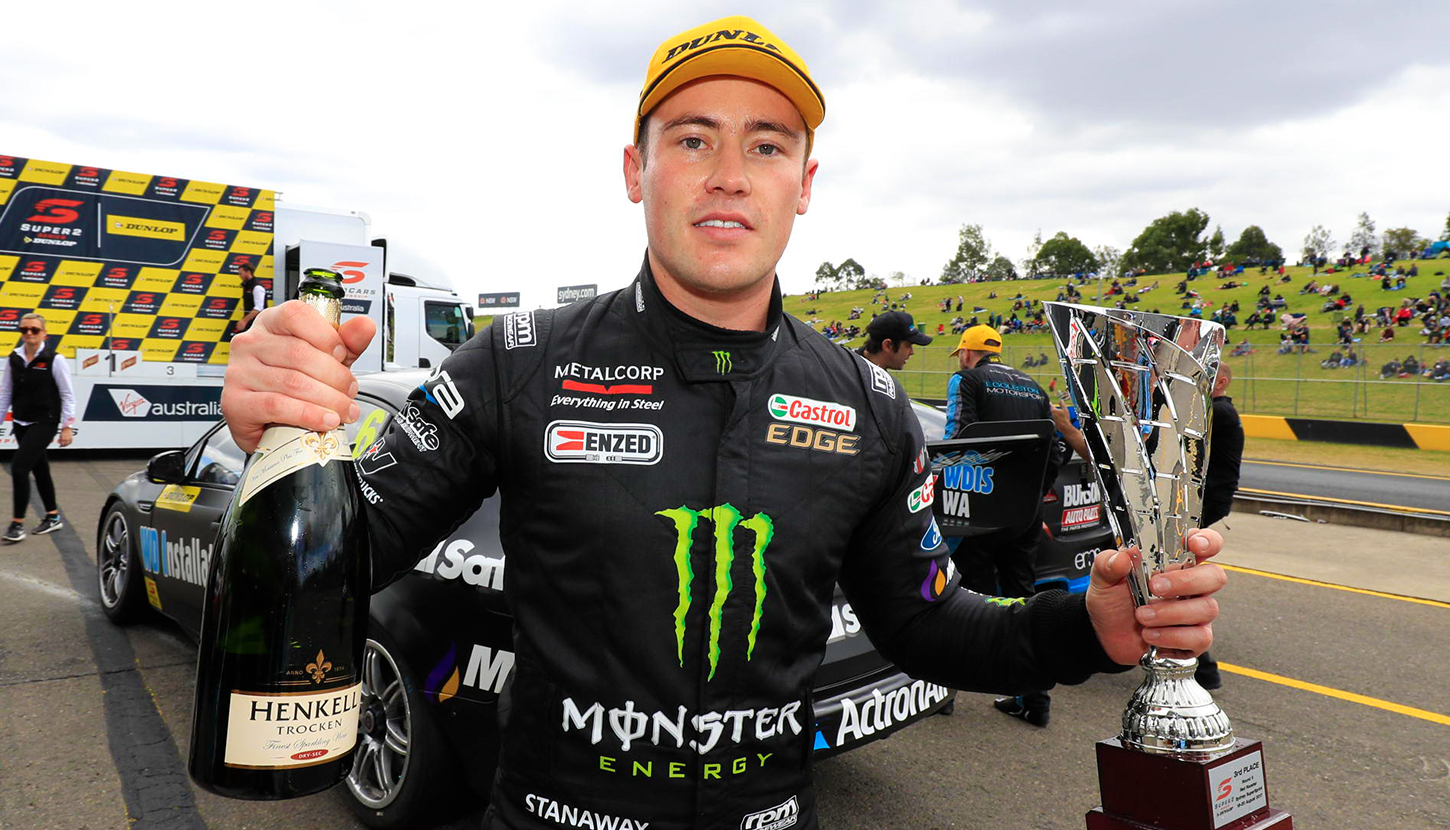 Richie Stanaway is hopeful of graduating to the Virgin Australia Supercars Championship full-time in 2018, regardless of whether a seat is available at Prodrive.

The 25-year-old New Zealander’s stocks rose at the weekend where he won a race on debut in the Dunlop Super2 Series on the way to third for the round.

Stanaway’s role in the 2018 silly season is uncertain, with the former GP2 race winner eager to land a full-time drive after an eight-year career in Europe.

Prodrive boss Tim Edwards reaffirmed to Supercars.com in the wake of the Sydney result that his team has a co-driving contract with Stanaway that covers 2017 and ’18.

While Stanaway has made clear that he’s shooting for a full-time drive next year, whether Prodrive can offer such an opportunity remains to be seen.

Stanaway has been repeatedly linked to the fourth Prodrive seat currently filled by Jason Bright, but the veteran’s desire to race on – and his ownership of the #56 Racing Entitlements Contract – means such a move is far from a certainty.

Prodrive is yet to confirm deals with either Chaz Mostert or Cameron Waters for 2018 as it works to lock down its sponsor line-up, but has long-term investment in both drivers and is understood to be working hard to retain them.

When asked if Stanaway’s contract includes a provision to be released if he received a full-time offer elsewhere, Edwards remained tight-lipped. 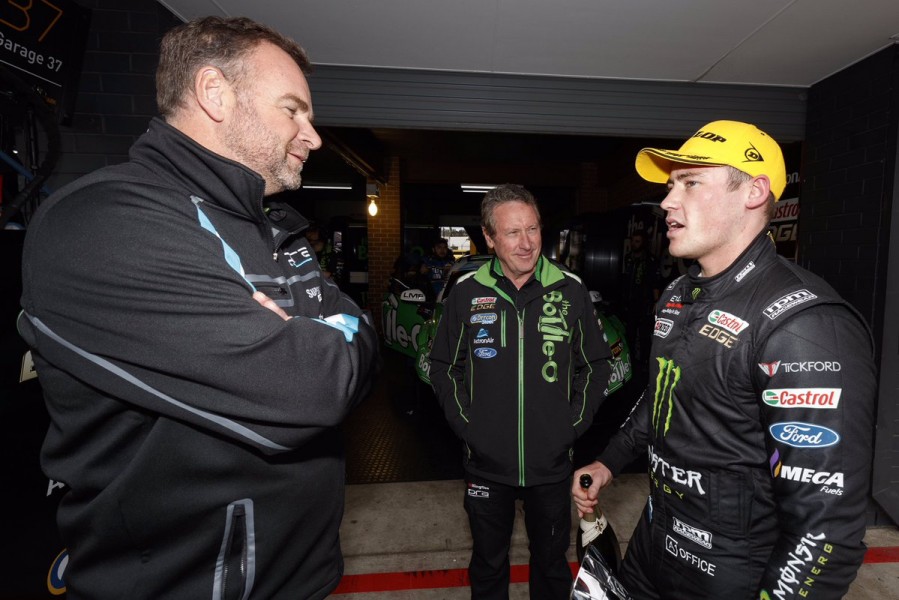 “The details of his contract are commercial-in-confidence. All I can confirm is that he has an agreement to drive with us in the enduros next year,” he said.

“He’s made no secret of the fact he wants to be racing in this championship, but whether that’s next year full-time or the following year, I’m not sure when that opportunity will arise.

“It’s not just a case of a driver wanting to do it. There’s a whole host of other things, including needing a seat to be available and the commercial side to stack up.”

Prodrive loaning Stanaway to another squad under the proviso that he would be available to return to the team at a later date – as it did with Chaz Mostert and Dick Johnson Racing in 2013 –  appears a possibility if a seat in its own operation is not available.

“I’m open to options,” Stanaway told Supercars.com in Sydney when asked if he’s looking beyond Prodrive for a full-time chance.

“It’s just a matter of trying to get a seat somewhere. Hopefully if not here (Prodrive), there’s one somewhere else.

“I haven’t thought too much about that, we’ll have to get through the enduros and see where we’re at.” 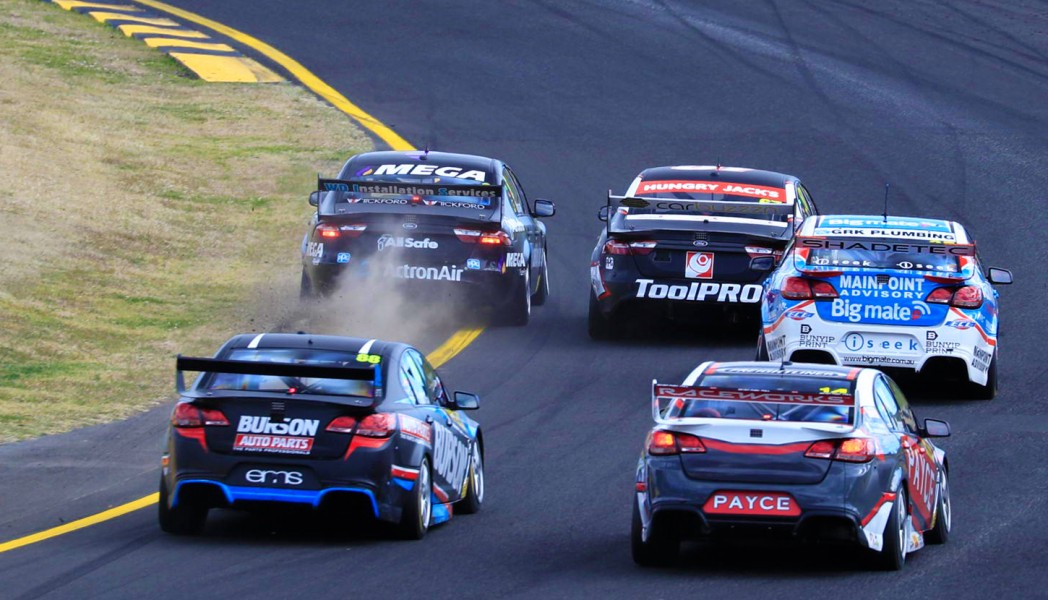 Stanaway's dive for the lead in Race 4

There remains much to play out in the 2018 silly season with the majority of the teams yet to confirm their full line-ups.

“I won’t elaborate too much, but there’s been some interest,” Stanaway smiled when pressed further on his position in the market.

“I’m not underestimating how tough it is to get a deal over the line though. If I don’t get a main game drive then maybe I’ll look at co-driving and Super2.

“But I’m focussed on getting a main series gig first and if that doesn’t work out I’ll look at other options.”

The Sydney event meanwhile allowed Stanaway to further his Supercars experience ahead of the PIRTEK Enduro Cup, where he’ll team with Waters.

His weekend was highlighted by an audacious 'pass in the grass' at turn 1 on the opening lap of the final race, which he went on to win after a scrap with round victor Anton De Pasquale.

“It’s pretty cut-throat racing in Europe and that’s kind of what I’m used to,” said Stanaway of the battle.

“It’s really tough, aggressive racing. I guess it (the Race 4 pass) is a result of the environment I’ve been in for many years."