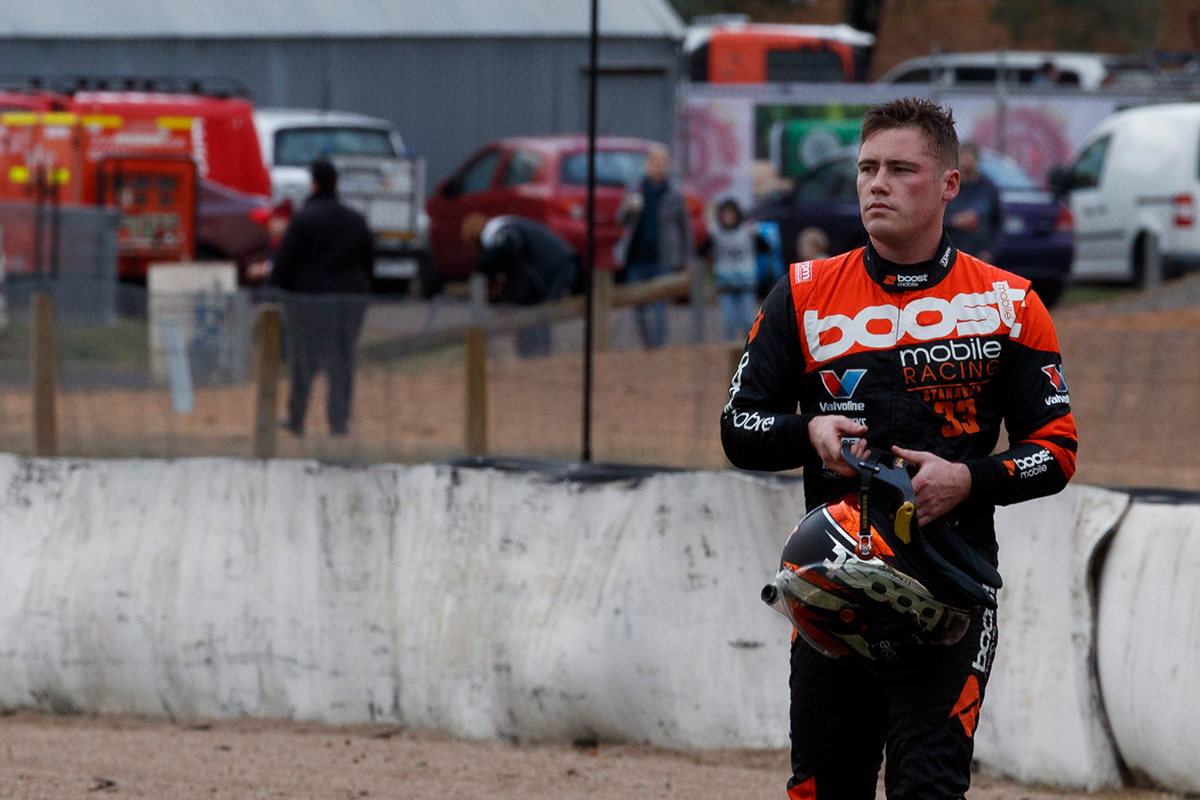 Boost Mobile Racing expects Richie Stanaway will return to the track when the Supercars Championship resumes at Hidden Valley, following the results of an MRI scan on Tuesday.

It was a repeat of an issue that cut short a test day the previous week, and believed to stem from Stanaway’s back-breaking Formula Renault 3.5 crash at Spa, Belgium, in 2012.

Boost Mobile Racing boss Barry Rogers says the results of the MRI are encouraging, but a follow-up with a neurosurgeon on Thursday is required for a full understanding.

“The MRI shows he’s got a bulging disc between vertebras 6 and 7. It’s bulging out the right-hand side of his neck, hence all his pain is on the right side,” Rogers told Supercars.com.

“[Supercars medical delegate] Dr Carl [Le] has referred him to a neurosurgeon who he’s seeing tomorrow at St Vincent’s Hospital in Melbourne.

“At this point Dr Carl believes it will not require surgery, that there will be other alternatives, which the neurosurgeon will make the final call on.

“When you have things around your neck and your back you can worry, particularly with Richie’s history having had the accident some years ago.

“But the good news is he doesn’t have anything that’s going to long-term affect his well-being. It’s just a disc that’s pushing into a nerve, causing some discomfort.”

The BetEasy Darwin Triple Crown will take place from June 14-16, which Stanaway is now expected to be fit for.

“We should have more certainty on that tomorrow, but Dr Carl’s expectation is there shouldn’t be a problem for Darwin,” Rogers added.

Co-driver Chris Pither substituted for Stanaway on Sunday at Winton, finishing a 14th in his first Supercars race since wrapping up the 2018 Dunlop Super2 Series last November.

Pither said on Sunday night at Winton he'll be on standby for Hidden Valley, should he again be required.

"I think the call will be Richie's at the end of the day, depending on how he feels," he said.

"I’ll obviously make myself available if he feels it’s going to be an issue for him."