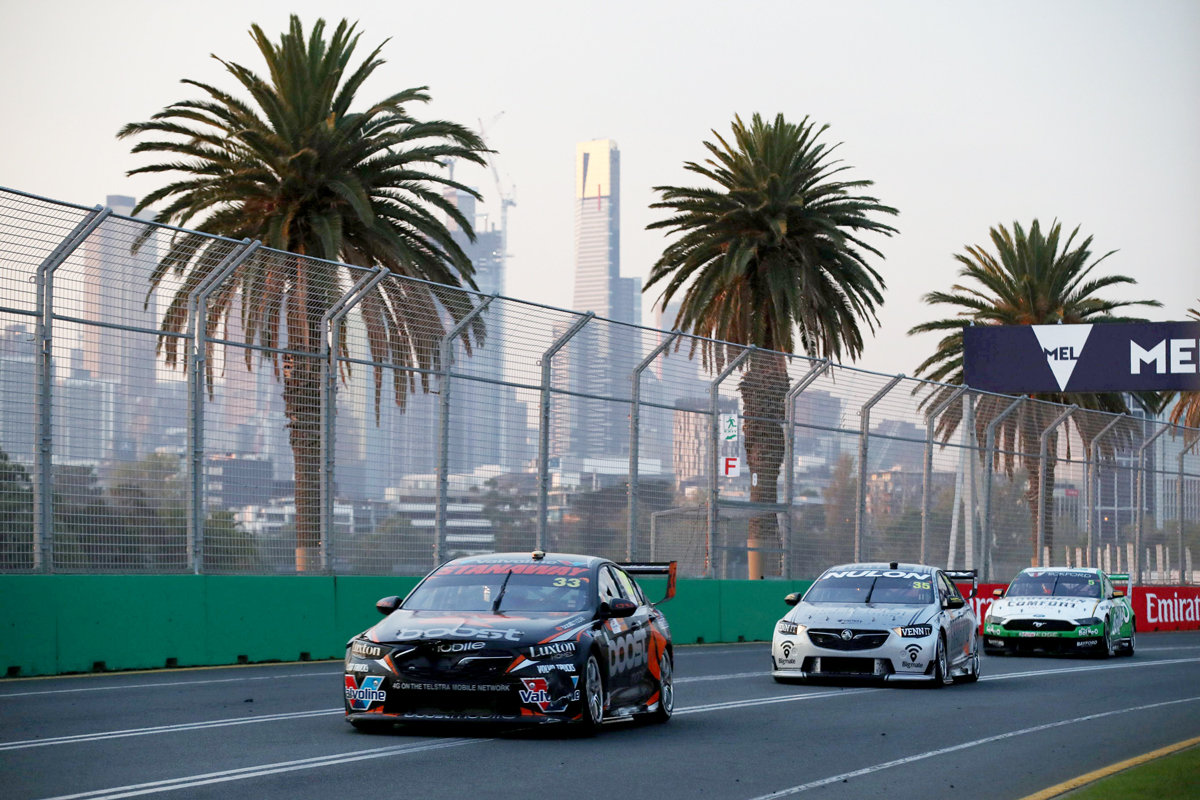 Richie Stanaway has been disqualified from the results of Saturday evening’s third race at the Beaurepaires Melbourne 400, and fined $10,000.

Stanaway was involved in a series of incidents with Lee Holdsworth in the two Saturday races, earning a five-second penalty for careless driving in the earlier race.

The battle between the two escalated in the evening encounter, starting with contact on the first lap that Stanaway said bent his steering and “ruined his race”.

It was contact through Turn 4 and 5 on lap three, however, that incensed Holdsworth, who launched an expletive-laden tirade at the Kiwi in the paddock post-race.

Holdsworth also vented his anger on the television broadcast, declaring Stanaway “an absolute imbecile” who “is going to friggin’ hurt someone”.

Following a post-race investigation, Stanaway was found guilty of dangerous driving, with his actions deemed intentional and improper.

His punishment will also include being forced to start today’s finale from pitlane, rather than his 17th place grid slot.