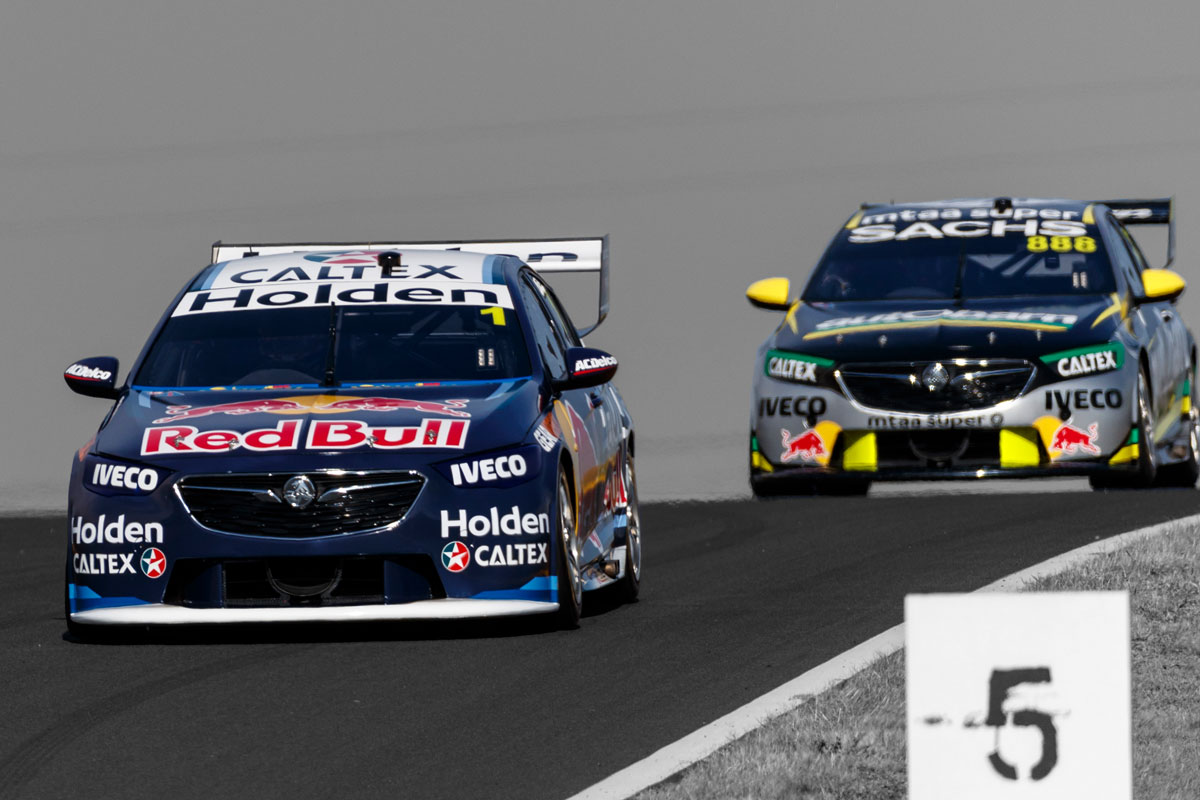 ‘Blessed’ isn’t really a term you would imagine Roland Dane using to describe any aspect of his motorsport endeavours.

But if any other team entered a Supercars season with Jamie Whincup, Shane van Gisbergen and Craig Lowndes as its driver line-up, you wouldn’t be totally surprised to hear it get a run.

Between them, the three drivers have won 11 championships; an even 50 percent of all titles won since Lowndes claimed his first back in 1996.

A total of 237 Supercars race wins includes 10 at Bathurst and is paired with 139 pole positions. It’s an imposing record however you slice it, with van Gisbergen and Whincup having won the last two titles.

In fairness to Lowndes, who we’ll come back to later, the question posed at the top really does centre on the Red Bull Holden Racing Team pair.

Van Gisbergen pushed Triple Eight with its own gear during his stint with Tekno, including finishing runner-up to Whincup in 2014, so it’s no surprise he’s performed well since arriving two years ago.

He has more than doubled his Supercars victory tally, 13 across the two seasons taking him to 24, and won the title in his first season with Dane’s squad.

At times in 2017 van Gisbergen looked peerless, including in Adelaide. But too many mistakes and tyre failures meant he didn't shape championship conversations.

He had to settle for fourth, but clearly knows the name of the game this year, as Triple Eight introduces the new ZB Commodore it has developed and keeps working on its V6 twin-turbo with Holden. 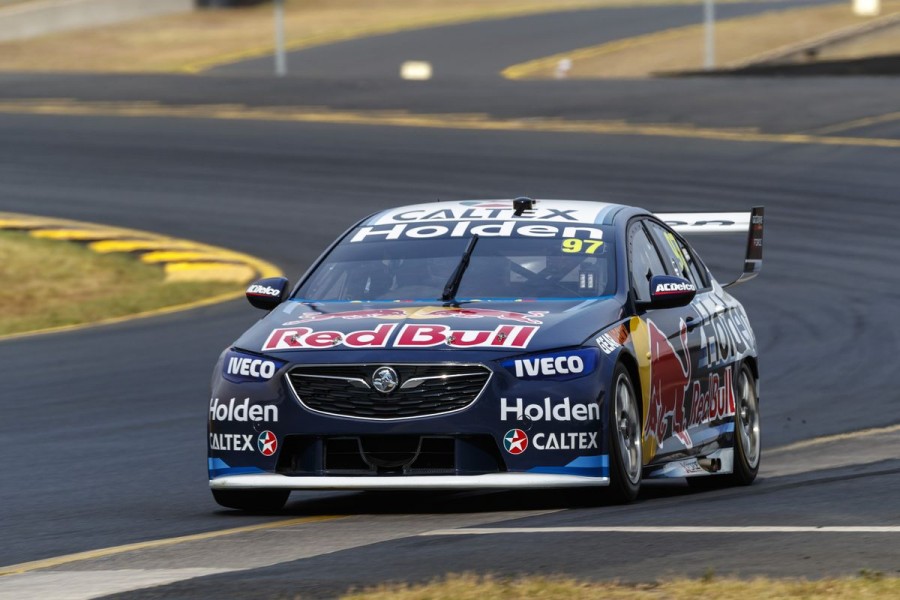 “I’m loving being part of the team and also the way the future’s going,” van Gisbergen told Supercars.com.

“It’s cool to be a part of; racing-wise we just need to make less mistakes this year in engineering and in driving and put a complete year together.”

Van Gisbergen was, after all, getting a team-mate again for the first time since his maiden Tekno campaign in 2013. And it wasn’t just any team-mate.

It was a bloke who, at the time, had won six championships and redefined what success in Supercars looked like.

But as we enter their third year together, their only real run-in came at Pukekohe in 2016, a clumsy moment both drivers wanted to apologise for.

That didn’t appear to have any impact on their working relationship, with van Gisbergen saying he was happy to help Whincup’s title bid late last year, when his own chances were minimal.

With a title apiece in the last two years, the partnership of Whincup and van Gisbergen in Red Bull Holdens has been a success, even if DJR Team Penske won last year’s teams’ title.

Whincup finished 2017 clutching his record-extending seventh championship, but he had definitely dipped deep into his own reserve tank to make that happen.

You could mount an easy argument that it's his best title.

The Shell Ford was the better package, especially in McLaughlin’s hands, and Whincup didn’t win until Race 14 of the 26.

Another victory followed at Sydney Motorsport Park before the enduros, but that his other two came in the last three races of the season - when the title was there to be won - is telling.

Of course, it looked like he’d thrown it all away in the odd race out there, the Saturday in Newcastle when he tagged Michael Caruso’s Nissan and then the wall on the first lap. 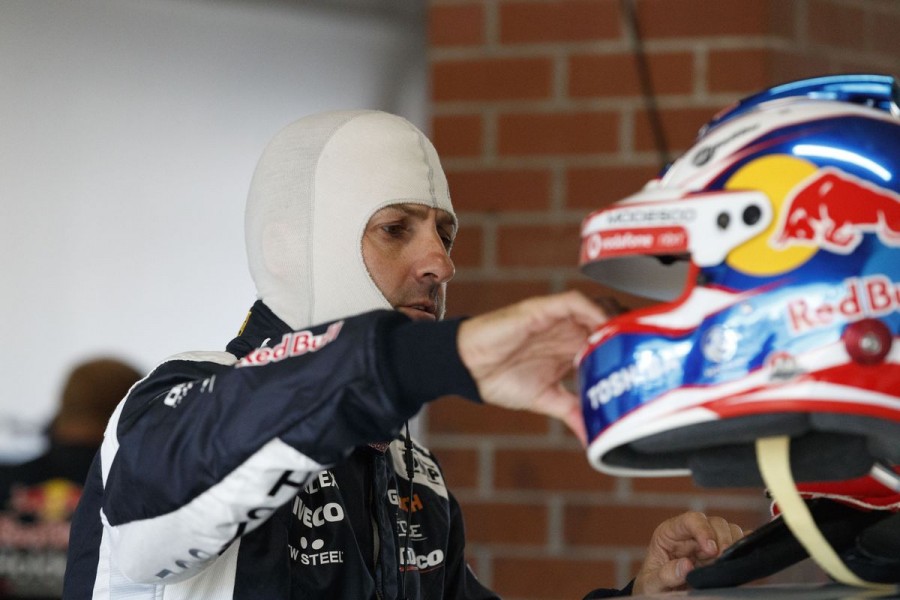 When he re-entered public life in January, Whincup admitted “there’s a massive amount of areas we could’ve done better” in 2017.

“I’ve disappeared from motorsport for a full month,” he said at Red Bull HRT’s 2018 launch.

“Haven’t read anything, haven’t seen anything, I don’t know anything. I just pretty much tried to recharge and refresh the brain.

“At the end of the day it’s actually a battle not to go insane, to be honest, and not just be run into the ground.”

Now 35, Whincup admits he’s nearing the end of having to run that gauntlet, but is displaying impressive longevity for a bloke who threatened to have stepped back by the time he hit 30.

He’ll spend at least the next two years alongside van Gisbergen in a factory Holden, and that’s a battle we can all relish while it lasts. Beyond that, who really knows?

Whincup, as it stands, considers himself “no chance” of still going at 43, Lowndes’ current age.

In the third entry that this year takes on Autobarn Lowndes Racing branding, Lowndes went winless in 2017 for the first time since joining Triple Eight in 2005. 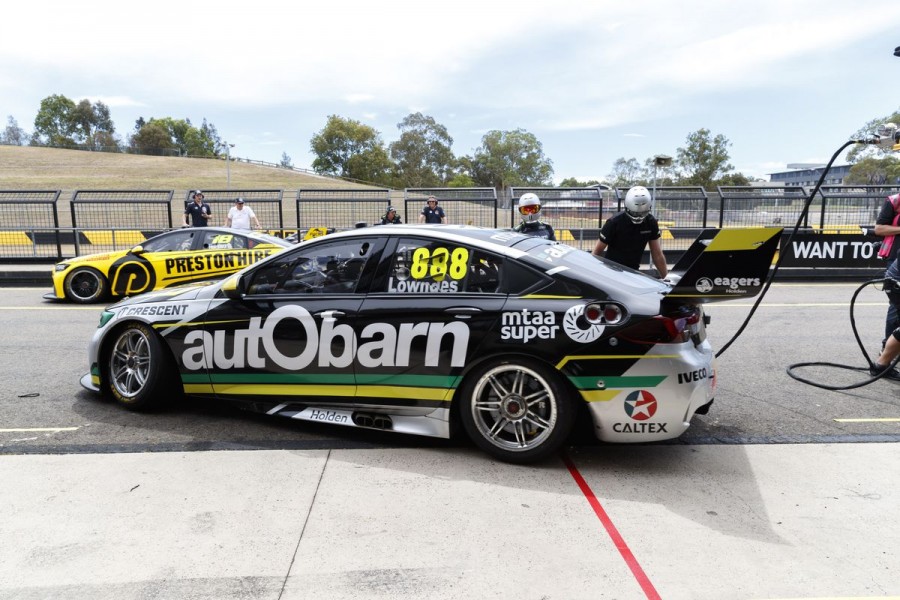 Qualifying form was where he struggled the most, still putting together plenty of stirring race drives from down the order, but Lowndes was a step off the Red Bull Commodores more often than not.

“Maybe we’d become a little bit complacent with where we’d been in previous times - and when we looked back at what we had - so we went back in that direction,” Lowndes said of a set-up he tried in Newcastle.

“We’ve still got to clean up qualifying, but for what I wanted out of the car, the direction gave us that.

“It’s definitely given us some things that we’ve got to make sure we don’t shut out in the future.”

That 2017 was the first full year of Lowndes and John McGregor working together could have been a factor.

And the relationship between Lowndes and Jeromy Moore was also a little slow to click, when that started in 2008.

This year, that ‘we’re learning and building a rapport’ caveat goes in the #888 garage.

All three drivers start fresh, with the new ZB, the first hatchback we've seen in Supercars. The team did have a quiet start in the Sydney Motorsport Park test but remains confident in what it has developed.

Whincup and van Gisbergen are likely to lead the title-challenging line, but a return to regular podiums and even the top step would be a welcome outcome for Lowndes.