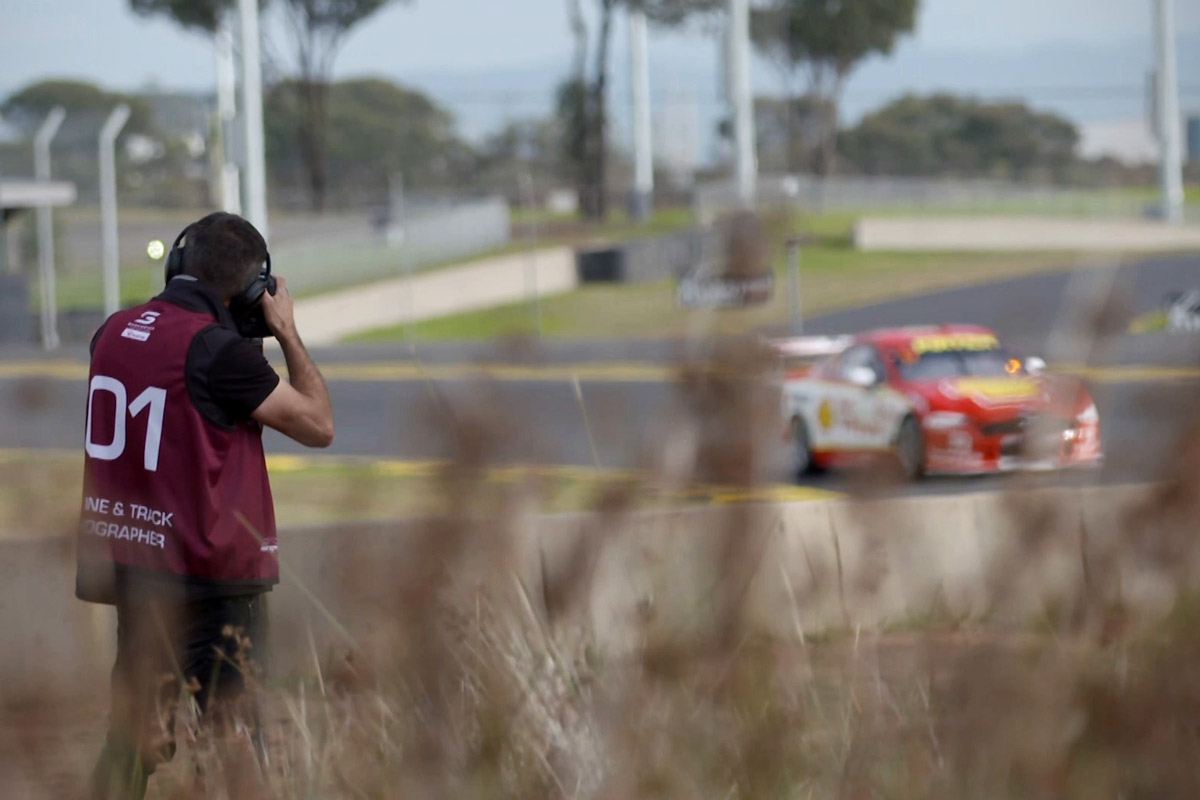 Supercars’ official photographer Mark Horsburgh has a chuckle when looking back at his beginnings in the sport.

A keen motorsport fan with a love for photography, his early days of snapping race cars weren’t via the most conventional method.

“Going to the old Touring Cars back in the Brock and Johnson days, at Surfers Paradise and places like that, I used to go there with a mate and we would sneak in,” Horsburgh reveals to Supercars.com.

“One would hide in the boot and one would drive through and then we would literally just jump the fence with our cameras and pretend to be the part and we always got away with it.

“Eventually I thought well maybe I should try to go through the correct channels and get accreditation.”

As a teen, Horsburgh worked in a photographic shop, shooting weddings and studio portraits.

Soon enough, his two passions would meld together to create the perfect mix.

Initially that more centred around motorbikes, working with the likes of Mick Doohan and Daryl Beattie before they each went onto bigger and better things on the world stage.

By the birth of the modern era of Supercars in 1997, Horsburgh was appointed the sport’s official photographer; a role he describes as “probably the best job in the world”.

He hasn’t missed an event since – one of two people in that exclusive club, the other being Dunlop Motorsport operations manager Kevin Fitzsimons.

That included the BP Ultimate Sydney SuperSprint in June, the first round back from the COVID-19 break, where he was the only photographer on-site. 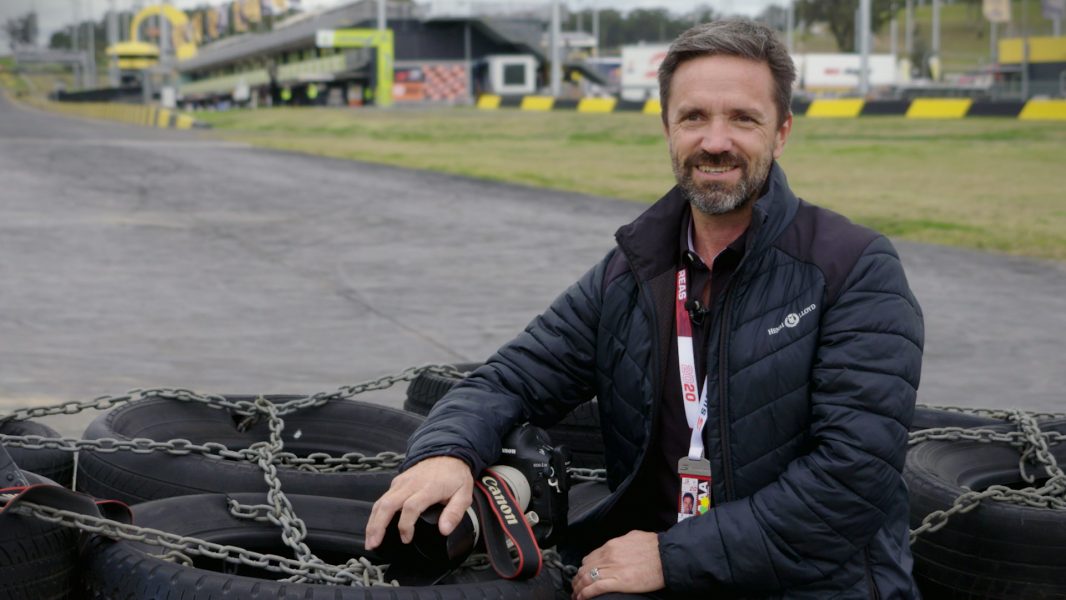 Throughout, the ever-modest Horsburgh has got to know the sport’s most famous characters and be in the heart of many of the biggest moments to have played out.

“Over the years I’ve been pretty lucky to get to know a lot of these drivers and share some moments with them,” he says.

“When a driver wins Bathurst, you get caught up in that whole emotion.

“It’s our biggest event… I get to jump up on the podium at Bathurst and you sort of get caught up in that whole atmosphere.

“You get to feel, in a sense, the vibe that the drivers feel. You’ve got hundreds of people down the bottom screaming out and things like that.

“To be a driver winning Bathurst, I can only imagine it’s 10 times better than that, but yeah very fortunate to see some of the things.

“When a driver wins a championship, it’s great to capture those moments – well any race for that matter.”

Asked if a particular photo stands out from his time in the sport, Horsburgh says: “It’s probably more the guys that aren’t there anymore that stand out more in your mind than the guys that are still around.

“So the pictures you get of Brock, you sort of look back on those and think they were pretty good moments and the same with Jason Richards and guys like that.”

Some Supercars ventures abroad do race to mind, though. 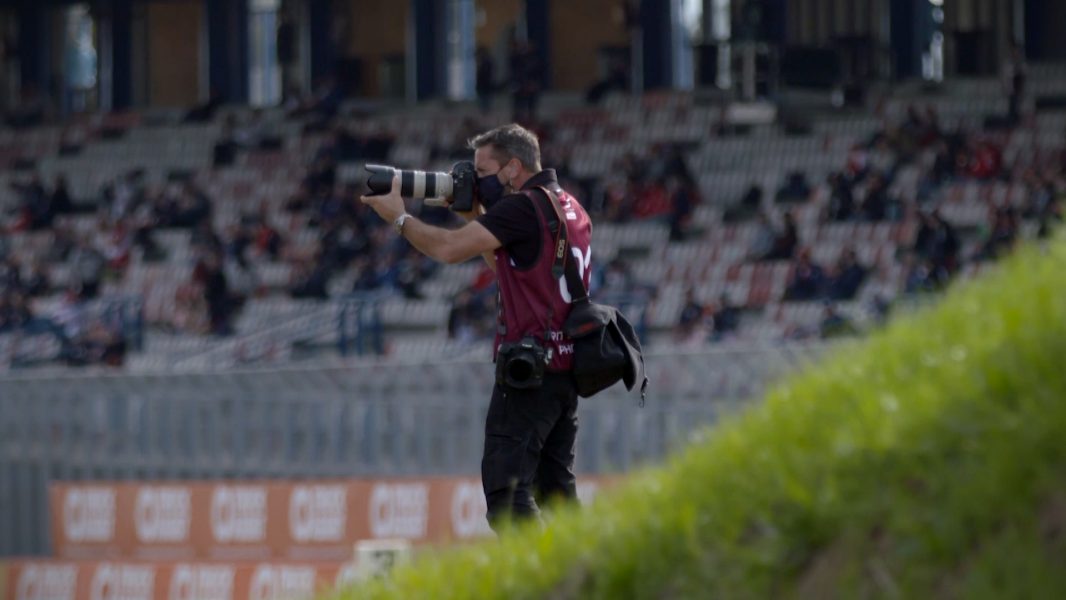 “I’ve been really fortunate to get taken along on a lot of pretty cool trips,” the father-of-one reflects.

“One which I probably shouldn’t talk about because my wife still gets a little bit annoyed at me when I talk about it, but I was lucky enough to go into Iraq during the war with four of the drivers and a couple of people from Supercars.

“We were flown into an active military base in the Middle East, spent the day there at the base and then were flown out.

“Austin probably goes down in Supercars folklore as being one of the best events we’ve ever been to.

“When you get to travel with everybody and you go to places like that, it does make it quite special.”

As a freelancer, the opportunity to dip into some other sports has also presented itself at times, none more memorable than covering the 2000 Sydney Olympics for the International Olympic Committee.

“Muhammad Ali did a press conference, it was a scrum like you wouldn’t believe… I got this one frame where he’s looking straight at the camera walking through the crowd,” Horsburgh says.

“And I was on lane four for Cathy Freeman’s 400m, so I was right there where she started the race and where she sat on the ground just in disbelief after winning.”

But for Horsburgh, Supercars is just about his second family – and one where he is entrenched as a familiar face, popular up and down pitlane.