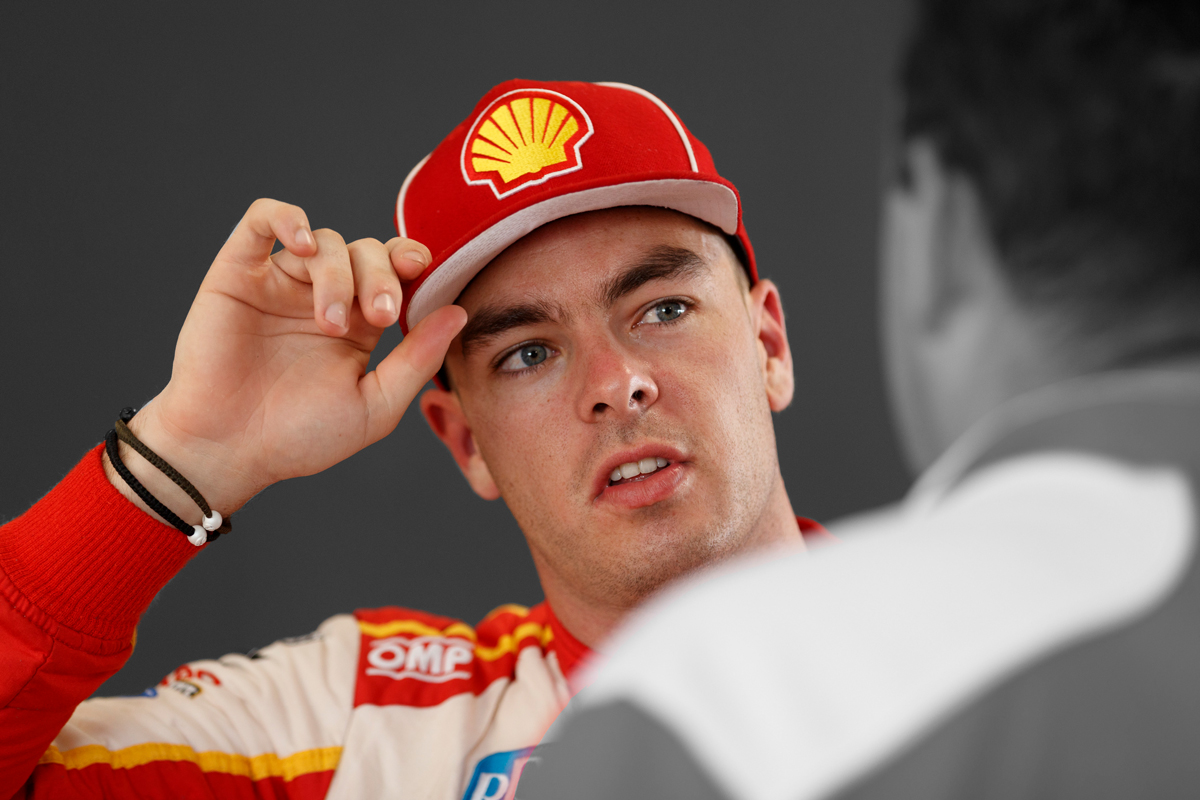 One train of odd sporting logic rolled out haphazardly around grand finals is that you have to lose one before you can win one.

You can probably think of a dozen examples to prove that wrong already, but the sentiment refuses to die.

Whether future success would be based on experience, lessons or hunger is never really clarified. But if you consider the final race of the 2017 Supercars season in Newcastle a grand final for Scott McLaughlin, you could say he’ll draw on all three.

Grand final wins, in his case championships, will surely come. It wouldn’t be a surprise to see the young Kiwi open his tally this year.

The way that Newcastle afternoon unfolded for McLaughlin was the stuff of nightmares, especially given he’d placed one hand on the trophy 24 hours earlier.

“The heart was sort of broken after that race,” he conceded in January.

How McLaughlin handled the immediate aftermath, though, was seriously impressive. He spoke to Greg Murphy on live TV within about 90 seconds of getting out of the car, did more media a short time later and then went to thank fans that had congregated on pit straight.

In those circumstances, you wouldn’t have blamed McLaughlin for hiding in the A-trailer or throwing on one of those disguise kits with the fake nose and glasses and heading for the airport. He was all class. 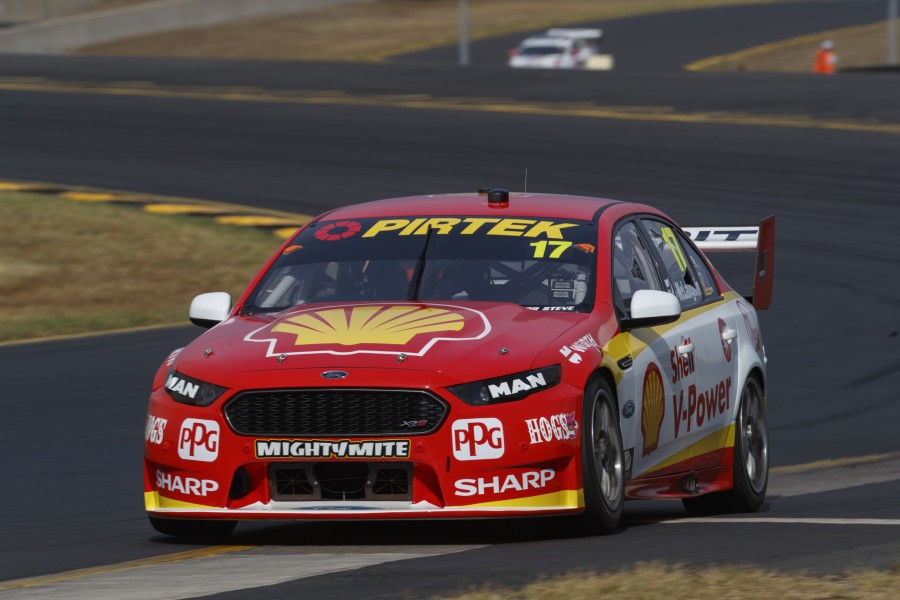 A trip to New York over Christmas, getting engaged and some Call of Duty were all in order, before McLaughlin fronted back up for 2018, with Shell V-Power Racing talking about ‘unfinished business’. A drivers’ title.

McLaughlin falling just short in 2017 shouldn’t detract from what was a breakout first season with DJR Team Penske.

He did, of course, win races and finish third in the 2016 championship in a Garry Rogers Motorsport Volvo, but McLaughlin dominated the key stats with his new team, one that hadn’t won for nearly four years.

Fabian Coulthard at Symmons Plains grabbed the first points victory since Roger Penske bought into Dick Johnson’s outfit in September 2014, but McLaughlin had won a season-high eight by the time the year was done.

A haul of 16 pole positions is a new Supercars record, and McLaughlin’s average grid position of 2.5 was a full two places clear of the next-best driver, Shane van Gisbergen.

Then you throw in season-best totals of podiums, 16, and fastest laps, seven, in what was a superb first season with the team, and its other prized recruit Ludo Lacroix.

He ultimately fell 21 points short of having the biggest trophy. And it’s easy to focus on that last Sunday in November and McLaughlin’s three penalties, but that wasn’t necessarily the definitive points drop.

Both Jamie Whincup and McLaughlin, for instance, had engine issues during the Bathurst 1000.

While the #17 Ford stayed out and ultimately stopped on track, the #88 Commodore was brought in. It was able to be patched-up enough to be sent out at the very end to cross the line 37 laps down in 20th, to grab 90 points.

On the Saturday in Newcastle, Triple Eight got Whincup back out to salvage 42 points after his opening-lap mistake. 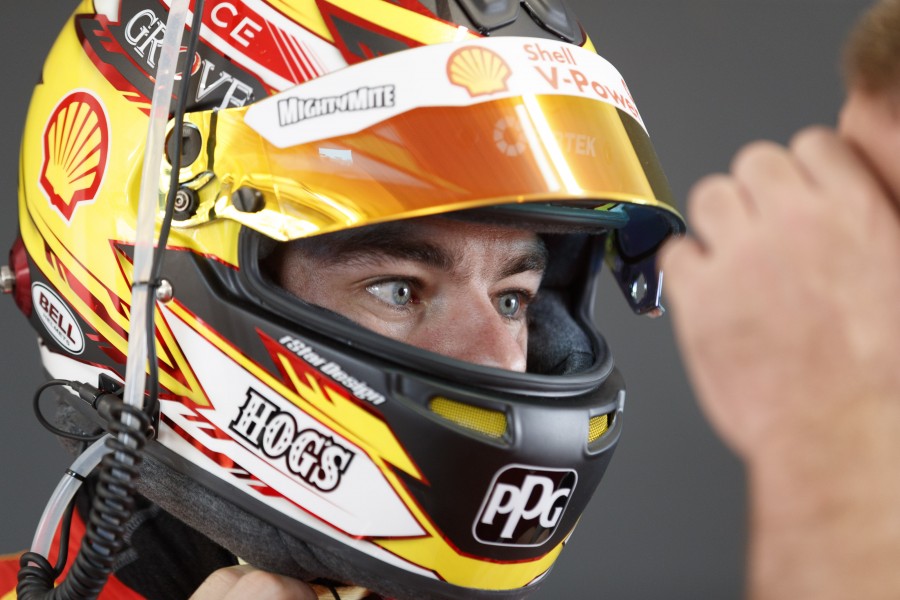 Lessons were also learned, and applied, early in the McLaughlin-Lacroix partnership, the team bringing data engineer Richard Harris into the radio mix.

Englishman Harris now talks “in concert” with Frenchman Lacroix to the New Zealander in the car.

In the season opener, McLaughlin was penalised for weaving behind the Safety Car, and started the second race of the year 48 points behind his ultimate title rival.

“We certainly learned some lessons through how to manage that Newcastle race,” managing director Ryan Story told Supercars.com in January.

“We’ve reviewed it, gone over it and there’s things we can do there to make it operate better and ensure that the message that’s being sent from the garage is one that is cool, calm and collected and coherent.

“We did that, we can just do it better.

“We’ve got good people, good practice and we learned an awful lot last year about how to do it right, and when we did get it wrong, how we ensure we don’t make those mistakes again.”

With first-year kinks ironed out and a season of experience with the team to refer to, McLaughlin starts year two in a Shell Ford as a title favourite and feeling calmer.

For the first time in his career, he also has the same team-mate for a second season, in Fabian Coulthard, whose focus will be on closing the pure-pace gap McLaughlin displayed.

How the Triple Eight-developed ZB Commodore rolls out is the biggest variable, but not one DJR Team Penske can do anything about as it looks to sharpen those few rough edges and build on its impressive 2017. 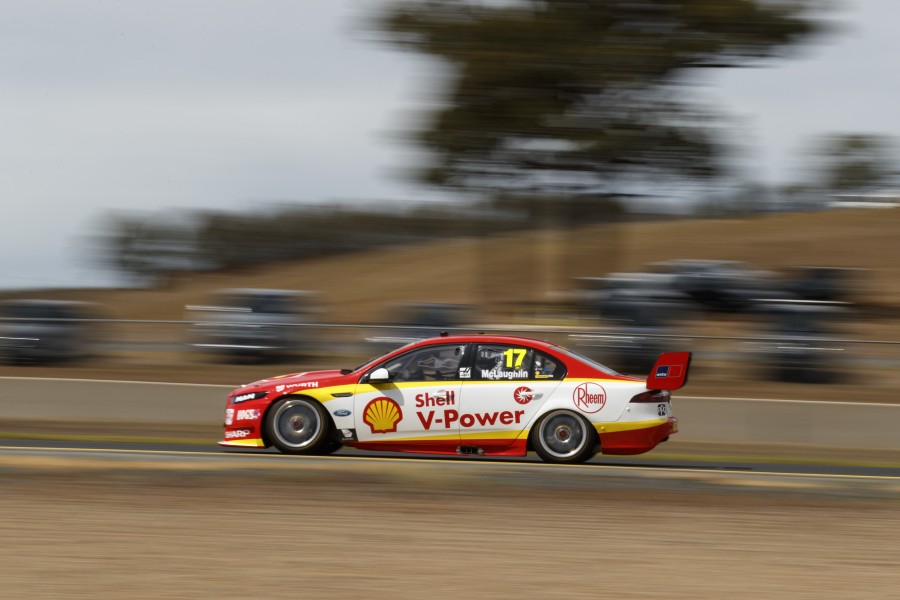 “Others, perhaps, had greater expectations of us leading into the beginning of last year than we had ourselves,” Story surmises.

“But the goalposts have certainly shifted and our expectation is that we roll out of the truck everywhere and be competitive in the same capacity and the same sense as we were last year.

“That doesn’t come easy, it requires an enormous amount of work and not resting on any laurels.

“But we’ve got good people, good practice and we learned an awful lot last year about how to do it right, and when we did get it wrong, how we ensure we don’t make those mistakes again.”

McLaughlin’s work ethic was a standout for Story and his team last year. There’s no reason for that to drop, and – if anything – the hunger will only grow based on the way his 2017 finished.

Story said his driver reported back for duty “pumped” and “chomping at the bit” in 2018.

McLaughlin has already starred at the Bathurst 12 Hour in a McLaren, and got back into the swing of Supercars in the pre-season test, even if a tyre failure ended that day.

Still only 24, McLaughlin cemented his standing as a champion-in-the-wings last year.

You’d be hard-pressed to fault how he has handled things since stepping out of his #17 Shell Ford on November 26. This weekend in Adelaide, at last, he can start the job of finishing that unfinished business.

“It’s been a long time,” McLaughlin says of the off-season. “After Newcastle, I could’ve gone to Adelaide straight away.”