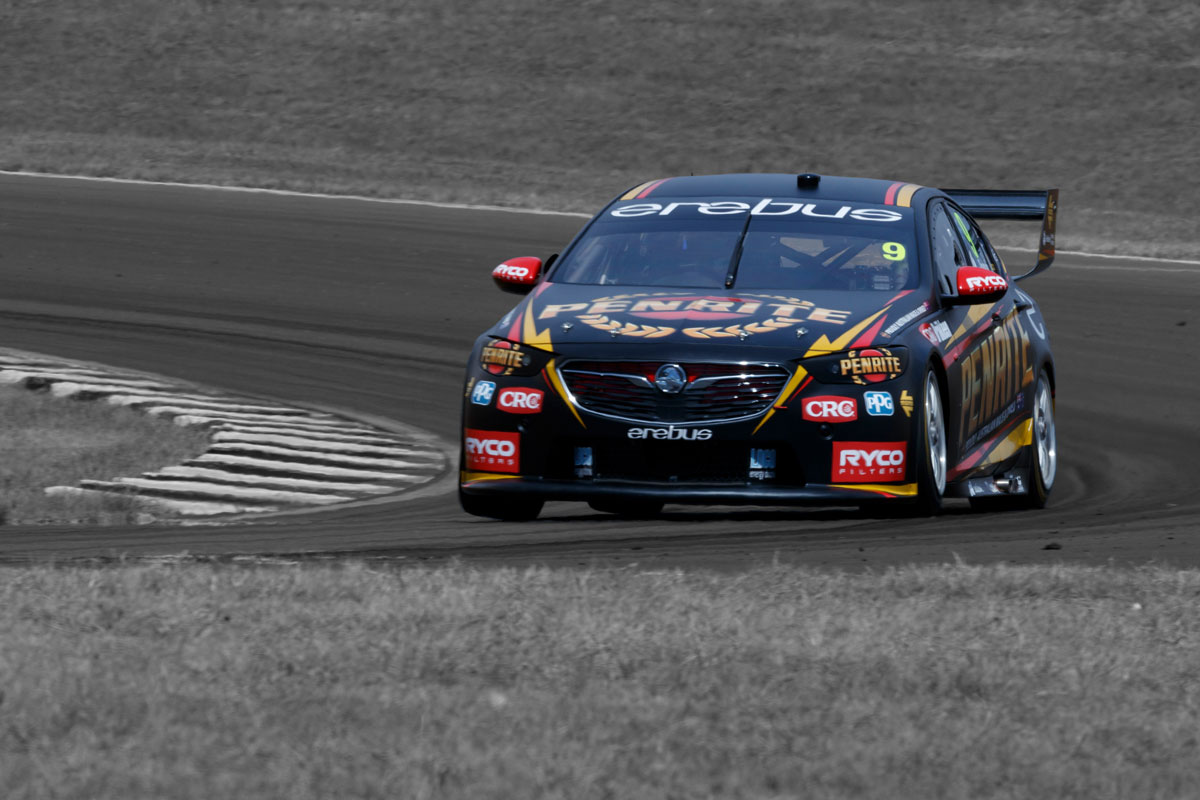 The 2017 Supercars season will be pretty tough to beat for Erebus Motorsport and David Reynolds. It did, after all, include a maiden Bathurst victory for both team and driver.

But the upwards trajectory of the Holden squad suggests there could be even more podium hijinks on the way in 2018.

What has been achieved so far has happened in quick time. If you go back 24 months, Erebus had parked its Mercedes and was prepping a pair of Commodores purchased from Walkinshaw Racing, with a totally new crew assembled in a new city.

In his first weekend with the team, ousted from what was Prodrive Racing Australia at the end of 2015, Reynolds qualified no higher than 16th for any of the three races in Adelaide.

He finished the weekend with results of 14th, 19th and fifth, the latter coming in that chaotic, shortened affair in the rain.

A late clash with Shane van Gisbergen turned a likely Saturday podium into fifth, but he grabbed one on the Sunday with third to finish the campaign.

The Barry Sheene Medalist wound up seventh in the drivers’ championship, beating Garth Tander in ninth to be the top driver from a team other than Shell V-Power Racing, Triple Eight or his former employer.

Victory with Luke Youlden at Bathurst also made Erebus the only outfit other than those three to win in 2017, as it rose to fifth in the teams’ championship from 11th in ’16. 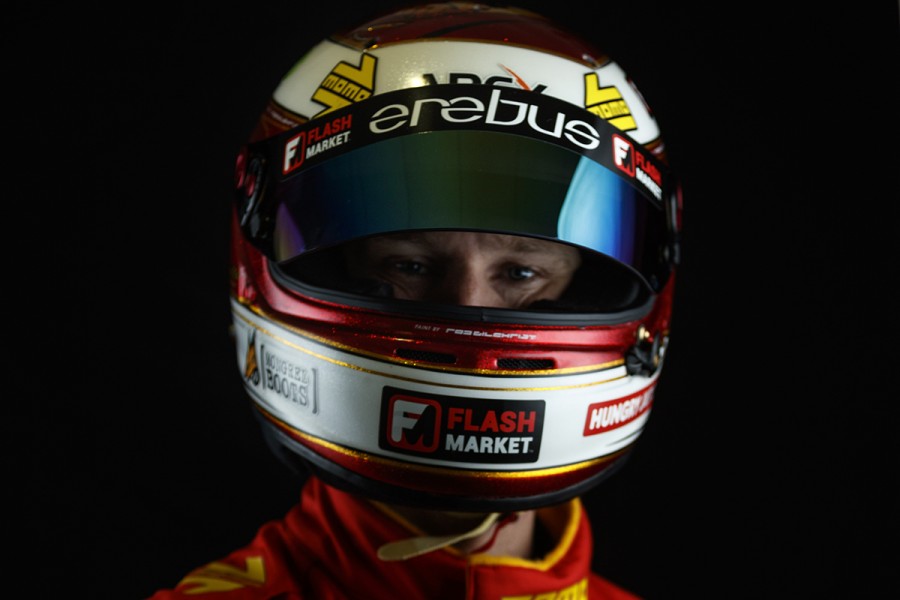 The Erebus that enters the 2018 season only really carries the name and Betty Klimenko’s ownership from its grandiose entry with three Mercedes E63 AMGs five years ago.

It was scaled back to two cars for season two, and did win a race in both 2014 with Lee Holdsworth and Will Davison in ’15.

But that the pair finished 20th and 15th in those seasons summed up where the package was at.

And where it would likely stay without another massive investment to improve an already-expensive engine, lacking manufacturer backing.

Suspension lessons and developments from the Mercedes did make their way onto the Commodores in 2016, after the team’s Barry Ryan-led overhaul.

It swooped to pick up Walkinshaw Racing-exile Alistair McVean before Bathurst, and Reynolds and his new engineer formed a quick rapport to finish 2016 with third at Homebush.

The pair have gone from strength to strength since, and Erebus introduced its first in-house Commodore 12 months ago for its star driver.

“I’m very proud of everyone,” Reynolds told Supercars.com at the end of last year.

“We’ve come a very, very long way since the start of 2016. I still think we’ve got more to go, definitely. We’re sorting out the game of Supercars and our cars as well.

“When we go racing, we’ve kind of got nothing to lose, because we started with nothing. A brand-new team, brand-new cars, brand-new everything.”

Reynolds says he has no reason to leave Erebus, after earlier spells with Walkinshaw Racing, Kelly Racing and what’s now Tickford Racing.

And that’s no surprise. Reynolds has always been a different cat within the paddock. He tested the patience of PRA, for instance, despite finishing third in the 2015 championship. 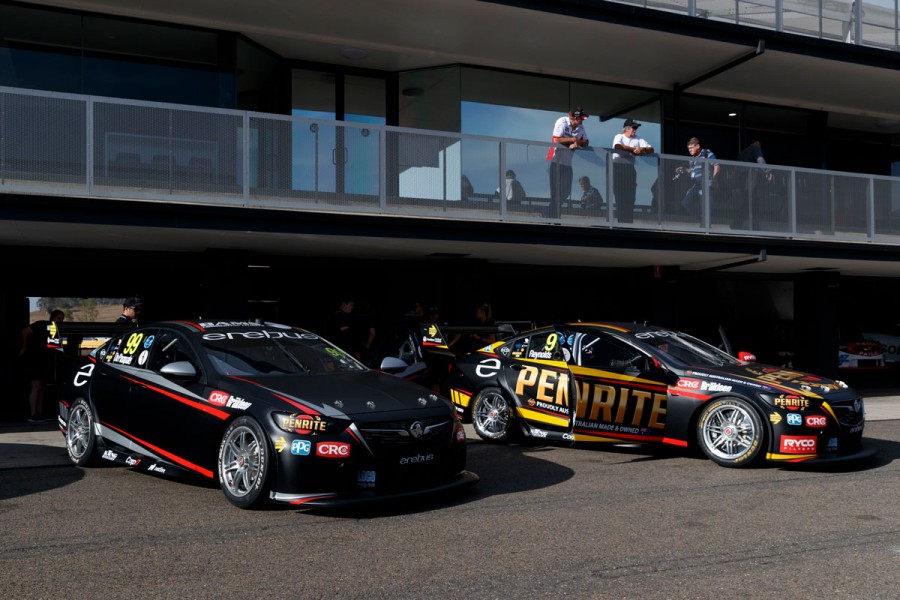 But at an Erebus team led by another strong character in Klimekno, he has found a home. One where he thinks a championship isn’t out of reach.

“That’s what we’re aiming for,” he said.

“I never thought we’d be this far down the road I thought it was going to take a lot longer.

“It’s fantastic, it’s the best place I’ve been to, ever. Betty’s awesome to work with, she’s so accommodating, always happy and easy to get along with.

“And Baz [Ryan] is awesome, makes the best of all the situations. I’ve been to other teams in pitlane and this is something special for me.”

As Erebus looks to make that next step and build on Reynolds’ collection of four podiums over the last two seasons, he gets a second fresh Commodore in as many years.

The team was the first Holden customer to commit to the new ZB platform, McVean noting “we could clearly see the potential that the new body shape possesses”, in what he forecast to be a less-sensitive package than the VF.

McVean has signed a fresh, long-term deal, and continues to work with Reynolds, whose 2017 chassis goes to rookie Anton De Pasquale.

The 22-year-old impressed in a pair of Dunlop Super2 Series seasons with Paul Morris, and made Erebus - and Reynolds - take notice in an evaluation day at Winton last August.

He steps up to replace Dale Wood alongside Reynolds, who is yet to be outqualified by an Erebus team-mate.

Development on the package continues, too. Ryan says his team “tried some new things at Newcastle that worked well”, but that it won’t “overcomplicate it” as the new aero package comes on stream.

Reynolds has been a big part of setting that direction, developing what is considered a package that is quick and compliant. He finished 2017 with improving tyre life, what hurt the team at Sandown, as one of his main targets. 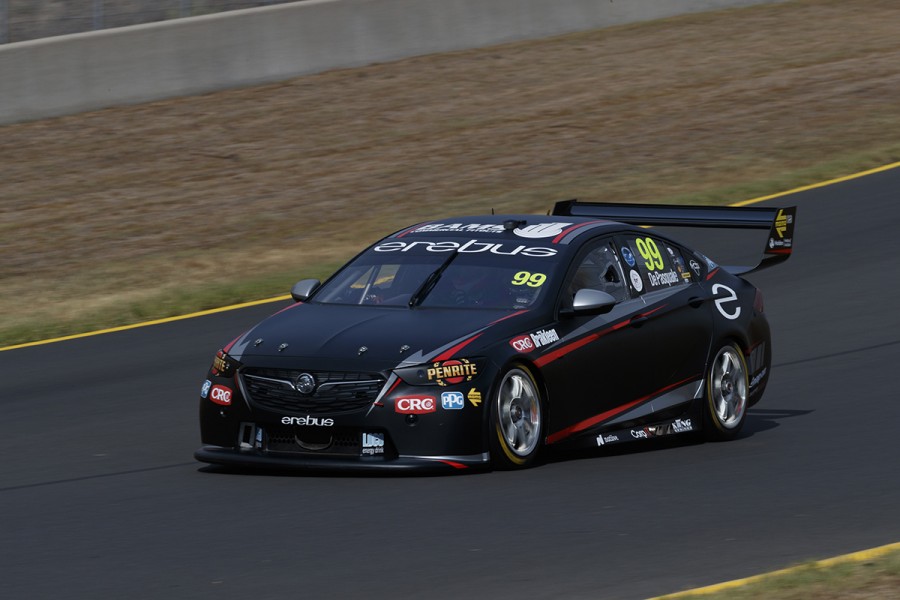 That the Erebus Commodore is user friendly, as shown by Youlden jumping in and being quick at Sandown without doing any other racing last year, will help De Pasquale.

In turn, Ryan believes that will help Reynolds.

“There hasn’t been many times when he’s learnt a lot off the other guys, but I think it just shows how exceptional he is,” Ryan said. “And he’ll be there for Anton every step of the way.

“If there’s one time Anton outqualifies him, we know it’ll make Dave even better - he’ll go back and study harder and work out why someone in the same car is better than him and come out stronger.

“That’s a big positive. When we tested Anton for the rookie day, he was very, very strong.

“Even though Dave only got 10 laps that day, compared to Dave’s pace Anton was very close and you could see Dave thinking ‘shit, this could be good’, to have someone that could potentially push him.”

In addition to winning a race on the Mountain, Erebus has scaled a large mountain to get to where it finished 2017.

Some more Reynolds/McVean magic and a hungry young rookie to challenge the established driver could be just what it needs to reach the next summit.