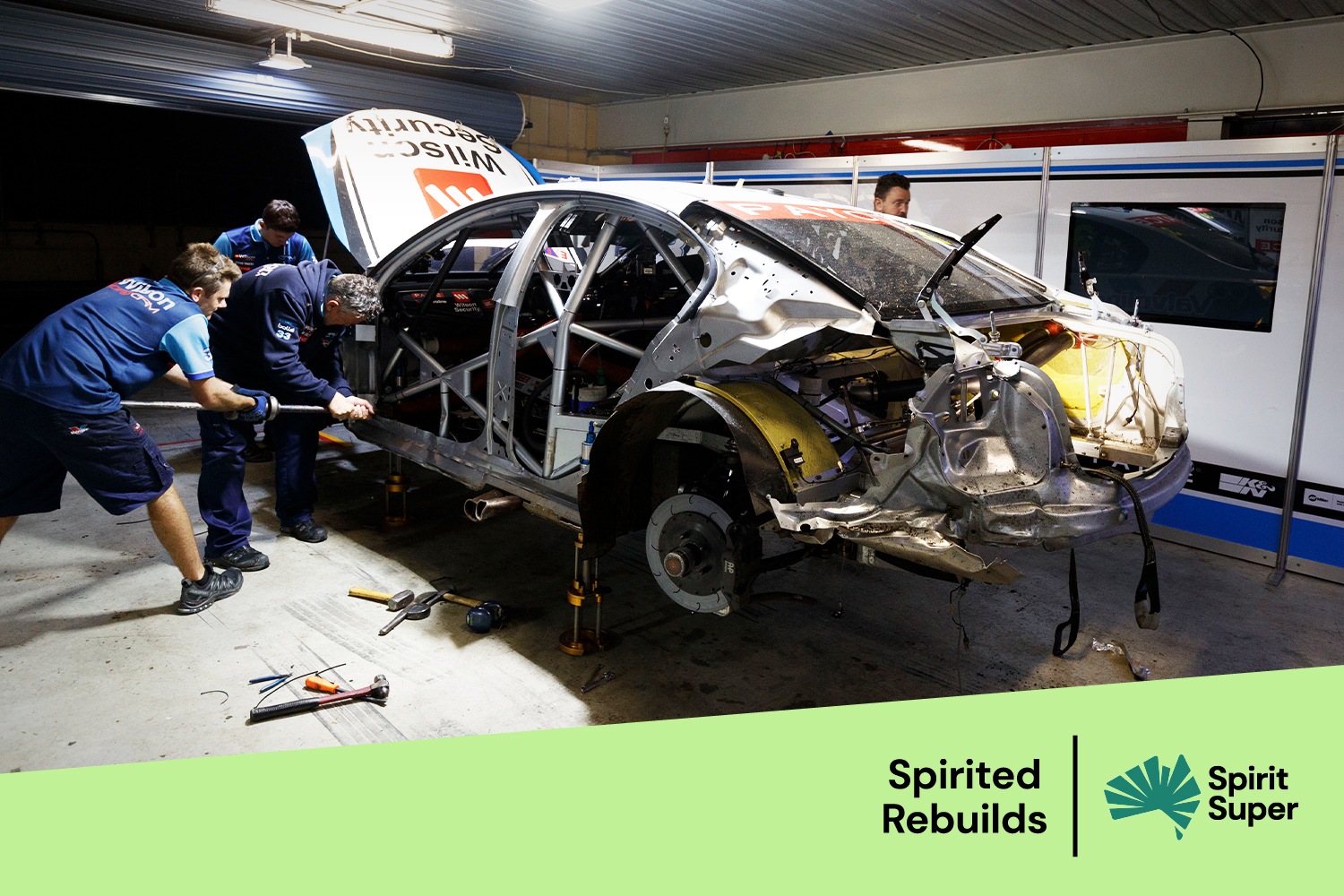 This is the first of Supercars.com’s Spirited Rebuild series brought to you by Spirit Super. The first entry covers the remarkable Tasmania pile-up in 2017.

The events of the Saturday at Symmons Plains in 2017 triggered one of the most desperate paddock-wide repair jobs in Supercars history.

There were several tales of woe on the Saturday night following the infamous accident, which saw 12 cars damaged in an early-race pile-up.

The extraordinary incident left several cars in ruins, leaving crews with a race against time to bravely sacrifice their nights to fix race cars.

The drama began with midfield contact on the run to Turn 4, with rain and sunshine causing heavy spray.

In a matter of seconds, half the field lay stricken on either side of the track, with the race immediately red-flagged and later called.

Remarkably, the Mobil 1 HSV and LDM squads worked around the clock and managed to return the cars of Scott Pye and Alex Rullo respectively to Sunday’s action.

Garry Rogers Motorsport and Brad Jones Racing mechanics faced a big night of work after all of their cars suffered damage in the accident.

Courtney, who left the Adelaide season-opener third in the points, was the biggest name to fall foul of the accident.

While Courtney’s car was immediately withdrawn, the team was the last to leave the circuit after rebuilding Pye’s car. 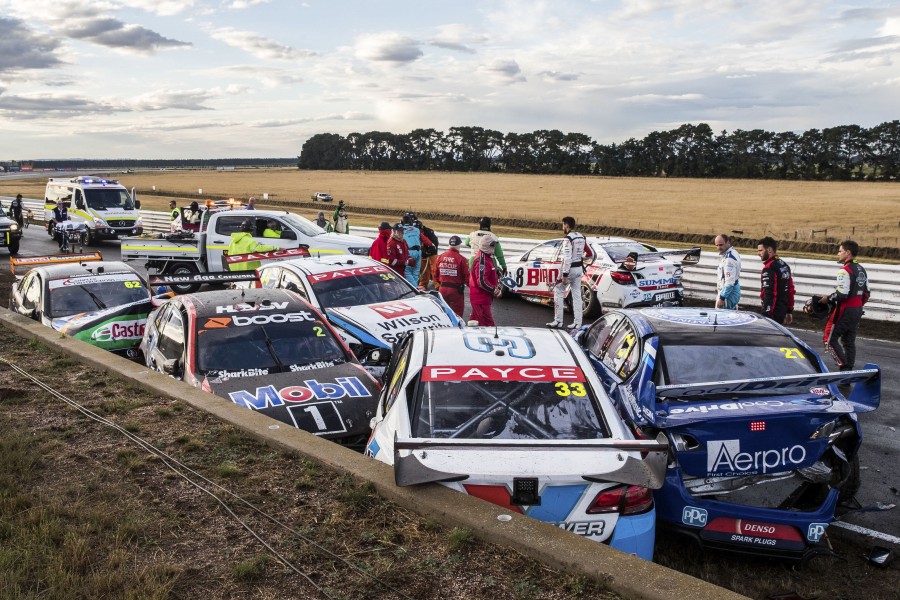 According to then team boss Adrian Burgess, the last of the crew headed back to their hotel at 5:00am.

"There was a lot of work to do, we changed pretty much everything apart from the roof, the windscreen and the chassis," Burgess told Supercars.com.

"It took hits on all four corners, so all the suspension has been replaced, as well as the engine, and full driveline, panels, steering rack, everything. It’s pretty much a new car.

"We had to replace one of the bars on the front-right wheel tub where the wheel came back which was fairly significant.

"There is a little bit still to do this morning but we pressed on to have it finished last night so we could get some sleep knowing we had ticked off the major items.” 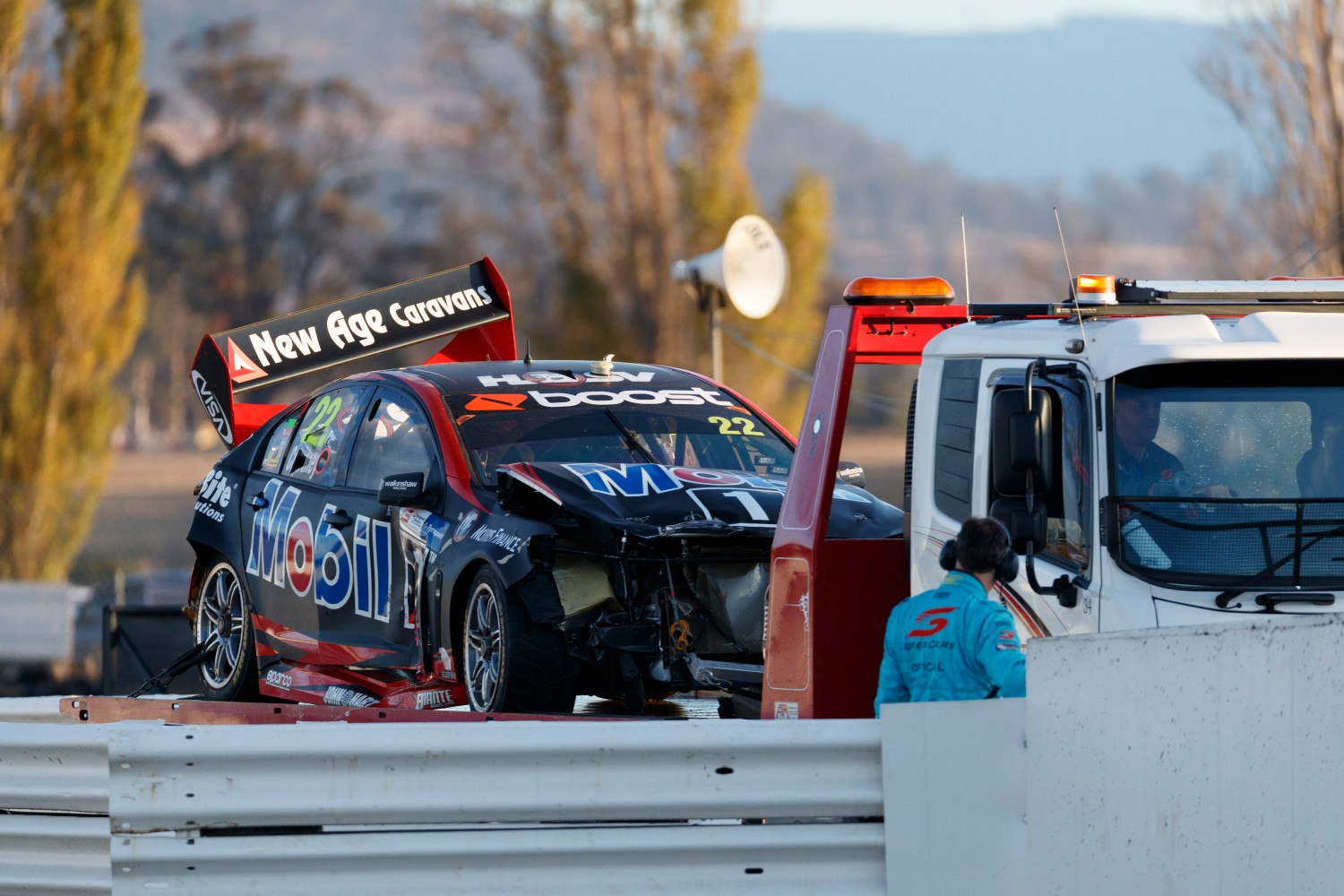 Such was the damage to Courtney’s #22 entry, that the team was forced to roll out a spare car for the Phillip Island event two weeks later.

"Unfortunately James' car has suffered significant damage to the drivers’ side intrusion bar work of the cage," Burgess added.

"Clearly it’s not something we can take any shortcuts on, the fix needs to be done properly because it’s a safety thing, so we’ve had to pull car 22 from the remainder of the event.

"We have a spare car ready which James will jump into for Phillip Island, while this chassis will go back to the workshop to be properly inspected and repaired."

Heartbreak was reserved for the Kelly squad, with the team left to prepare its spare car for Phillip Island, with Kelly suffering a minor leg injury in the accident. 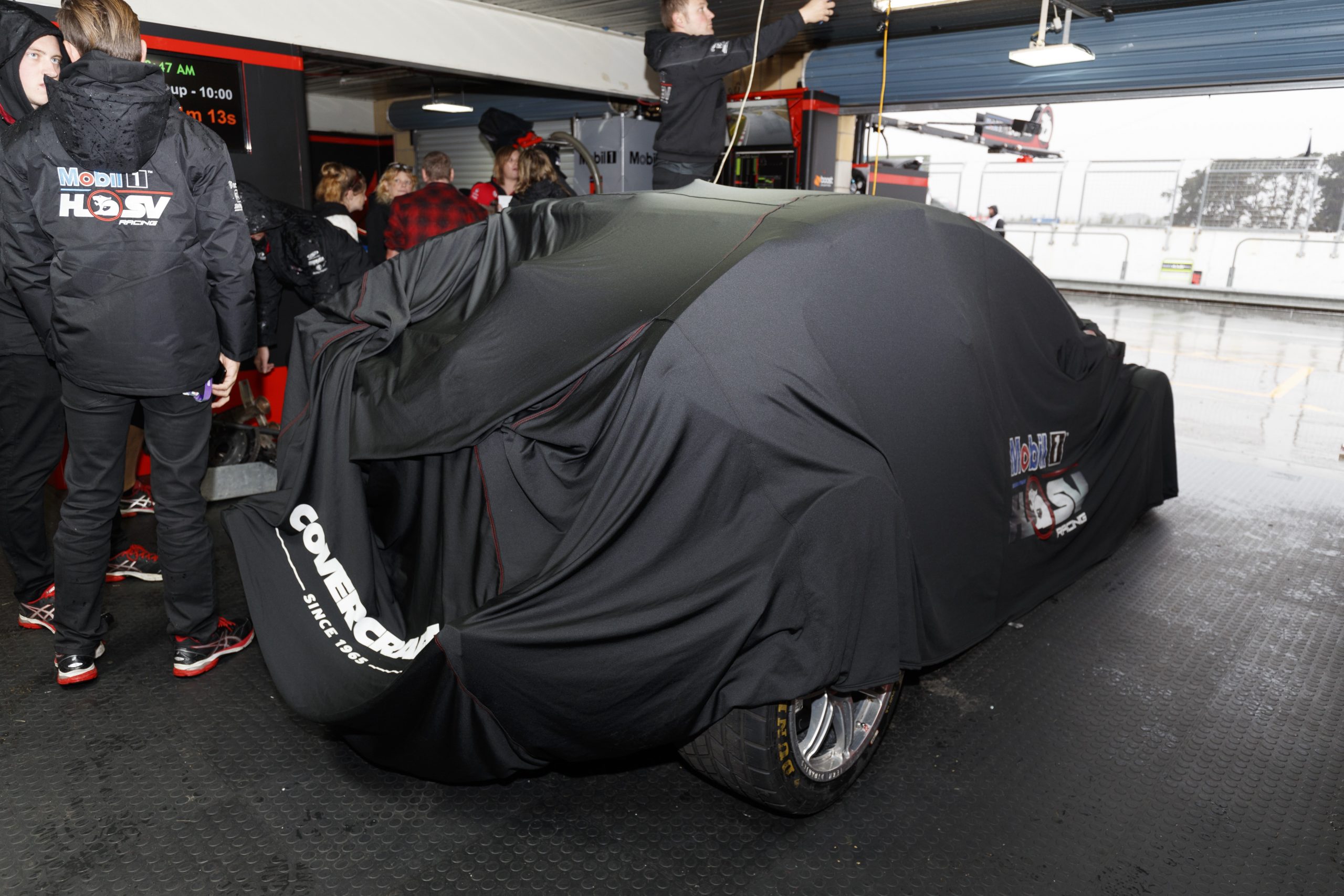 Kelly was speared across the circuit before being hit side-on by Davison, who suffered a back injury.

"I think that’s the last we’ll ever see of that car given what we’ve just seen there,” then Nissan Motorsport manager Scott Sinclair said.

"It was a case of wrong place, wrong time. No one likes to see that stuff."

It was a mixed bag for the Dumbrell squad; the Douglas car was withdrawn, but the team managed to repair front-end damage on Rullo's car.

The Dumbrell crew put in a major effort and left the circuit before midnight, but further repairs were needed for the Douglas car after the event. 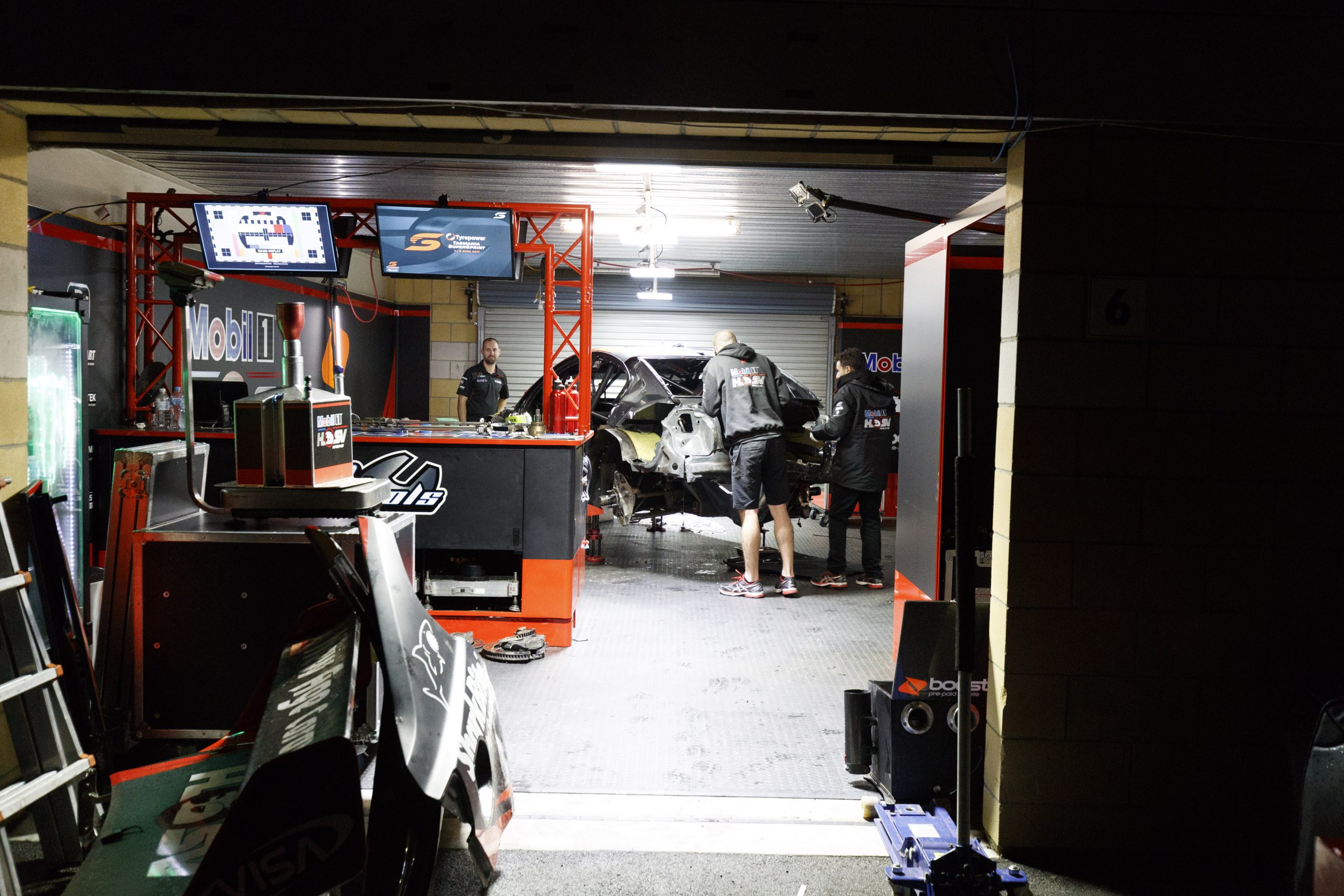 "There are massive cracks up through the front-right suspension turret," Dumbrell said of the Douglas car.

"The damage doesn’t look as big as on some other cars, but the whole right-front rail has to be cut back to the firewall which we can’t do here.

"Alex’s car has more front-on damage. It’s going to be a big job but we’ll straighten the front rails and get it back out tomorrow.”

The most impressive performance was by the BJR crew, which resurrected all three of its cars.

It came amid a shocking run of luck for the Albury team following a rebuild of Nick Percat’s entry after a horror Albert Park accident. 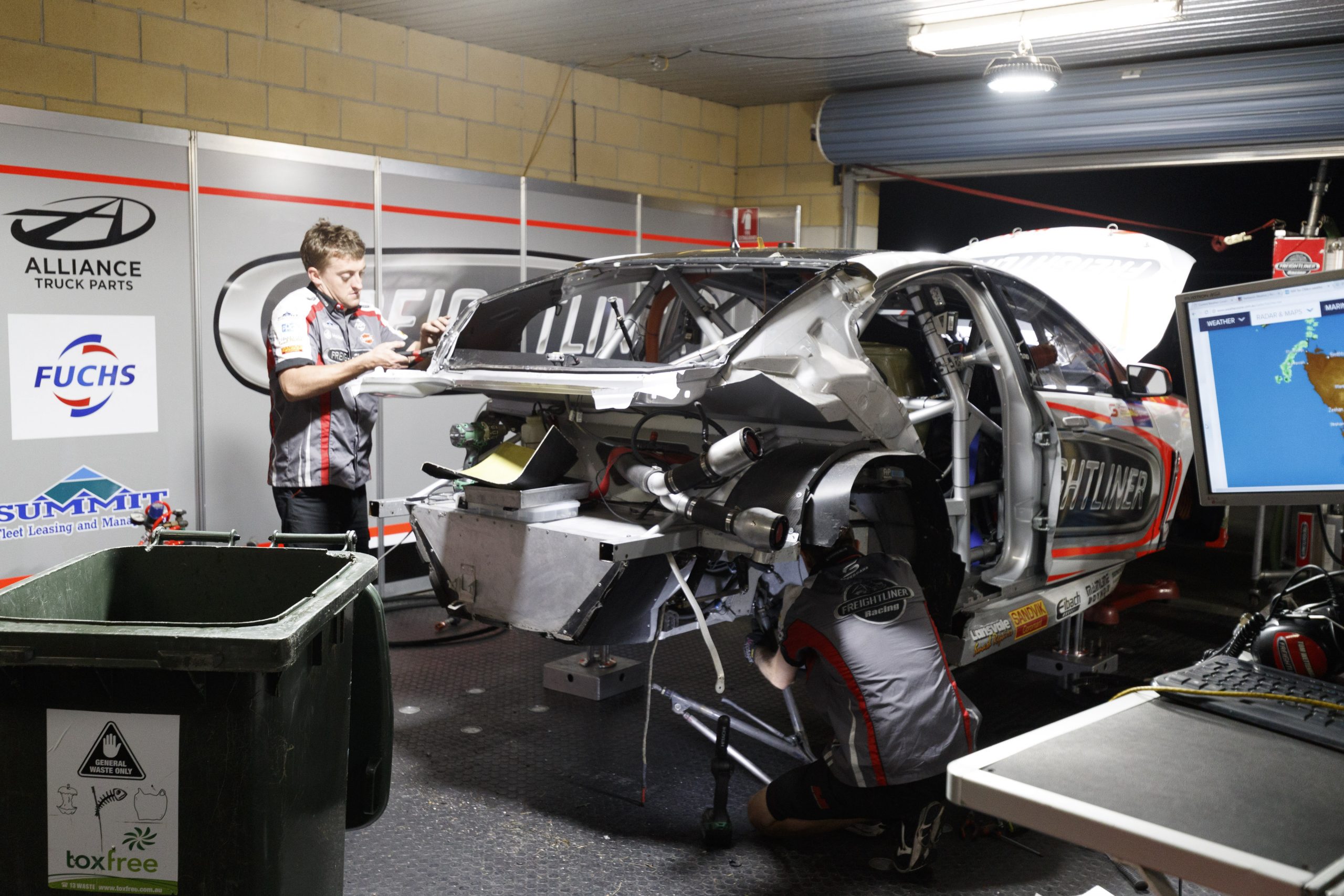 "The guys have done an amazing job to turn these cars around from how they looked yesterday," Brad Jones told Supercars.com.

"Apart from a bit of duct tape and the odd scar they look like they haven’t been in an accident at all.

"The boys finished at about 2:30am last night and were then back up early this morning.

"There was a massive amount of damage, including some structural stuff on the #14 [Tim Slade] and #21 [Tim Blanchard]. 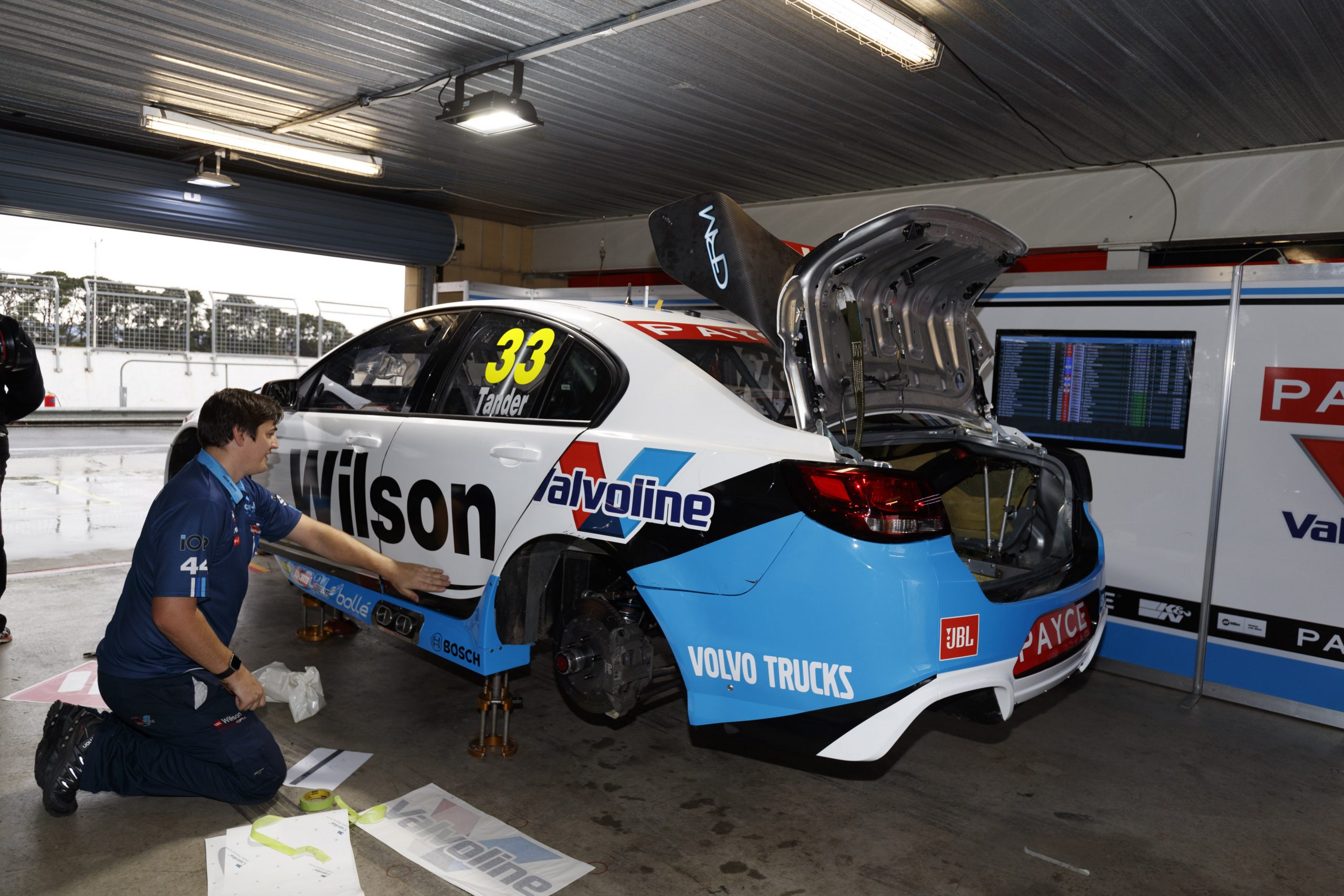 GRM did the same, with Garth Tander and James Moffat both returning on Sunday.

"We made some pretty good progress last night and got them to a stage where they just needed a tidy up this morning,” team manager Stefan Millard told Supercars.com.

"We got out of the track at about 1:00am and had some sleep before getting back into it.

"We had a fair bit to do on some bar work on Garth’s car, but we’re happy that structurally it’s okay.

"Most of the damage was just bolt-on parts, which was the same as Moff’s car, which took a front-on hit similar to what it had at Albert Park."