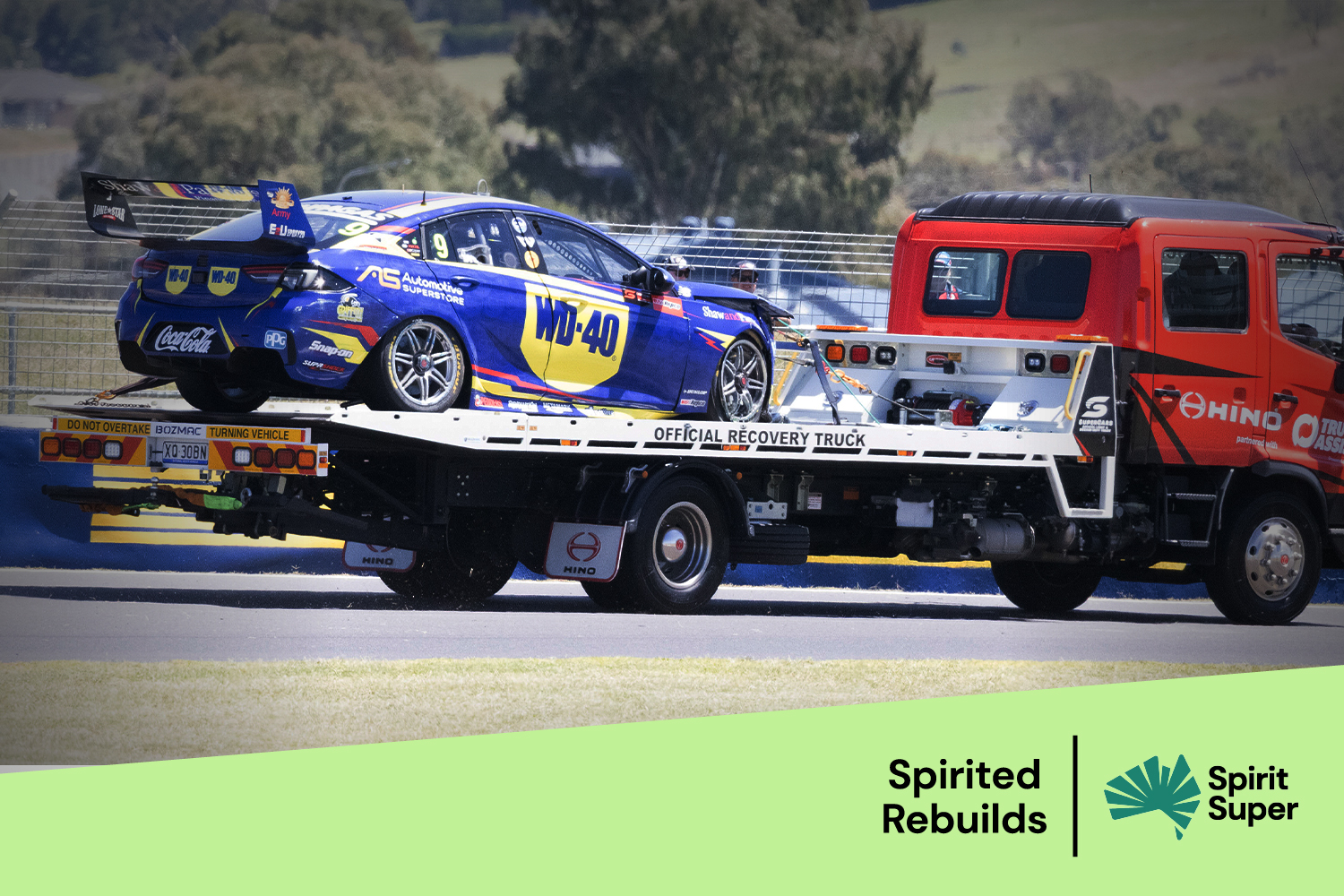 This is the third of Supercars.com’s Spirited Rebuild series brought to you by Spirit Super. This edition covers Erebus Motorsport’s rebuild of Will Brown’s busted car in Bathurst earlier this year.

Erebus Motorsport was forced into a dramatic race-against-the-clock rebuild at the very first event in 2021.

In fact, the team’s hand was forced after the first session of the new season, with Will Brown finding the concrete in Bathurst.

The season-opening Repco Mt Panorama 500 got off to a bruising start for Erebus, with Brown suffering a heavy crash at the Dipper midway through the 60-minute Practice 1.

Brown, a 22-year-old main game rookie, was setting impressive pace before he clipped the inside wall.

The #9 WD-40 Commodore was catapulted into the outside barrier and sustained major front-end damage.

Brown managed to safely steer his damaged car away from the racing line, with the red flag flown.

It came as a shock to many; so damaged was the car, that its chances of returning for the weekend were labelled slim even before it returned back to pit lane.

Brown wasn’t deterred by the crash, but admitted at the time his weekend could have been over: "Just a complete balls-up on my half. I'm not going to let it get us down, it's one of those things.

"You definitely shouldn't do it as a rookie, I did everything wrong as a rookie.

"Turned in a bit too early in the end and did that. It's really disappointing, I'm probably out for the weekend now.

"It sucks for the team, it sucks for everyone but we'll keep our chins up and keep swinging on."

Erebus CEO Barry Ryan backed in his young driver: "It's alright, he was having a crack, he was third in the session.

"We've told him to go out and have fun and go fast.

The car was stripped of its panels and the outlook was grim - the front-right corner was extensively damaged, and the lower chassis rail was twisted. 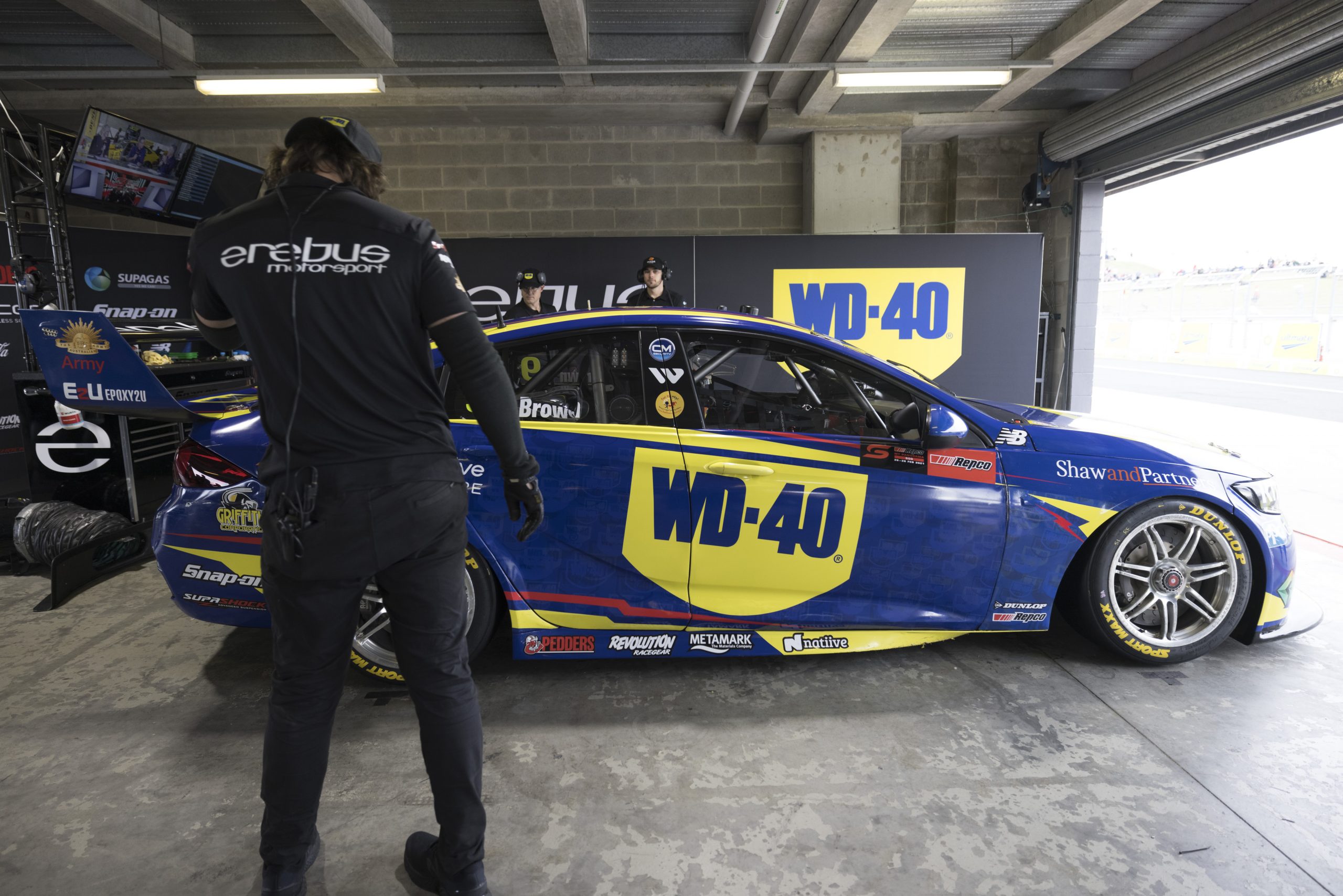 From radiator to front bumper bar, steering rack to cross member, water pump on the engine - the #9 WD-40 Commodore had taken a major beating.

The team worked through the night to repair the car, and when the sun rose over Mount Panorama, it had been repaired.

No stranger to miracle repairs, Erebus had pulled off another jaw-dropping effort, and it didn’t go unnoticed by Ryan.

With the car on the set-up patch ready for ARMOR ALL Qualifying on Saturday morning, Ryan said his team was convinced it could pull off the fix.

"It's been an awesome effort by our crew to get the car back up and running before qualifying,” he said.

"There were stages where we thought we wouldn't get it done but we eventually got to a stage and convinced ourselves we could fix it. 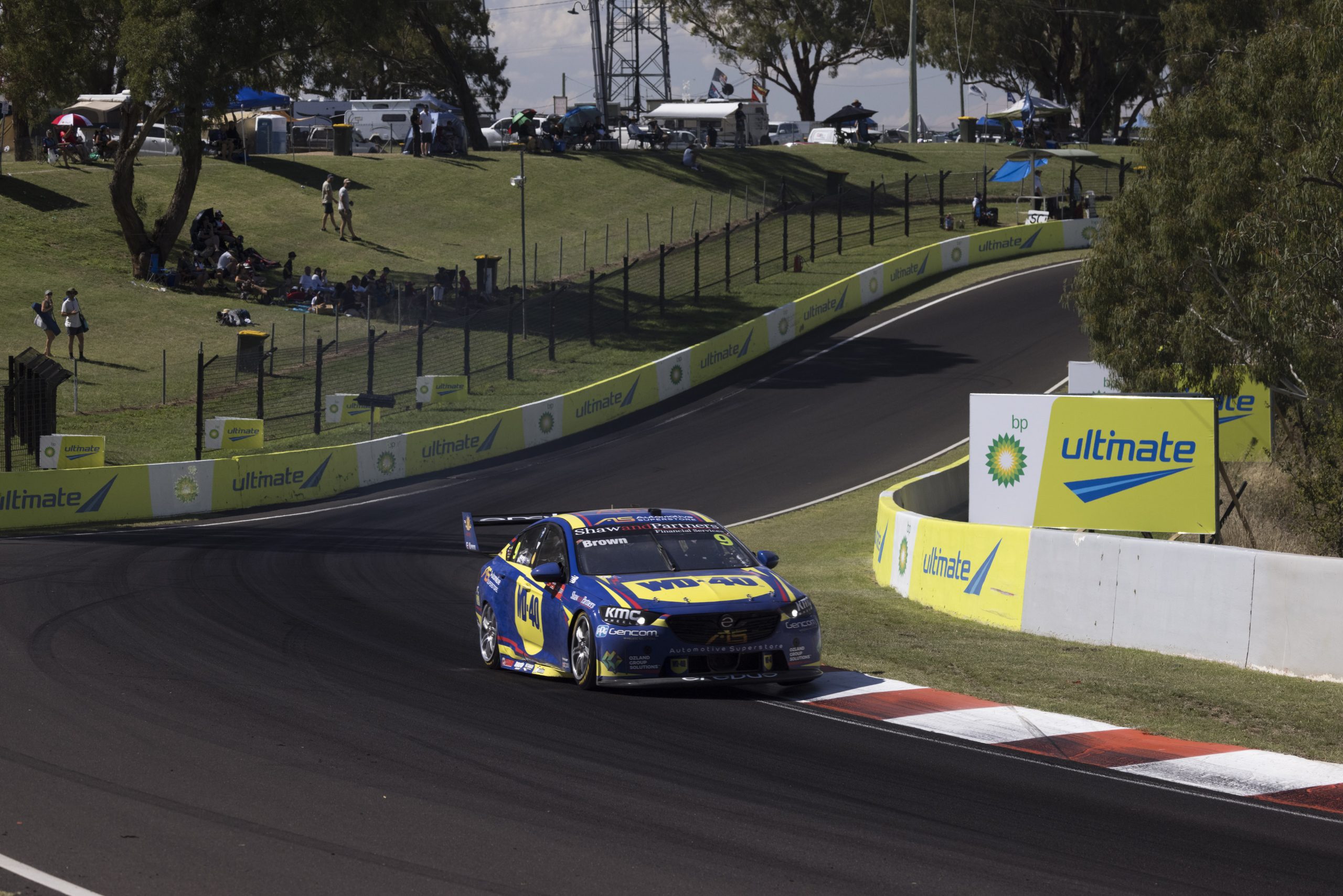 "It's a massive credit to the team, it's as good as you can do at the track for a repair.”

Brown would finish the two gruelling 250km races in 16th and 14th, and after seven rounds, is 10th overall.

Still, despite the miraculous rebuild, Erebus opted to ready a spare chassis for Brown for the following event.

Erebus opted to revert Brown to the team’s spare chassis when the damaged car returned to its Melbourne base.

The spare chassis itself had already been rebuilt following an accident for Luke Youlden at the 2019 Bathurst 1000.