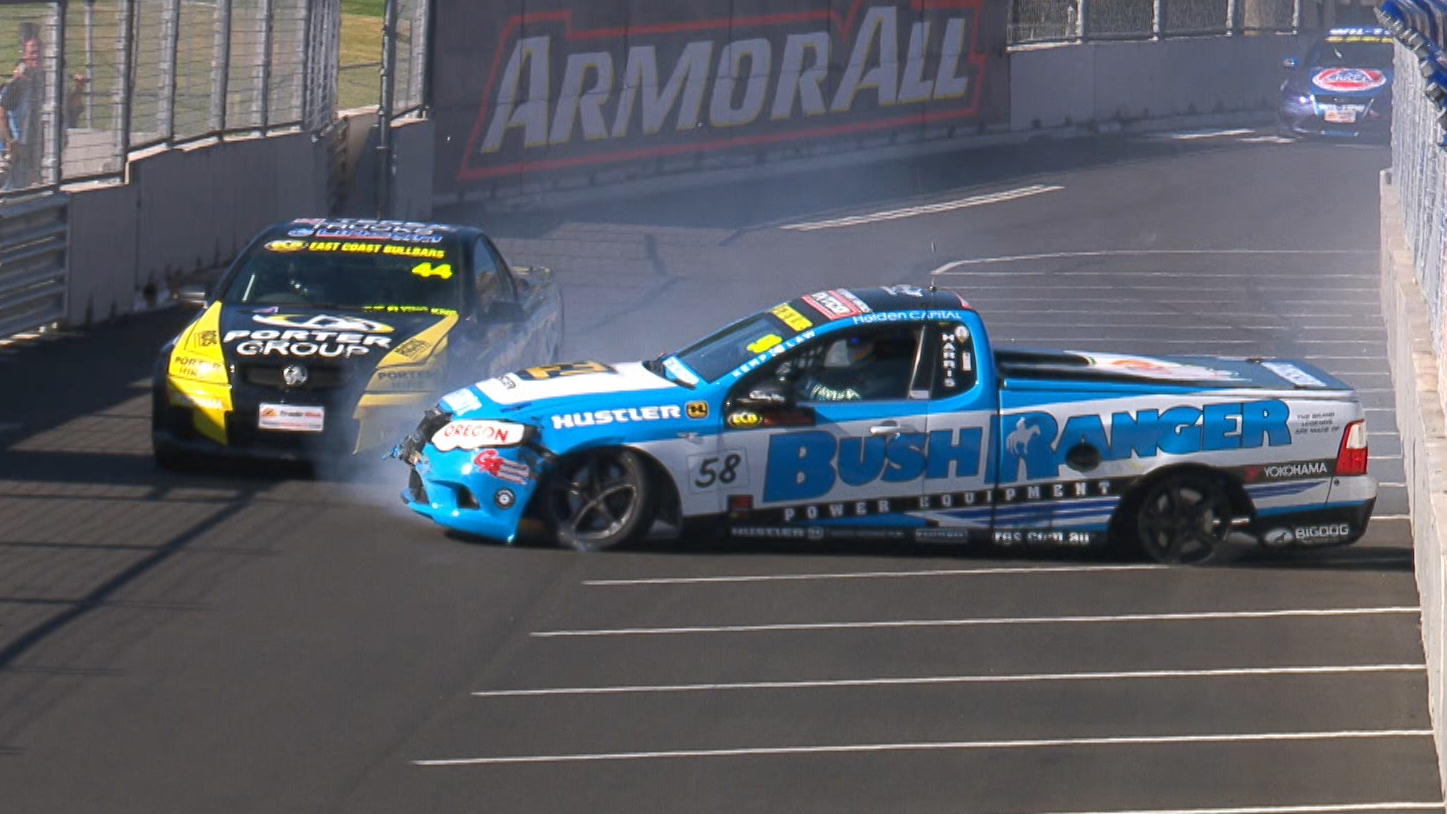 Two spectators have suffered minor injuries following an incident in qualifying for the V8 Ute Racing Series at the Coates Hire Newcastle 500.

The left-rear tyre from Ryal Harris’ ute peeled away from its rim and went over the catch-fencing during an accident between the Ford and Matt Griffin’s Holden.

Harris’ Falcon had been sent into a spin after the left-rear contacted the right-front of Griffin’s entry on the run towards Turn 10.

A Supercars statement has confirmed that two spectators suffered minor knee and ankle injuries, although it is unclear how they were sustained.

“Today, at approximately 9am, during qualifying for the V8 Utes Series, two spectators suffered minor injuries when part of a tyre dislodged from a competitor’s vehicle,” it read.

“Emergency response teams were on the scene in minutes. At this time, exact details are unknown although it is confirmed two spectators, one male and one female, were taken to the trackside medical centre with minor knee and ankle injuries.

“Incidents of this nature are extremely rare. The safety of competitors and spectators is paramount, with the circuit certified to the highest global safety standards by the governing body of world motorsport, the Federation Internationale de l'Automobile (FIA), and the Confederation of Australian Motorsport (CAMS).

“Further statements will be issued by Supercars as information comes to hand.”