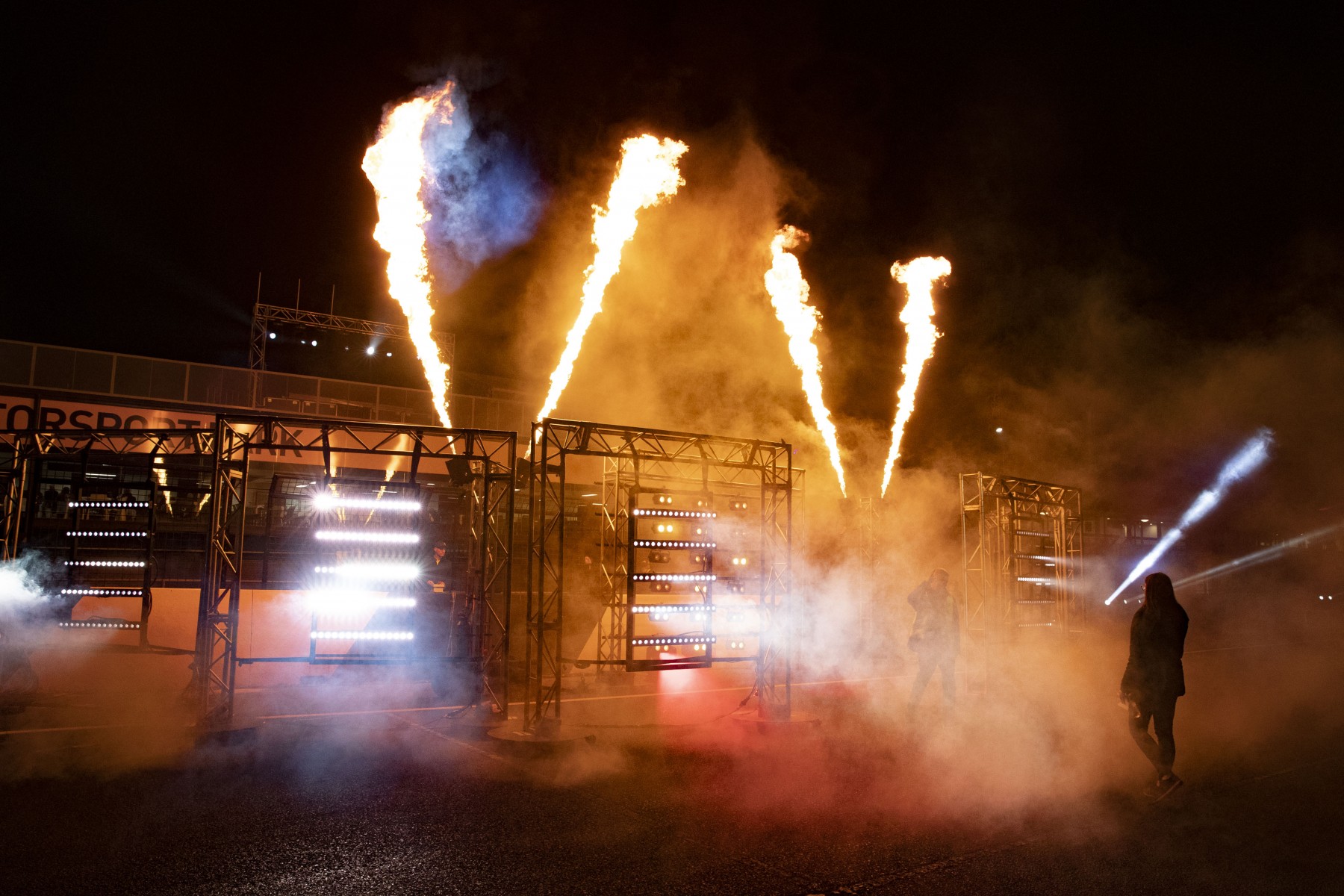 Preparations for the inaugural Red Rooster Sydney SuperNight 300 have stretched beyond lighting the circuit, with a spectacular pre-race show planned for Saturday evening.

Supercars has designed the Saturday-night format, which marks the category’s first night race in Australia in 21 years, to appeal to existing and new fans.

Central to the off-track spectacle will be an extended pre-race show, in which drivers will be introduced to the audience one-by-one ahead of the 300km race.

A combination of lighting, smoke, fire and music will build the atmosphere as each driver steps onto Sydney Motorsport Park's pit straight through an archway.

Collecting their gloves from Red Rooster ‘grid kids’, the drivers will then walk to their cars, parked on the main straight. 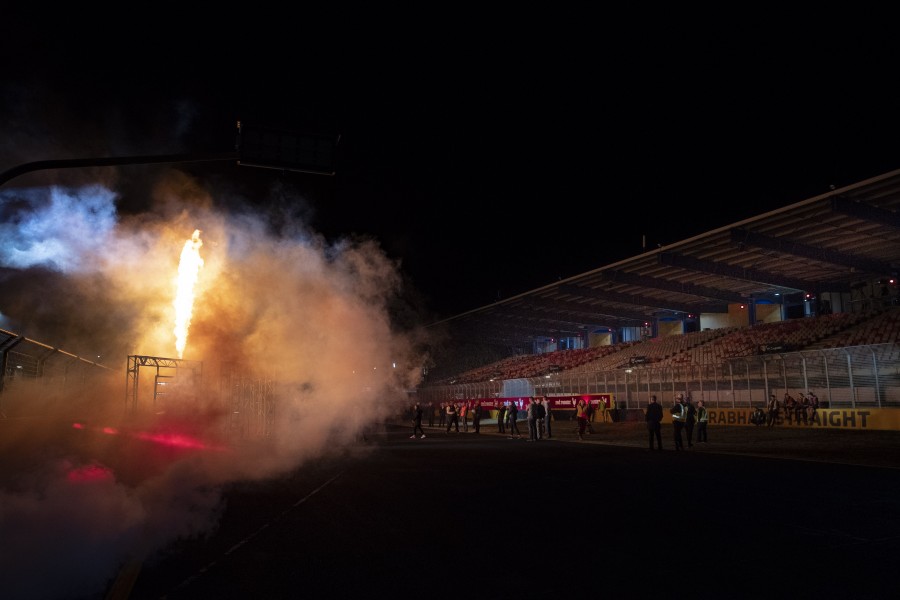 A rehearsal of the pre-race show took place on Thursday

Once the introductions are complete, the cars will be fired up simultaneously and driven to the grid, where a shortened version of the usual pre-race procedures will take place.

Supercars general manager of television and content, Nathan Prendergast, has worked with a leading effects expert from reality television to formulate the evening’s plan.

“I’m really excited about the showbiz elements of the event," Prendergast told Supercars.com.

"We’re aiming to set a new benchmark in how we present our sport."

All of the weekend’s action will be broadcast live on Fox Sports, complemented by a highlights package aired on Network Ten at 3pm on Sunday.

The spectacle has been designed with television and at-track audiences in mind.

Fireworks will be let off along the main straight as the leader approaches the chequered flag at race end, before a further post-race fireworks display from Corporate Hill.

Fire jets and confetti will add fanfare to the podium ceremony, which at the Sydney circuit is directly opposite the grandstand.

“(Former Supercars CEO) James Warburton’s original dream (for a night race) was made for television, but it needs to be considered for both,” explained Prendergast.

“The TV audience is vitally important, but we’ve also got to make a great show for the people who will come out.

“Ticket sales are up 60 percent year-on-year and corporate has sold out, so the concept has been embraced. Now we have to deliver.”

A rehearsal of the pre-race show took place on Thursday night alongside final track lighting tests, undertaken with the assistance of driver Garth Tander.