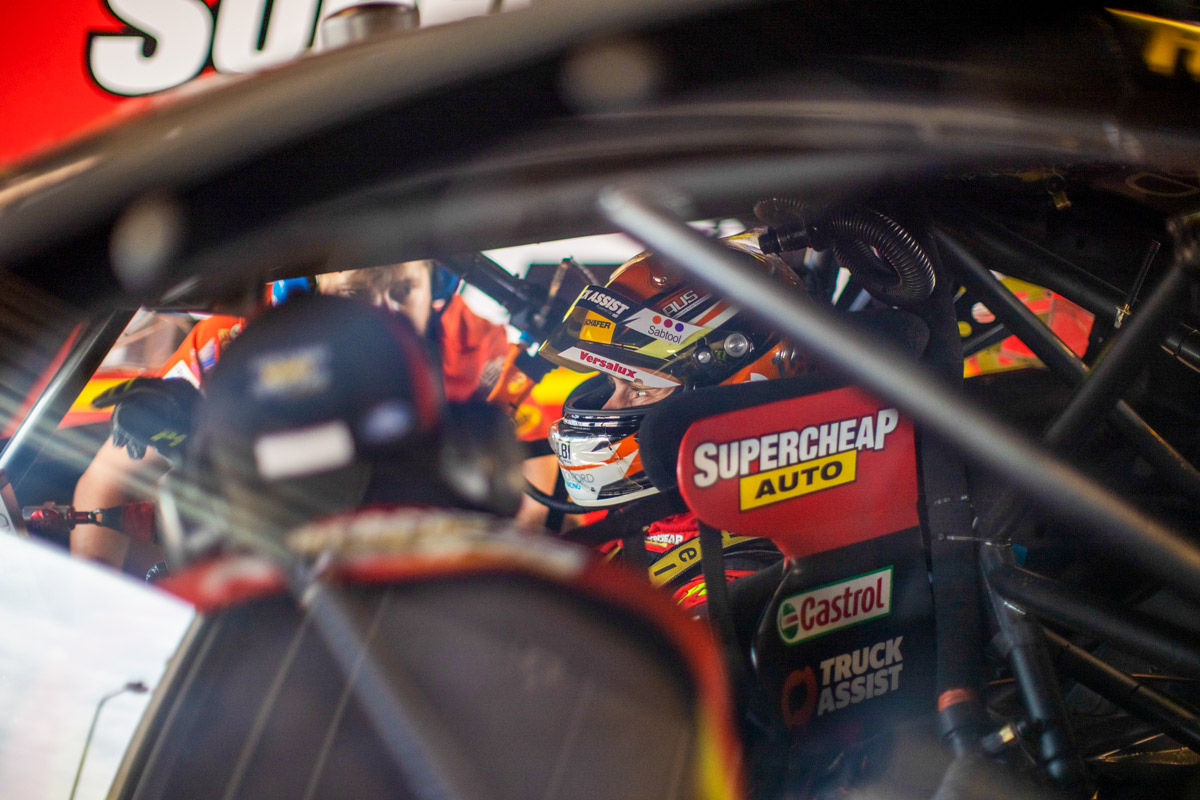 On Saturday, Supercars fans got to see a star in the making as Jack Le Brocq delivered on years of potential.

But when the Supercheap Mustang was widely expected to back that up on day two at The Bend, things frustratingly went awry.

Le Brocq, 28, made clear progress across the recent Townsville doubleheader to be consistently qualifying just inside the top 10.

And while he had a tyre-inspired win at Sydney Motorsport Park in July, his drive to second in The Bend’s opening race was 100 percent on merit with the entire field on a level playing field.

Starting seventh, Le Brocq managed his tyres well to put himself in a position to attack Shane van Gisbergen for the lead of the race.

Although his overtaking efforts at times had more enthusiasm than execution – at one stage drawing the ire of engineer Brad Wischusen – Le Brocq absolutely put himself on the map with the performance.

Yesterday was not so straightforward, however, with qualifying positions of 14th and 11th turning into lacklustre race placings of 10th and 21st.

Le Brocq was forced to make a second stop in the finale, with broadcast vision showing a big chunk of rubber missing from a tyre that had been taken off the #55 car.

“Qualifying was ok, probably a little bit off what we wanted it to be, we had a little more understeer than we wanted, but we were there or thereabouts,” Le Brocq surmised.

“The first race was good, we had ok speed, I was able to climb up four spots and get to 10th and had a pretty cool little drag race to the line.

“But the last race wasn’t that flash, we were trucking along half-ok, then I’m not sure what happened, I just locked a front tyre, and the flat spot was that bad we had to pit again.

“Once we did that we just circulated, I set the fastest lap, but that’s about all the positives from that race.

“It’s a sour way to end the weekend, but I think we took another step forward on our car which is encouraging, hopefully we can do it again next week.”

Tyre life had appeared a strength of the Tickford cars on Saturday but Le Brocq was not their only runner to encounter Sunday trouble.

Cameron Waters lost four places in the final two laps of Race 26 to finish eighth – and the story was even worse for Lee Holdsworth, who limped home in 23rd on delaminated rears.

“It definitely wasn’t the way we wanted to end the weekend after the competitiveness we had [on Saturday],” said Tickford CEO Tim Edwards.

“The weather conditions were a fair bit different today and that seems to have turned the track conditions against our cars a bit.

“Our engineers did well to make changes to the cars for the second race [yesterday], then obviously JC [James Courtney] and Jack had their issues which put a dampener on things.

“On the positive side, Cam did well to accumulate points, and he and Jack have given us a bit of a cushion in the teams’ championship which is good as well.

“Our crew also had the fastest pit stop today of 2.7 seconds, so while the results aren’t quite what we want there are a fair few positives to take away from the day and the weekend.”