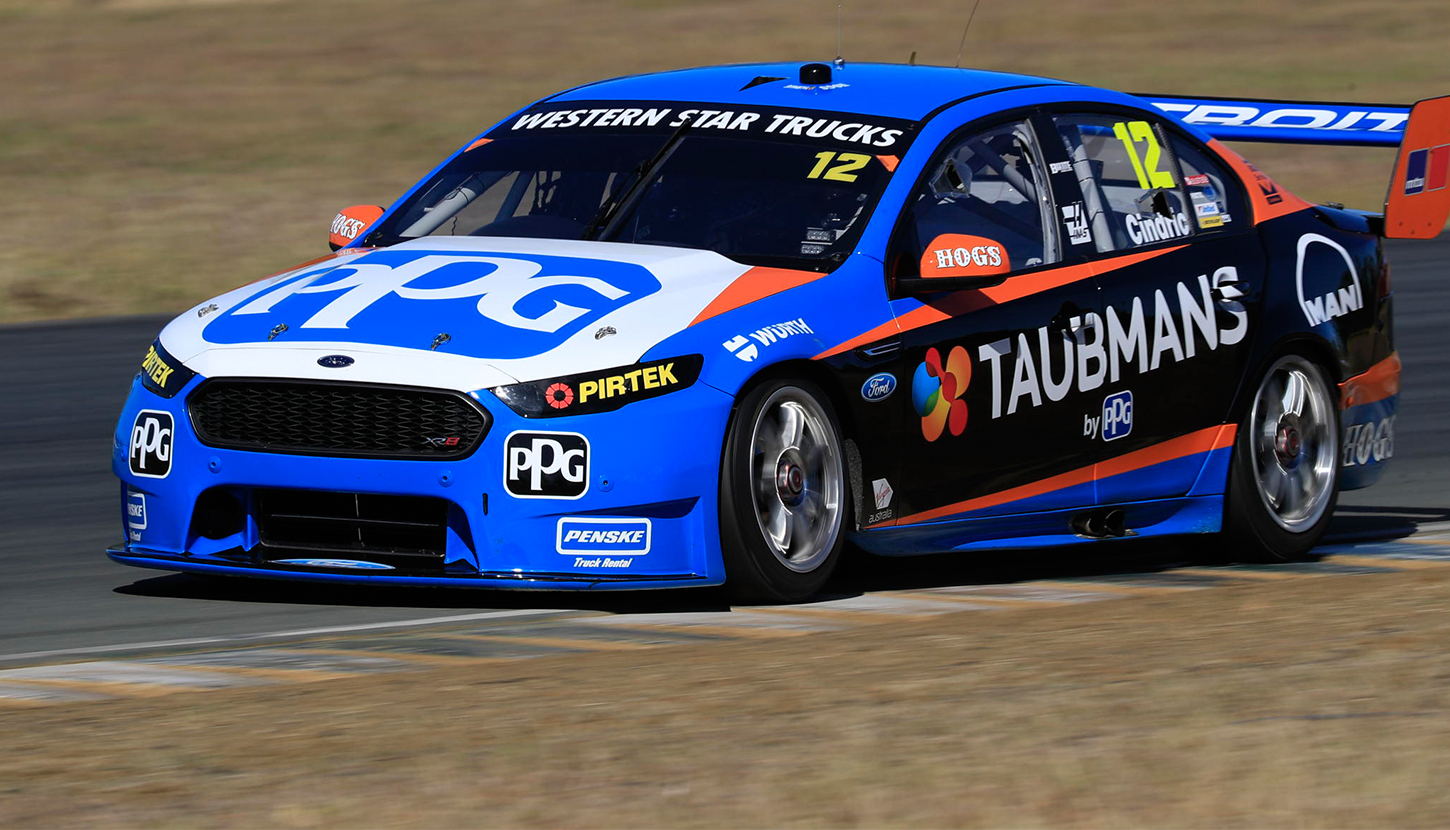 The 17-year old American driver and son of Penske heavyweight Tim Cindric is steering Fabian Coulthard’s Ford Falcon FG X, while the team also shakes down a new car for Scott Pye ahead of the next event in Darwin. 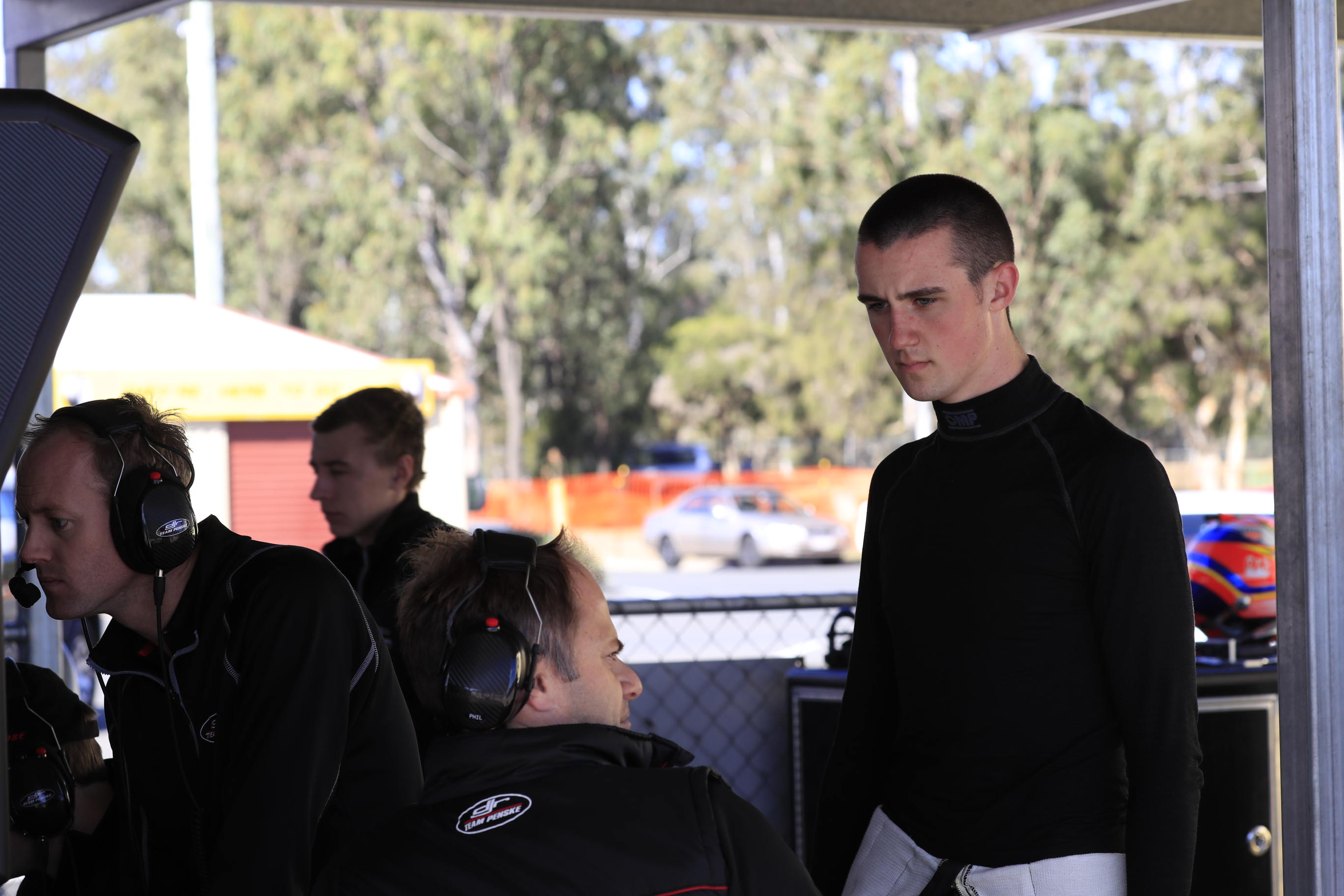 “It’s been a fantastic start to the day,” Story told supercars.com.

“We took the opportunity this morning to have Austin in the car first up, to get his head around it and he did a pretty good job.

“We threw Fabian in, he set a bit if a benchmark … the boys went through a couple of changes to help [Austin] get his head around what they do, he’s not used to driving the car.

“One of the comments he made, he was pretty impressed and surprised by how much of an impact the brake pedal made on him getting his lap-time out of the car. So he’s already given us a good bit of feedback and I think he’s been getting a lot out of it so far.

“Later on in the day we’ll give him an opportunity with a fresher set of boots to see what he can make of it.”

Story said the team had been hoping to get Cindric behind the wheel for some time.

“He’s been a big fan of Supercars for a long time and I know he’s always had one eye on the development series.

“What he’s done throughout his racing career… is effectively jump in and drive anything he get the opportunity to.

“So we’re in a position where we gave a bit of consideration to where we were in the development cycle – in terms of understanding how to best utilise test days we have available – and basically an opportunity presented itself to be able to put him in the car and he went for it. It’s been very good.”

While Story said a wild card entry this year for Cindric was not realistic, he added: “in the future it is something we are certainly looking to keep an open mind to.”

Pye is mid-way through his shakedown, in what is his first new car since joining DJR in 2014. 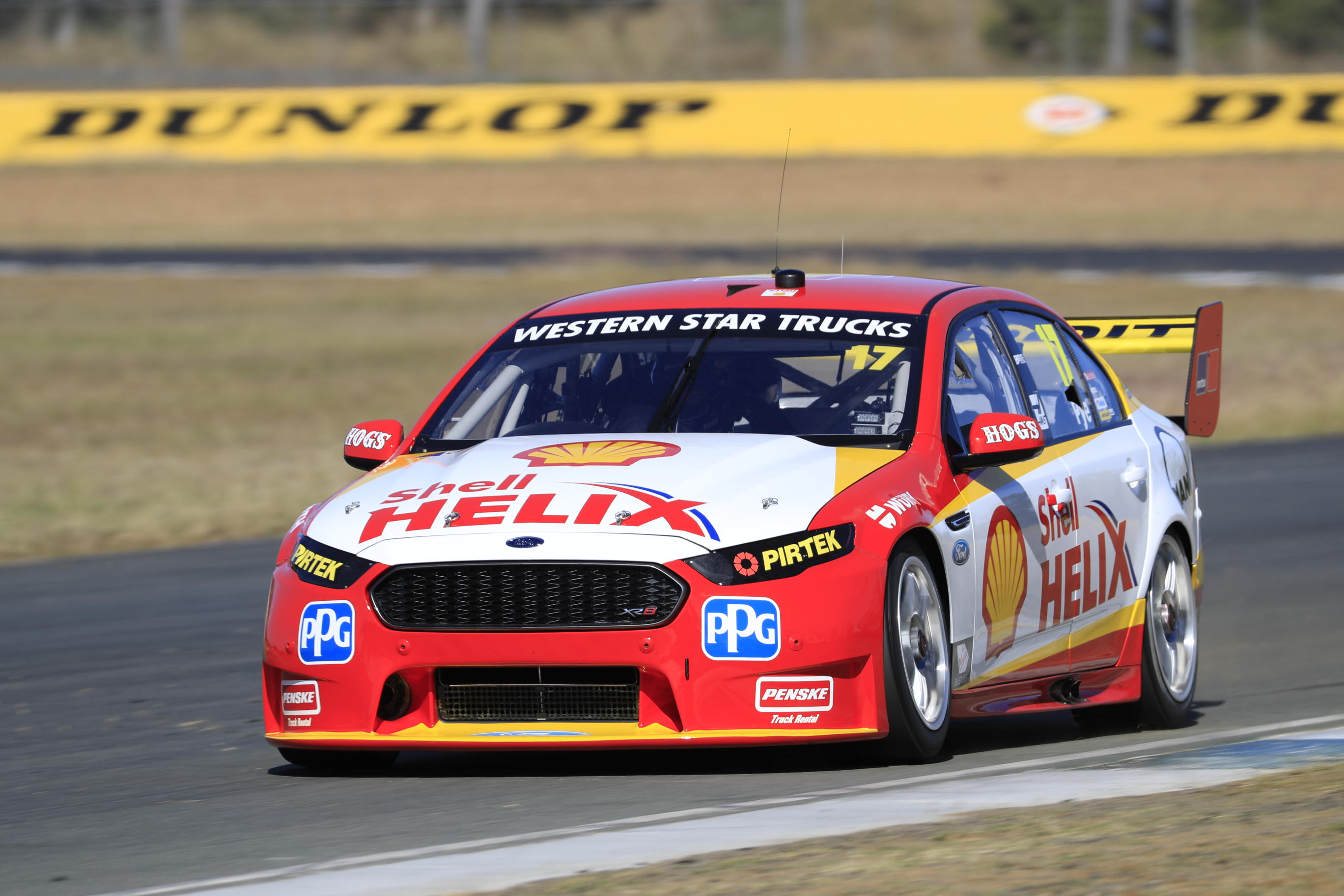 Triple Eight’s three cars are also on track, along with TEKNO, and reports have been positive from both garages.

“I feel like we’ve just been hanging in there this year, which we don’t want to do, we want to lead the pack so we’ve made some big changes."

The six-time champion, who sits third on the Championship ladder, was not thinking ahead to the June 17-19 CrownBet Darwin Triple Crown just yet. 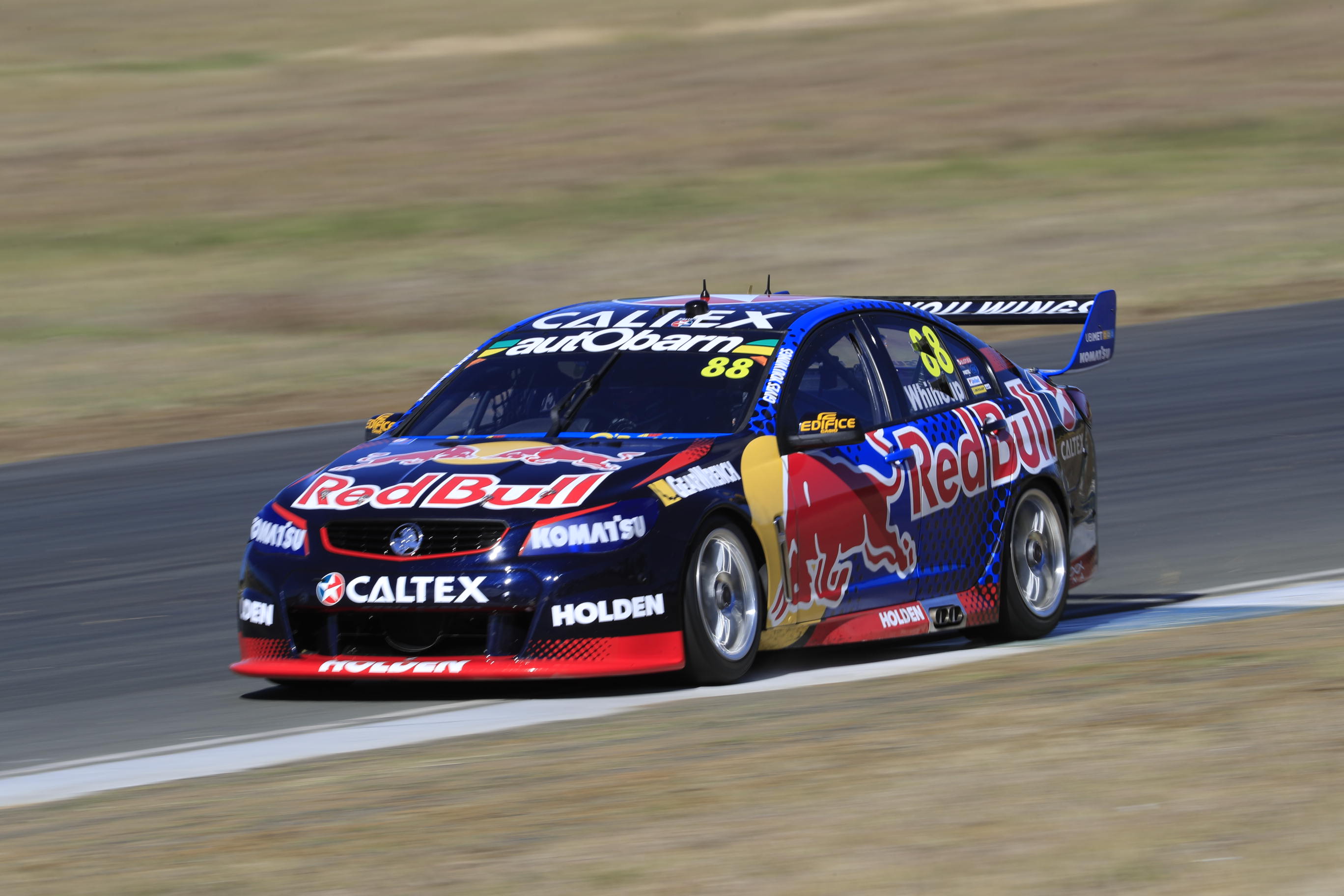 “All our mentality is on today and trying to get the cars better,” he said.

“Davo [TEKNO’s Will Davison] is right here as well, so there's all four cars.

“We’ve got Lee [Holdsworth] here also, so I’m going to return the favour and give him a spin in my car later on and hopefully we can tune it up for him.”

Prodrive Racing Australia is shaking down Mark Winterbottom’s new Ford Falcon FG X at Winton, while Brad Jones Racing elected not to test because of this morning’s weather in Victoria.

New car Monday! Meet Mark Winterbottom's new beast. Chassis 1520 is ready for its shakedown ahead of a Darwin... https://t.co/pK2tQtS8pj