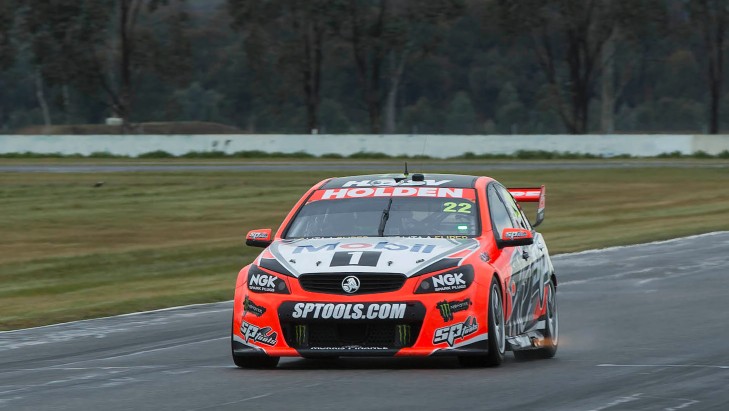 Walkinshaw Racing's test day is running to plan at Winton Motor Raceway, with the rain staying away and all eight drivers having had the chance to steer their Holden Commodores ahead of the Pirtek Enduro Cup.

Ingall and Bourdais have shared cars #22 and #18 with Jack Perkins and Lee Holdsworth this morning. Ingall was last in a V8 Supercar full-time in 2014, while Bourdais last raced in 2012 with Triple Eight and won on the Gold Coast with Jamie Whincup.

Car #2's Garth Tander and Warren Luff, and Supercheap Auto's Tim Slade and Tony D'Alberto have also been on track and working through their own programs.

The group's technical director Mathew 'Techo' Nilsson was pleased with the day's progress so far.

"We've got good development programs across all the cars, [while] still combining a few miles for Russell - having not driven for a while - and Sebastien," Nilsson told v8supercars.com.au.

"So it's just that balancing act between development work we're doing and giving those guys miles.

"The guys are still [getting through] their programs quite well ... I'm pretty happy with how we're progressing.

"Lee's working through some stuff on #18 and we'll given Sebastien some more miles this afternoon."

The team arrived to a wet track this morning, but was able to get through pit stop practice early. The sun is now out and drivers are charging around the dry circuit.

Ahead of the test, managing director Adrian Burgess revealed the team would be looking closely at Holdsworth's qualifying setup after his recent top 10 appearances.

"There's certainly elements of it we're looking at and applying," Nilsson said.

"It's just constant evolution of setup I guess but, for sure, there are components of Lee's setup we're definitely looking at across the other three cars.

"There's some good stuff we'll adapt and [have] learned there, so we're certainly using some of today to understand it."

While Ingall was last with the Walkinshaw squad in 2013, before completing his final full-time year with Lucas Dumbrell Motorsport last season, it seems almost as if he never left.

"It has changed a bit since he's driven one - so he adapted quite well, his pace is good.

"Sebastien has done limited running, but again the feedback he's given with the car is in line with the other drivers and he's comfortable in the car, so we're happy with that."

The team reported no mechanical issues or setbacks, and continues to test this afternoon at Winton.

Stay tuned for updates at v8supercars.com.au.