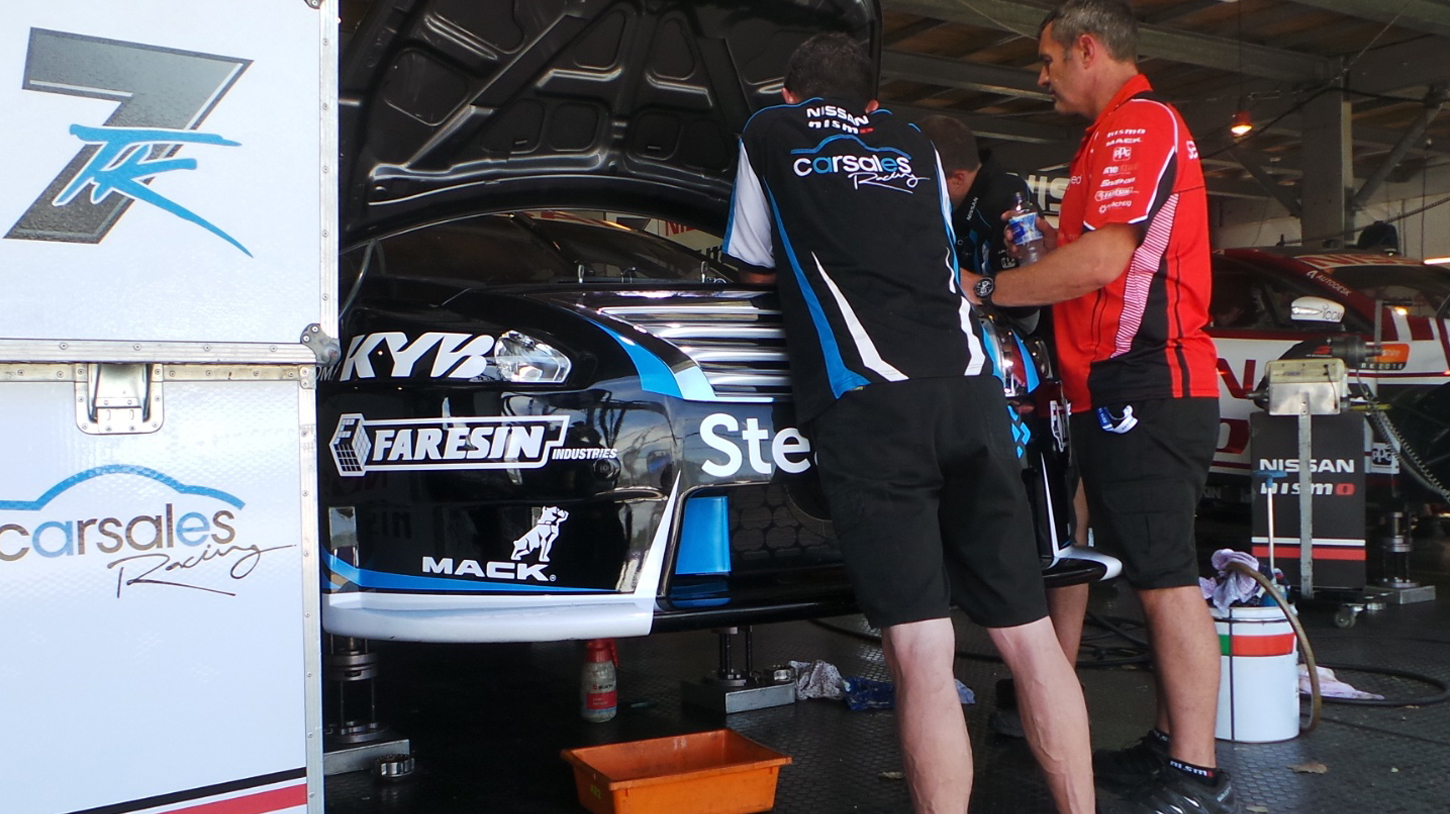 Chaz Mostert has topped the opening practice session of the Formula One Rolex Australian Grand Prix with a whopping 0.67sec margin over Shane van Gisbergen on soft tyres.

A smoky start for Todd Kelly was the defining moment in the first half hour run at Albert Park, his Nissan Altima spewing smoke and sparking flames, the car suspected to have dropped an oil line just five minutes into the session.

Kelly jumped from his carsales Nissan Altima to check under the bottom immediately.

Team manager Scott Sinclair reported the team was still investigating, but didn’t think the issue was a big deal.

Kelly triggered the red flag early on, with Jason Bright leading the way at that stage.

The race went green with 17 and a half minutes remaining, with a number of drivers spearing into gravel traps as they pushed the limits.

Van Gisbergen looked like he had the job done, but Mostert pounced with just over a minute remaining to record a time over half a second faster than the Red Bull Commodore.

The Prodrive pair of Mostert and Mark Winterbottom dominated this event last year.

The second practice session is at 3.15pm local time, with qualifying also running this afternoon.