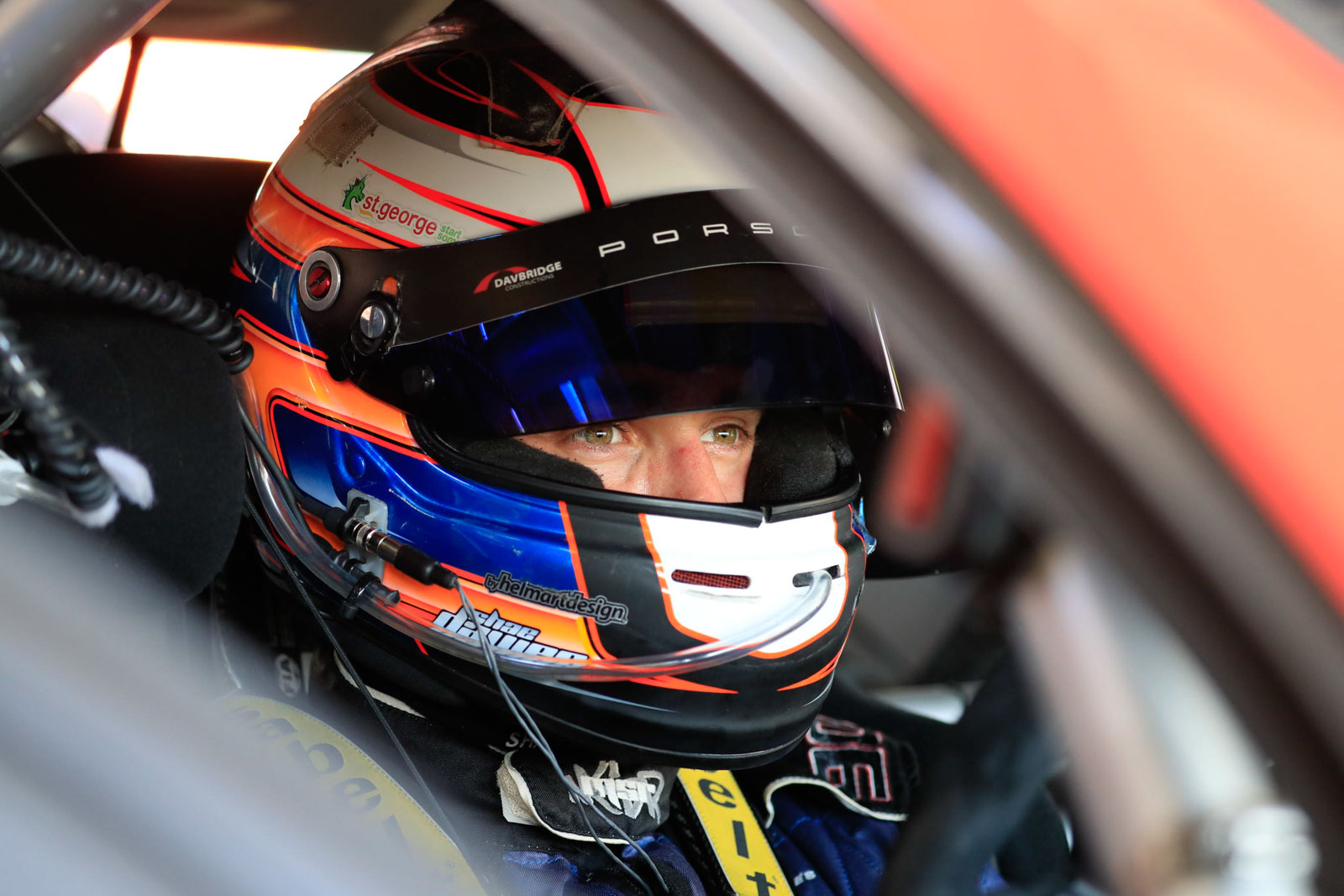 Shae Davies is aiming for improvement each outing in the #4 Erebus Motorsport Holden Commodore, which he is shook down on Thursday at Winton Motor Raceway.

Stepping up from his old spec Supercar in the Dunlop Series to the ‘Car of the Future’ – which is receiving upgrades for the round – the 26-year old Gold Coaster is excited but not over-ambitious approaching his first of what will be a six-round program.

Having signed as a co-driver back in May, Davies has had the chance to be a fly on the wall in the team as it has developed its Commodores.

“Everyone sees it as they’ve been in the series for a few years now and they should have their feet but they started with a blank canvas,” Davies said.

“They’ve gone in a different direction from HRT and all those things take time.

“Fortunately for me I’m jumping in right at the right time when the cars are almost identical between the two and we’re pushing forward in the right direction. So I’m really encouraged by what the team is doing and the car is getting a lot of upgrades so I’m in a good position, I’m happy about where things are moving.

“Dave’s done a great job of pushing and motivating the crew and hopefully having a new driver will motivate them as well, they’ll all get excited and push forward.”

Reynolds is overseas and couldn’t be present at Thursday's rookie day, but Davies was confident in the “brains trust” attending to help make the most of the run (which is allowed in addition to the team’s three test days for the season).

With a best finish of fifth in his second year in the Dunlop Series in 2016, Davies is aware some may think he isn’t ready to step up.

“You’re always going to get that level of negativity, it’s going to split the crowd either way but from my perspective it’s positive and I’ve been given the faith by the team,” he said.

“The team want themselves represented in a good light as well so if they didn’t think it’d be a positive they wouldn’t take the leap.

“I’m positive – I don’t underestimate it, if I just keep the car straight and do a good job for me and every round will be an improvement, so that’s my objective.”

Davies has had success in other categories, winning races in the Porsche Carrera Cup and taking out the 2013 V8 Touring Car national series.

In the Dunlop Series, he battles those in NewGen cars in an FG, and admitted it was challenging tackling the newer makes.

“I make no excuses, the field in DVS is very strong but this year has proved a challenge, it is challenging for any guys in the older gen cars,” he said.

“It’s just myself and Paul Dumbrell punching the old car up the grid and Paul’s got massive experience and I’m just finding my feet … in equal machinery I think we’ll be alright. I’m just thankful of the opportunity and looking forward to it.”