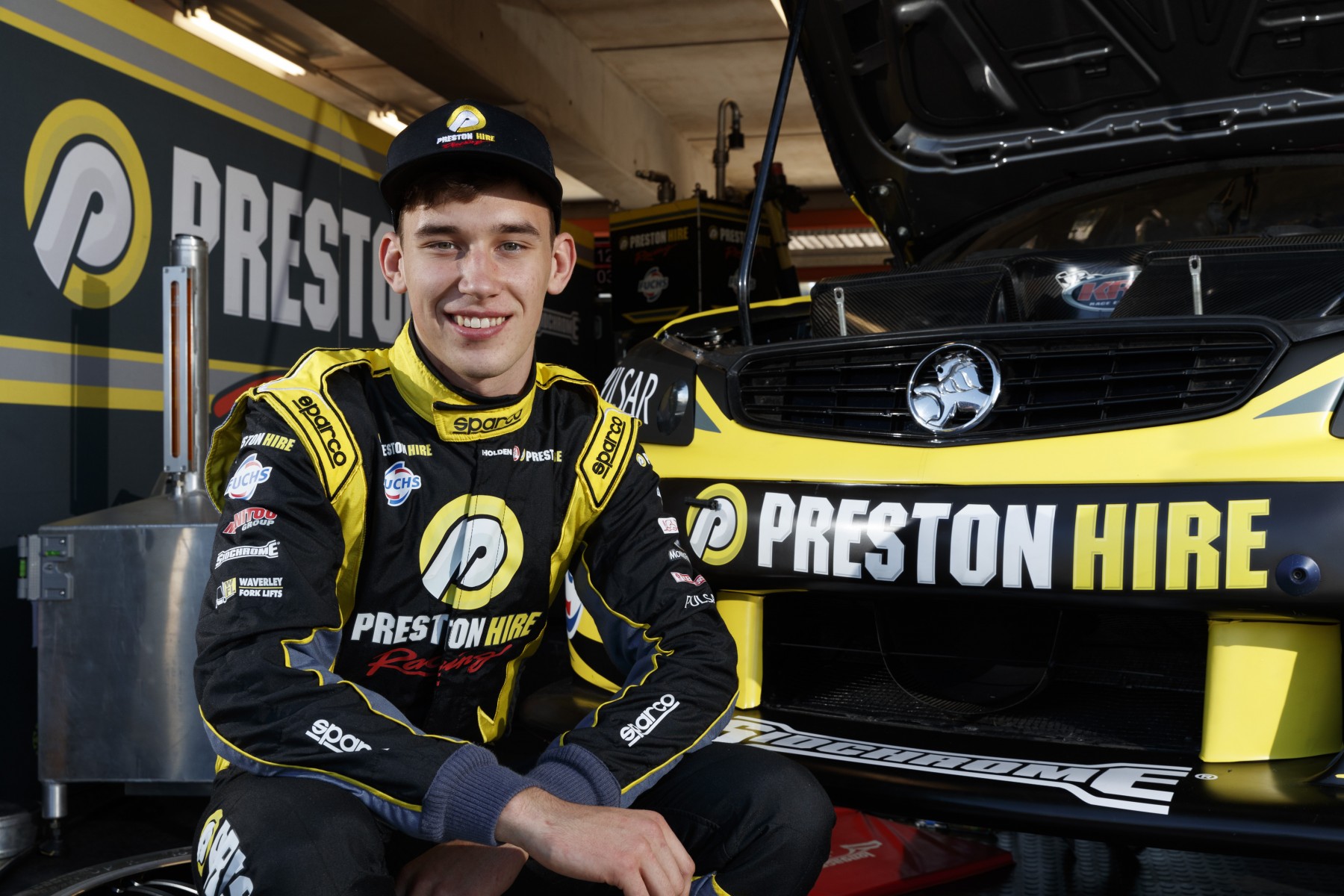 Make the most of a unique opportunity, but go in with realistic expectations. That’s the advice from race winning Supercars driver Lee Holdsworth to 18-year old Kurt Kostecki, who tackles the Virgin Australia Supercars Championship for the first time today.

After a year of racing in development category the Supercars Dunlop Series, Kostecki steps into Preston Hire Racing to sub for Holdsworth, who was injured in a nasty accident at the last round in Darwin.

The opportunity has come suddenly and unexpectedly – but the good thing is, Kostecki has an experienced race winner on speed dial in Holdsworth, as well as an experienced team focused on helping him make the most of his main game chance.

Holdsworth himself stepped up from the Dunlop Series to the main game way back in 2005, and offered Kostecki some simple, but crucial, advice.

“The benefit he’ll get from this is when he steps back into development series he’ll now know what level he needs to get to, to compete in the main series.

“I think it’s going to be a huge eye opener for him and very challenging, but I think if he can just do those things, finish each session and improve each time he gets out on track, he’ll be a lot better off for it and it will certainly help with his progress and his mindset when he gets back in Dunlop Series.”

Having raced at the Reid Park street circuit last year in the development category is a bonus, so he does know the track.

Holdsworth believes the biggest challenge will be qualifying, though there will be plenty to stay on top of.

“In our series 90 per cent of your weekend is based on where you qualify, and with the guys he’s up against, they have a lot of experience in getting the best out of the car on the one lap,” he said.

“Also, giving the right feedback in the session to Bushy [engineer Jason Bush] so they can tune the car appropriately, so that he does get back out there and get quicker each time he has a run.

“The other challenge – and probably the biggest one aside from qualifying – is the level of aggression he’ll experience from the other drivers. No one gives an inch in this category and I think if he can stay out of trouble then he’ll be doing the job right.”

Kostecki has spent time with the team and Holdsworth at the Melbourne workshop in the event lead-up, focusing on procedures and requirements for pitstops, race starts, qualifying, brake warming, tyre warming and ways to look after the soft tyre in the race (which he has never driven on before).

“It’ll be a totally new experience for him on many different levels,” Holdsworth said.

“Getting the pit entry right, getting the pit box exit right, pulling up on the marks, getting the most out of his tyres on that outlap and inlap – you can’t afford to lose half a second or even a couple of tenths.

“This is all stuff that will help him in the long run, being so young … it’ll set him up and puts him in a better position than most in the development series at a very young age.”

Holdsworth will be watching on from home this weekend, watching the TV broadcast closely for any clues that may help the team.

“I’ll be on the phone telling Bushy what tyres people are running, whether peoples’ cars seem soft or stiff, how our car seems to be handling the kerbs and all the rest of it,” he said.

“Obviously I’m only a phone call away if Kurt needs or wants any advice, or has any questions on anything. I’m certainly here to help.”

Holdsworth is suffering from a fractured pelvis, knee and two ribs after the high impact Darwin crash, which updated information recorded it at 95 g. And while you might thing that would be a deterrent to getting back behind the wheel, Holdsworth insists he is more motivated than ever.

“If ever I needed more reminding of how much I wanted to win races and championships – this is it, but I certainly don’t need that reminder! If it does one thing, it makes you more determined for sure.”

There have been no complications in his recovery – it will just take time. He’s aiming for a return for the Pirtek Enduro Cup, which kicks off in September with the Wilson Security Sandown 500.

“The pain is subsiding each day and reality has certainly set in, the last couple of weeks have gone pretty quick but it’s starting to slow down a bit,” Holdsworth said.

“It’s just very tough being in a wheelchair, but fortunately I consider myself pretty lucky I’ll be out of this thing soon.

“There’s plenty of people in a worse position than I am, so I’m seriously determined to get back, win races and do the best job I can in as short a time period as possible.”