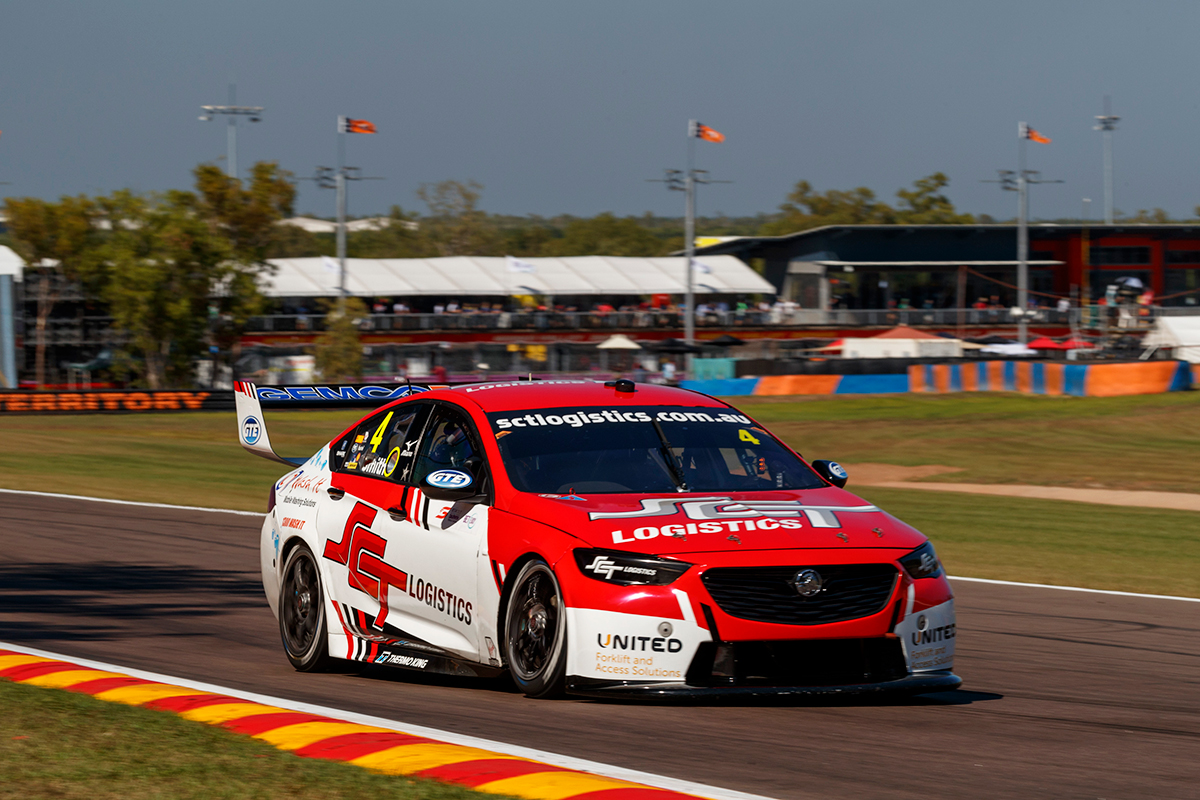 Brad Jones Racing has undertaken a chassis swap ahead of the Watpac Townsville 400, after its incident-strewn weekend in Darwin last month.

Its full-time entries of Tim Slade, Nick Percat and Macauley Jones all suffered heavy damage over the Hidden Valley weekend.

While each was repaired to take part in the Sunday race, further work was required ahead of Townsville, resulting in a change for Slade.

The South Australian will tackle Townsville in the Holden that the team has used for four wildcards so far in 2019, including Jack Smith’s Darwin outing.

Codenamed BJR-006, the car debuted as a VF Commodore in 2016 and was last driven full-time in the championship by Nick Percat in '17.

The car will carry the same Alliance Truck Parts livery in Townsville that Slade used in Darwin.

“It’s no secret that all of our cars sustained a lot of damage across the Darwin weekend,” explained Brad Jones.

“With the travel and turnaround time between events, the pressure has really been on for the guys and girls in our team to do all the necessary repairs to the #14 (Slade), #8 (Percat) and #21 (Jones) Supercars.

“The team do an incredible job under that immense pressure on race weekends to get the cars back out for the next race.

“When we get back to the workshop, the repair work is a lot more detailed and the #8 and #21 cars had to spend a bit of time on the jig and in the production shop to ensure they were all fixed.

“We basically turn the cars around to be like new again.

“As a team we made the decision to use the BJR-006 chassis that we’ve used in the wildcard events for Sladey in Townsville.

“We wanted to spend a bit more time working on the Freightliner Racing Supercar, as we didn’t feel we had enough time to check over it and make the repairs we really needed to.

“Whilst we’re in Townsville, the team back home will spend the required time on it to ensure there are no niggling issues after Darwin.” 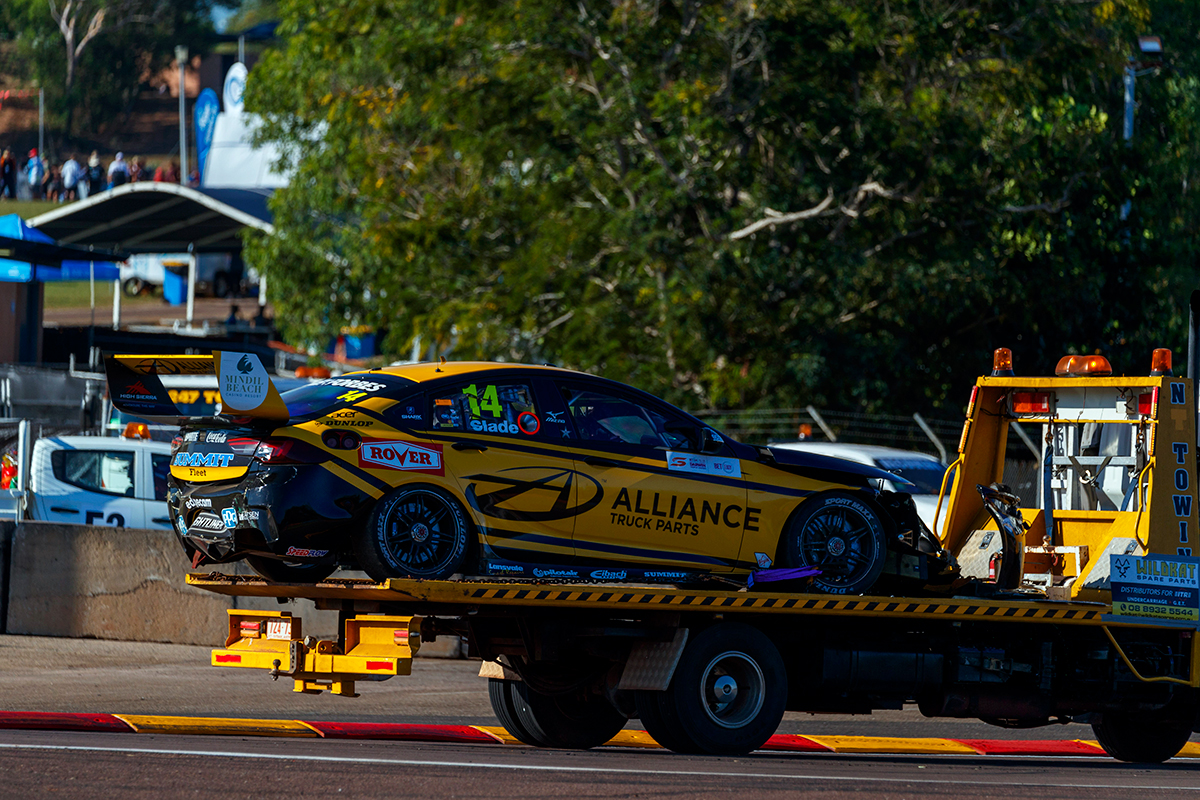 It marks the second time this season BJR has undertaken a chassis change, with Macauley Jones swapping cars following his heavy crash in practice for the Adelaide opener.

BJR will be celebrating a milestone in Townsville, chalking up its 600th Virgin Australia Supercars Championship race.

The team found success in AUSCAR, NASCAR and Super Touring in the 1990s, before making the switch to Supercars in 2000.

Starting as a single-car Ford team with Jones himself at the wheel, the squad expanded to two cars in 2002, and eventually moved to Holden in ’08.

BJR has scored 12 race wins and 15 pole positions, and currently fields cars in Dunlop Super2 and Super3, alongside its main game effort. 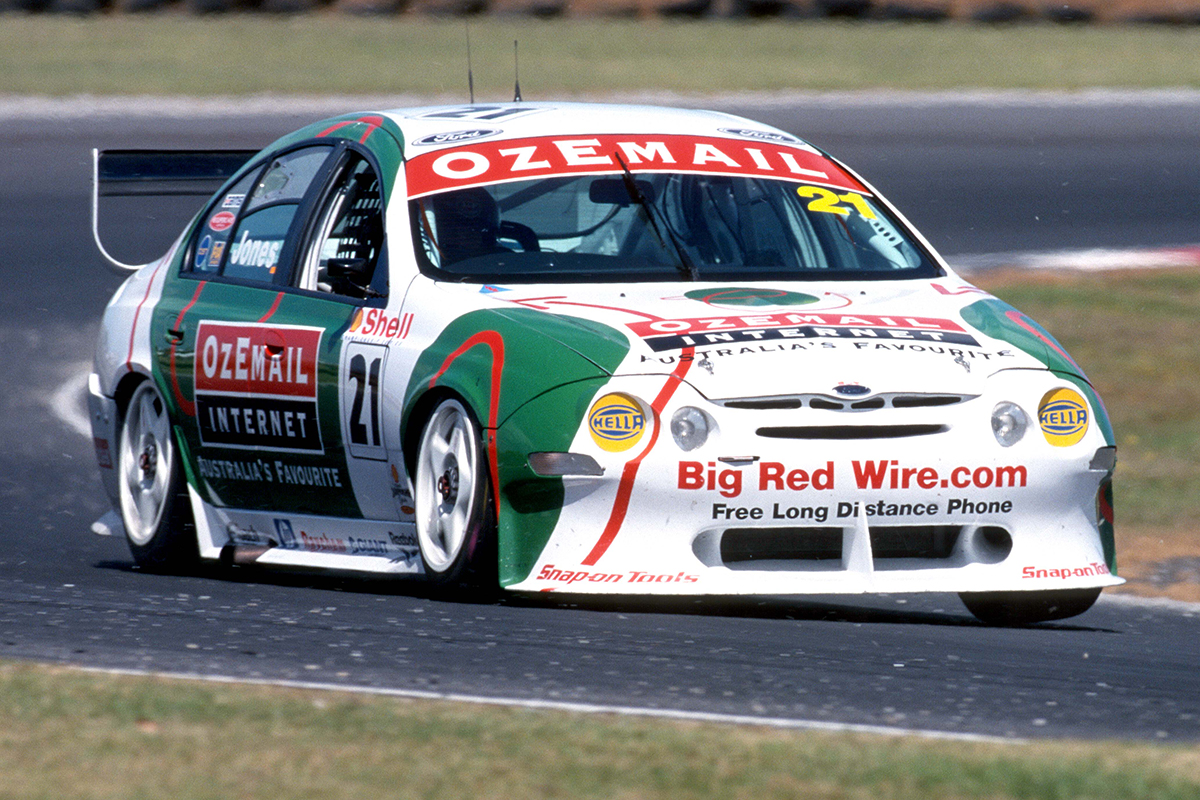 “It’s not something my brother Kim and I set out to achieve, [but it’s] a pretty big milestone to add to the record books,” said Jones.

“Hopefully we can have the opposite weekend to what we had in Darwin, everyone works so hard towards the same goal so it would be great to see that hard work and dedication pay off with a podium finish this weekend.”