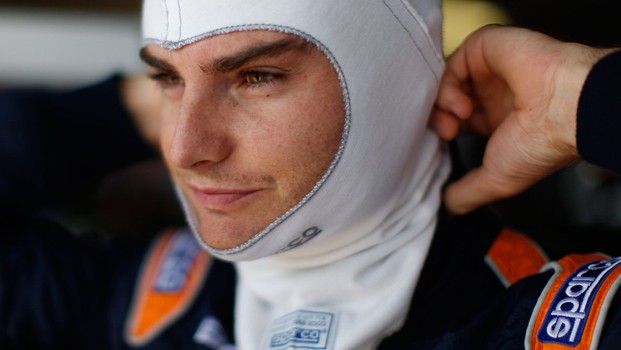 And along with the Mercedes was new-to-2013 manufacturer Nissan, with all four of the field's Altimas appearing in the top 10.

Todd Kelly was the first driver to crack the 1min09s, though by the end of the session that extended through the top eight.

Winterbottom jumped to the top of the times with just under four minutes to go. In the final two minutes Slade recorded a time good enough for the top three, before bettering it again to catapult him into second for the day.

However, drivers say times recorded today have no bearing on where they will end up tomorrow – using pre-marked hard and soft tyres, as well as wet weather tyres, during the day's dry sessions (four for rookies and the bottom half of the field, three for the top half).

The day kicks off with ARMOR ALL Qualifying at 11am local time, followed by a Top 10 Shootout to determine the grid and the third of the year's six scheduled 60/60 Super Sprint races. The 60/60 will unfold in two halves, the second beginning with a double file rolling restart which drivers have said may cause chaos.

The SKYCITY Triple Crown runs until Sunday July 17, with tickets available through Ticketek.

Tim Slade  ›
15' Nissan Motorsport ›
15' Jack Daniel's Racing ›
15' Wilson Security Racing GRM ›
15' Pepsi Max Crew ›
2013 SKYCITY Triple Crown  ›
Stay In The Know
Sign up to the Virgin Australia Supercars Championship Newsletter
This website uses cookies to improve your user experience. By continuing, you will be providing your consent to our use of cookies.Ok