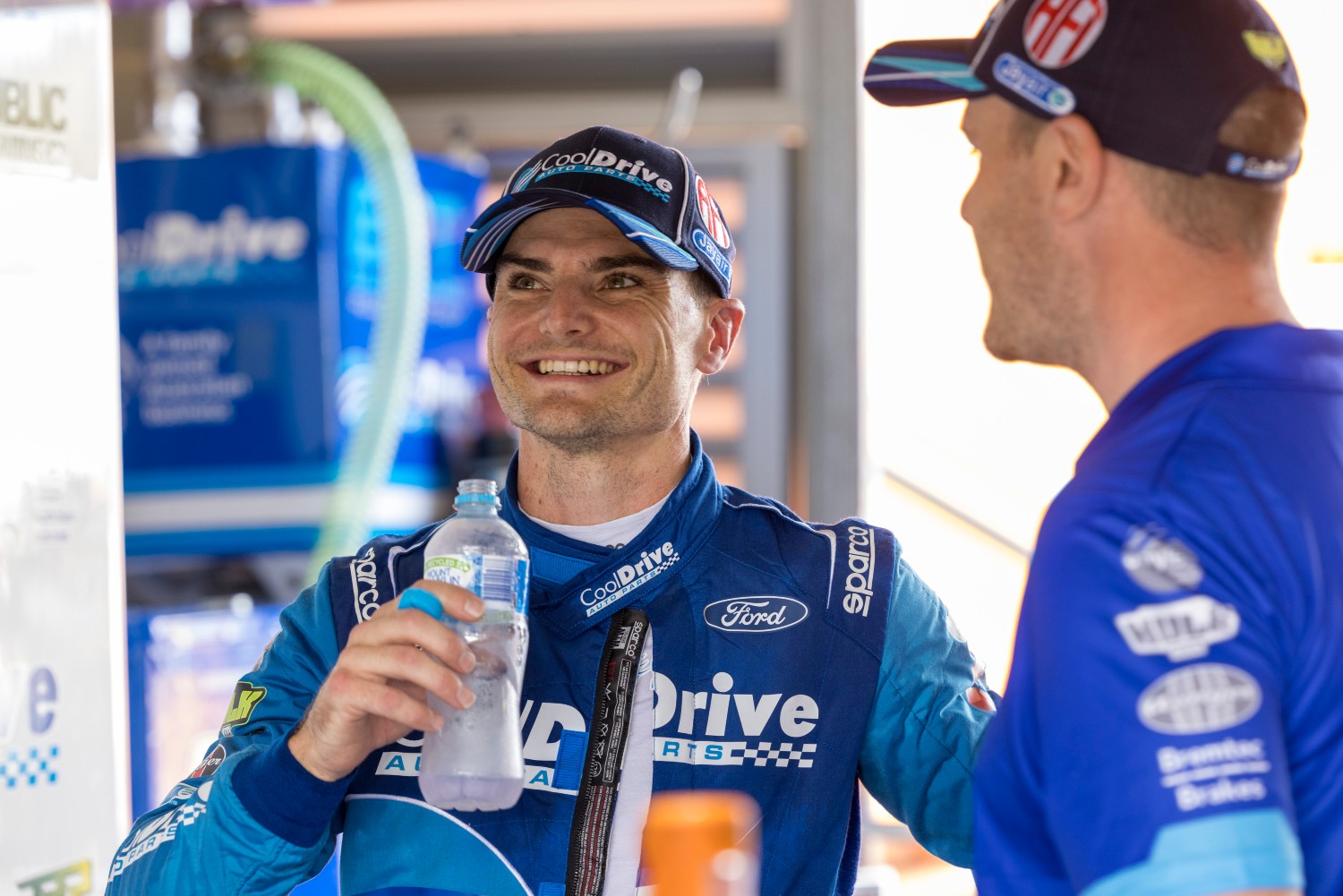 After starting and finishing 14th on Saturday, Slade will launch from the second row for Race 10, lining up beside Race 9 winner Andre Heimgartner for the first of two sprint races.

With dry conditions finally greeting the field for the two qualifying sessions at The Bend Motorsport Park, times began to fall as drivers went out early to assess the conditions.

In the dying moments, the Shell V-Power Racing Team duo of De Pasquale and Will Davison locked out the front row, De Pasquale's 1:48.676s helping him to his maiden ARMOR ALL Pole Position.

Slade’s time was good enough to hold on to third, with the #3 CoolDrive Mustang 0.366s behind the Dick Johnson Racing Mustangs.

Displaying the pace first seen at Mount Panorama in the Blanchard team's first showing in the series, Slade admitted it was the team's work overnight that had made a difference.

“Like probably everyone up and down pit lane, we made some changes overnight,” Slade said.

“We’ve probably got the car a little bit more to my liking, feeling wise.

“I guess we were a little bit off strategy with everyone setting laps later but hopefully we can repeat it in the next one.”

WATCH: SLADE SLIDES OFF THE TRACK

Slade was on another fast one in the final minutes of the session when he locked up and spun off completely at Turn 17.

He will line up alongside Tickford Racing’s Jack Le Brocq for the final 24-lap race at 4:10pm AEST.