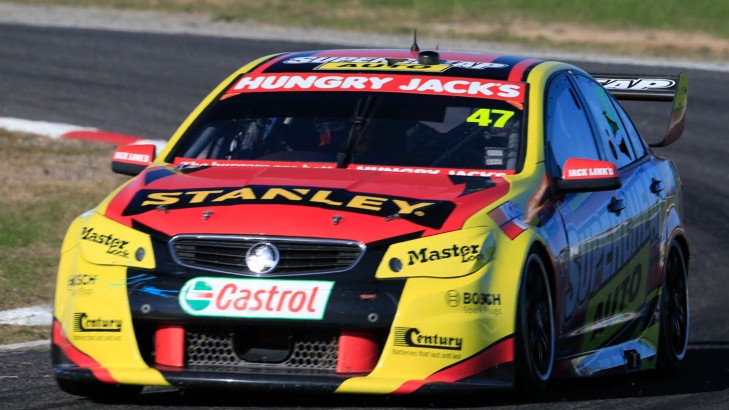 This year, results in the valuable 200km runs have gone begging for the Supercheap Auto racer, with a misfire at the Clipsal 500, fuel debacle in Tasmania and broken suspension in Perth.

All four Walkinshaw Racing Commodores failed to threaten at the last event at Winton, and Slade - who showed promising form in the closing stages of last year's Championship, including podium finishes at the Gold Coast and Sydney - is desperate for the run of bad luck to end.

The 29-year old told v8supercars.com.au promising car pace was what kept him motivated to push forward, and emphasised that despite the results, he and the team were continuing to learn about the car.

"The only thing that's kept me positive through all that is generally our speed has been relatively good - and things are making sense, which is the biggest positive," Slade told v8supercars.com.au.

"Winton is probably the first one of the year where our speed wasn't good and things weren't making sense."

While Winton was tough for the four-car stable - with fifth for Garth Tander on Sunday the best result collectively - Slade took solace in showing similar speed to his Championship front-running teammates, and believes the team has identified the Winton issue.

"[From Friday] through to Sunday qualifying, all four of our cars were covered by a tenth of a second, something in our cars wasn't working at the track," he said.

"I think we came out of that race after debrief with a fair idea of what that was and hopefully we've got a direction to try and fix that problem.

"You can't say it's fixed until you get on track, and sometimes you might not even have that problem until you get to Winton again. But overall, I think it's just made us understand a bit more about the car."

Slade finds himself 17th in the Championship after four point-scoring rounds, but heads to Darwin looking forward to new challenges posed by a resurface and format/tyre change on Saturday.

And while he hasn't had the results on Sundays yet this season, the longer strategy-fuelled races are the ones he enjoys most.

"It'll be an interesting weekend with the change of format," he said.

"Everyone will have a bit more idea of what their cars will do on the soft tyre Sunday, and then Sunday races have generally been pretty good - they're longer, you've got the mix of compound with the tyres, the strategy plays a good part and [there's the] pit stop side of things.

"I enjoy it, my favourite races on the weekend Sunday, I do enjoy the longer races - so I think it'll be a bit exciting."

Hidden Valley is a circuit the South Australian looks forward to, and he welcomes new sponsor K&N Filters to his Commodore this round- as the product is now stocked in Supercheap Auto stores around Australia - which features on the Supercar's front guards and interior. 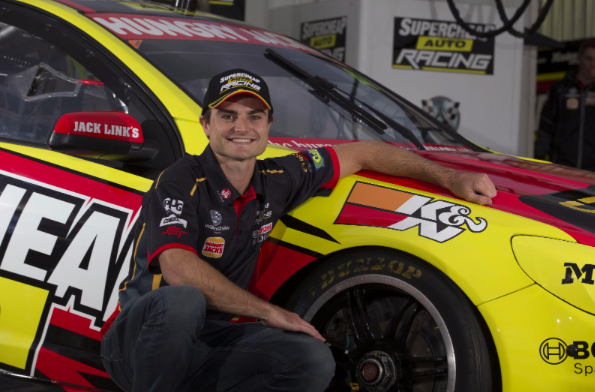 The Darwin track is the site of Slade's first top 10 qualifying result, having made the ARMOR ALL Top 10 Shootout in 2010, and backing it up with what he considers solid results over the years.

And while he must be due another good result soon - Slade will be focusing on doing the best job possible behind the wheel rather than getting superstitious about his fortunes.

"I'm sort of sick of saying luck or whatever else," he said.

"Things were not really going right [this time] last year and same again this year - but we just keep doing our thing, we'll try and get a result out of it.

"I know, Winton aside, if we all do our job properly and I do my job properly we'll get the car to where it needs to be.

"I think the equipment is there or thereabouts to get a solid result out of it, so we'll just keep plugging away and see what eventuates ... I'll keep doing the best job I can possibly do and hopefully that gets us a result."

Slade's contract with Walkinshaw Racing is up at the end of the season, but the racer said nothing had changed since he last spoke to v8supercars.com.au about it in May.

"It's not something you want to keep going too long, but I'm not too stressed at this point," he said.

The SKYCITY Triple Crown Darwin kicks off on Friday - stay tuned to FOX SPORTS 506 for live coverage and Network TEN/ONE for highlights. Click here for the full breakdown.

Buncombe returns to enduros with Kelly

Have fun out there!

2015 SKYCITY Triple Crown Darwin  ›
Stay In The Know
Sign up to the Virgin Australia Supercars Championship Newsletter
We use cookies to ensure that we give you the best experience on our website. If you continue to use this site we will assume that you are happy with it.Ok