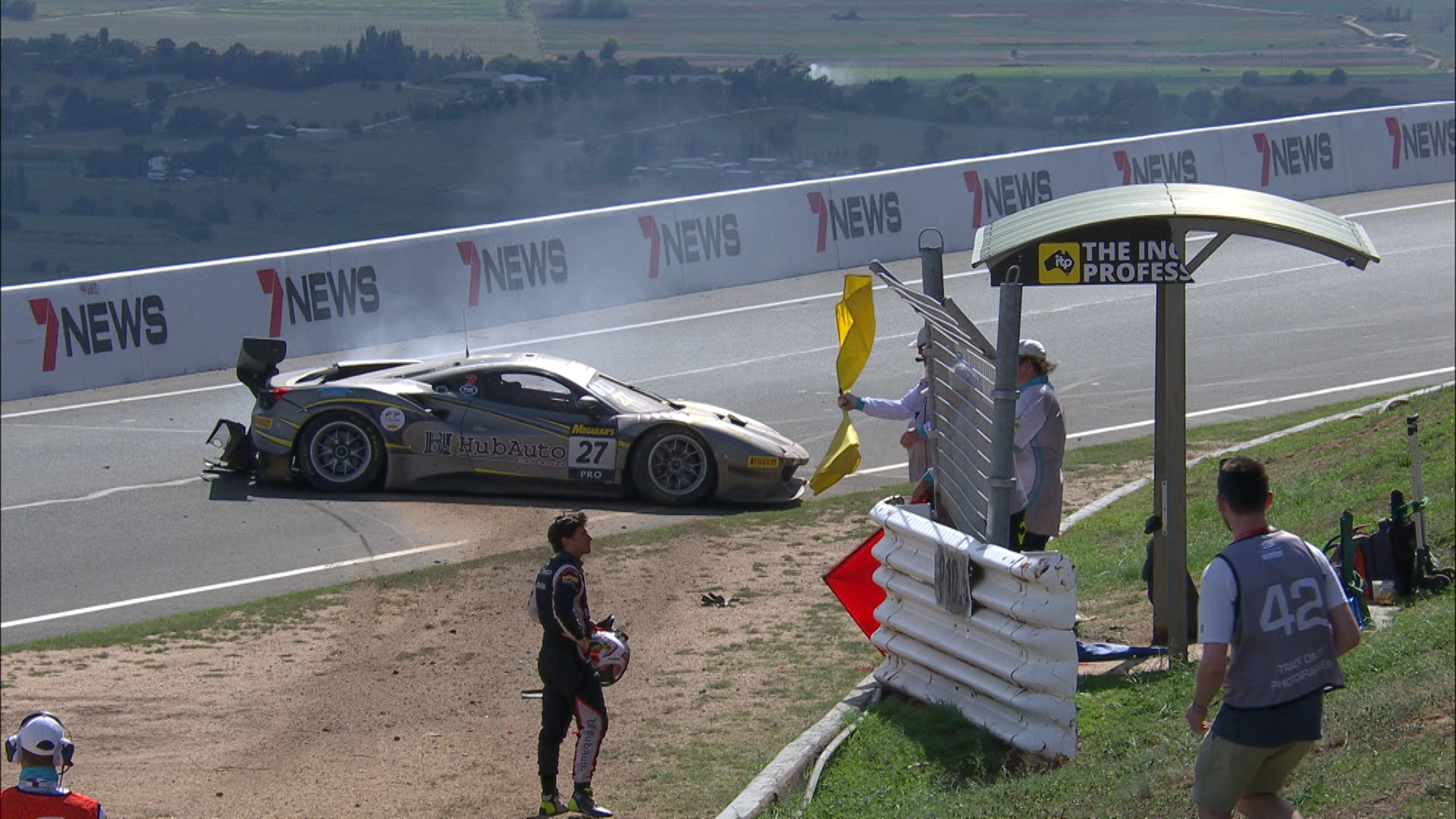 Tim Slade’s HubAuto Corsa Ferrari is out of the Liqui-Moly Bathurst 12 Hour after a practice crash for co-driver Daniel Serra.

Supercars.com understands the car will not return to the track this weekend, although the entry is yet to be officially withdrawn.

“Everything was looking as good as it could be, I was just looking forward to the challenge of tomorrow, getting through the day and seeing what happens at the end.

“It doesn’t take much for things to go pear-shaped. It’s just unfortunate that it missed the tyres there and hit the concrete.

“With these cars, with the engine and gearbox and all of the important bits at the back, when it hits the back it does quite a bit of damage.”

For Slade, it marks a second straight Bathurst disaster after not making it to the end of the first lap in the 2019 Great Race.

“Particularly at the 12 Hour I’ve had more shit here than good, that’s for sure.”

He will be hoping for better fortunes this October when he teams up with reigning champion Scott McLaughlin for the Supercheap Auto Bathurst 1000.

Life as a Shell V-Power Racing co-driver has been good thus far, with the team’s workshop a 40-minute drive from his Gold Coast home as opposed to Brad Jones Racing’s headquarters in regional Albury.

“It’s been amazing to be honest,” Slade said.

“It has obviously been my choice in the past to not live in the same place as the team so it is super handy, it’s sort of like the old SBR (Stone Brothers Racing) days.

“It’s all been really, really good. It couldn’t be better and looking forward to having a skid and teaming up with Scotty later in the year.”

Slade’s next outing in the HubAuto Corsa Ferrari will come in the 4 Hours of Buriram on February 23 – the final round of the 2019/20 Asian Le Mans Series.