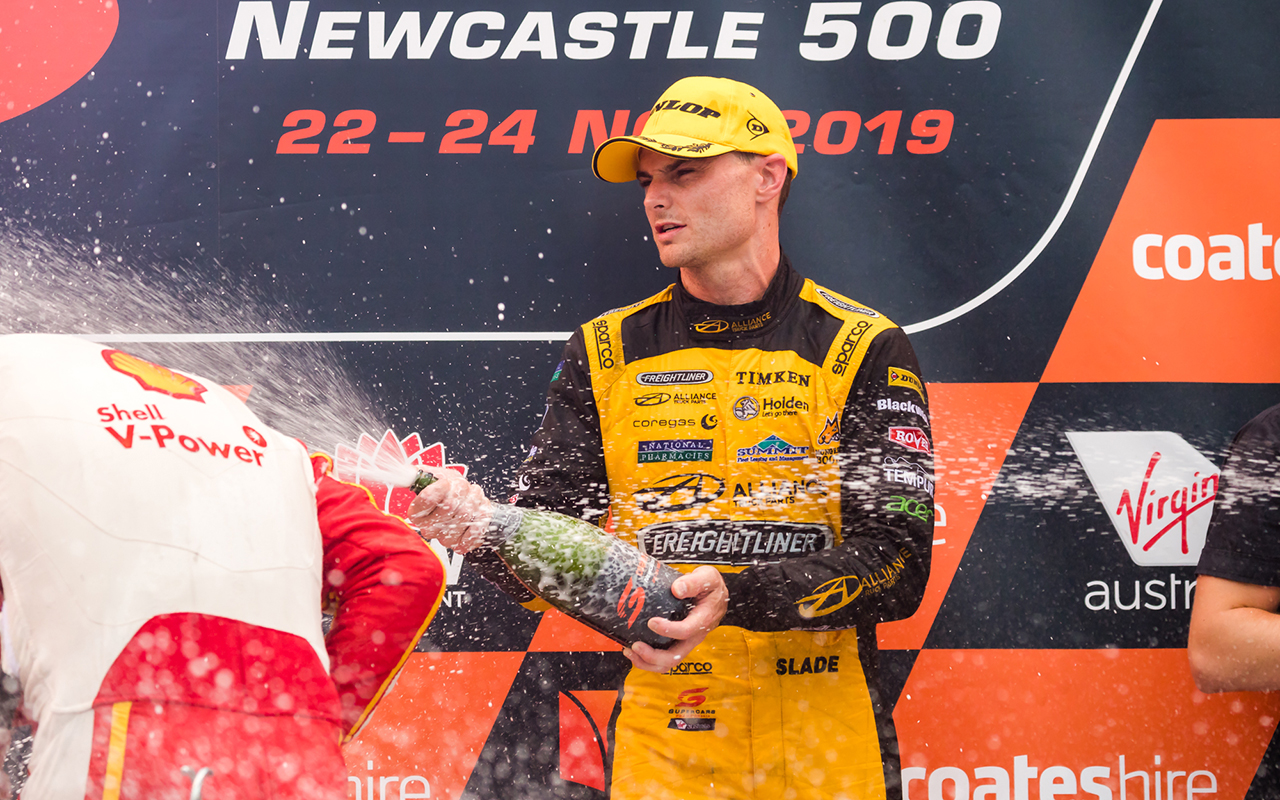 Tim Slade has confirmed his drive to the Newcastle podium today was his last full-time start for Brad Jones Racing.

The 34-year-old’s future has been under question in recent months, having endured a difficult season.

“I won’t be at Brad’s so I’m currently unemployed,” Slade said following his third-place finish.

The two-time race winner was at one stage linked with a move to Matt Stone Racing, but that deal fell over.

Now it appears a mix of co-driving and international GT racing will be the way forward.

He looms as arguably the top pick for the PIRTEK Enduro Cup and hinted his future is close to being sorted.

“At this stage next year, I have a fair idea of what’s going to happen but when all that stuff is signed off then I’ll obviously be ready to announce it,” he said.

Having finished inside the top half of the championship the previous three seasons, 2019 was marred by a run of 15 consecutive races outside the top 10.

Slade salvaged 15th in the standings with ninth place on Saturday at Newcastle and an eighth to third drive 24 hours later. 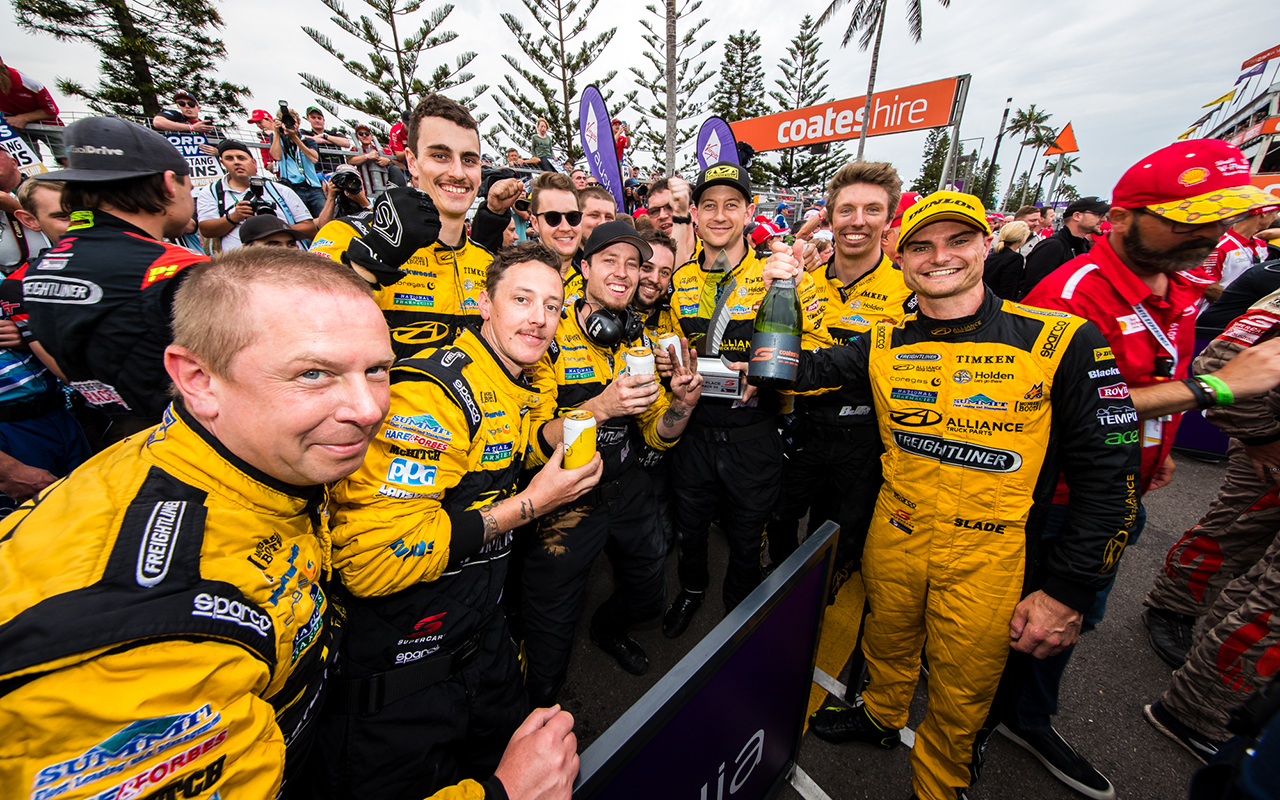 It marks Slade’s second Newcastle podium and one last piece of silverware from a BJR tenure that includes a 2016 Winton cleansweep.

“It has probably been the hardest period in my career,” he said of this year.

“I have thought it has been hard previously when you have one or two weekends that have been tough and nothing makes sense.

“And then all of a sudden it does and you get some good results and can be competitive with your teammate again.

“So it has been frustrating but on the other hand my best memories have been with BJR. I have a really, really good relationship with Brad.

“He’s an awesome person and I think we’re both pretty similar people. I got my first wins with Brad and there’s an awesome team of guys and girls there.”

Slade put his post-Pukekohe turnaround down to a find his engineer Tony Woodward made.

He does not expect his Newcastle form to sway his 2020 plans, though.

“It can only help but I think a lot of the things that have sort of been done behind the scenes leading up to this weekend, it probably doesn’t affect it too much,” Slade said.

Todd Hazelwood has been linked to join an expanded BJR outfit for next season alongside the confirmed seats of Nick Percat, Macauley Jones and rookie Jack Smith.

Tim Slade  ›
SCT Logistics Racing ›
Stay In The Know
Sign up to the Repco Supercars Championship Newsletter
We use cookies to ensure that we give you the best experience on our website. If you continue to use this site we will assume that you are happy with it.Ok